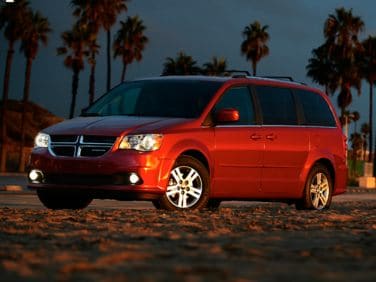 All About Dodge Grand Caravan

The Dodge Grand Caravan has a storied history. Introduced for the 1984 model year, the Caravan was a revolution in high-capacity people movers, leap-frogging over the station wagons of the day and eventually spelling the end of the full-size domestic wagon. Dodge's Caravan seemingly could do it all – carry seven passengers plus a full load of groceries or camping gear – and this utility translated into sales so spectacular that they almost single-handedly dragged Chrysler back from the brink of bankruptcy.

Fast forward to 2008, and the world is a very different place. The competition may have caught up, and minivans may have lost significant market share to both crossovers and SUV's, but the Dodge Grand Caravan is still a very capable vehicle which as a lot to offer families looking for extra, comfortable space. Dodge has focused on making the interior of the van as configurable as possible in order to accommodate a wide variety of hauling needs. One of the most innovative features to be found inside the Grand Caravan are ‘Stow 'N Go’ seats, which fold flat into the floor in order to unleash the full potential of the van’s 143 cubic feet of storage space. The system makes folding the seats incredibly easy, and all seating behind the driver can be flat in less than a minute.

Dodge has also recently introduced ‘Swivel 'N Go’ seating, which can rotate the second row of seats to face the third and allow for greater interaction between passengers. Not only that, but a table which is stored in the floor can also be deployed to create a mobile work area. There is really nothing else like this on the minivan market, and the usefulness of this seating configuration makes it hard to believe that it took this long for automakers to implement it. The seats and the interior can be had in easily washable fabrics and materials, making it simpler to keep things tidy in the face of a full family or soccer team onslaught. The Grand Caravan is also available with a DVD entertainment system to keep everyone in the rear seats quiet during longer trips.

There are three different engines available in the Grand Caravan. The base model makes do with a 3.3 liter V-6 that generates 175 horsepower and can be run on E85 Flex Fuel. While adequate, the fact that both the the larger 3.8 liter V-6 and range-topping 4.0 liter V-6 make considerably more power (240 horsepower in the 4.0) and yet still return excellent fuel economy presents a strong case for ticking off the engine upgrade box on the options sheet. The 3.3 liter is mated to a 4-speed automatic transmission, but each of the more powerful V-6s comes with a more modern 6-speed auto.

The Dodge Grand Caravan is at the head of the pack when it comes to interior design and innovative features in a minivan. While the driving experience may be more stodgy than a crossover, the excellent ride height and easy loading make it a strong contender in the field of high-capacity passenger vehicles.

The 2009 Dodge Grand Caravan had several small updates of the 2008 version of the vehicle. Because the ’08 model had been updates significantly over the past versions, the ’09 model doesn’t vary terribly far from those updates. The ’09 model does have an expansion of the standard features that are included in the base and SE models. At the higher end, the SXT also comes with a few extra features standard.

All models of ’09 Dodge Grand Caravan have improved brakes over the ’08. The SXT models that include the 4.0 liter engine option include a new style of suspension- a sport-tuned, Euro-styled model. It now comes with a 3.89 liter, V6 Flex Fuel engine as standard.

The seating may be the most obvious change in the ’09 models. The seating system called Swivel ‘n Go was introduced in ’08, and there are small improvements to the system to give the seating more possible positions. This allows more customization of the seating positions in the minivan in order to foster the “family room” feel inside the vehicle. The ’09 Caravans also have the first entertainment system like it to be featured in a minivan. The entertainment system includes two DVD players and SIRIUS Backseat TV that comes connected to family channels like the Disney Channel and Nickelodeon.

The ’09 models are available in SE and SXT. The SXT has a new ’09 option for a 4.0 liter, V6 engine. The new engine is a 240 horsepower and produces 253 pounds of torque. The 3.9 and 4.0 liter engines have a new transmission type paired with them in ’09. A six-speed automatic system is paired with these engines while the 3.3 liter, V6 engine is paired with a four-speed automatic in ’09. The ’09 SE models come standard with a 3.3 liter V6 engine with 175 horsepower.