The last time Dodge sold a compact sedan was back in 2005 with the Neon. Since that time, Dodge hasn’t had a true contender in the compact marketplace. That was until last year when the brand introduced a new compact sedan wearing a nameplate that was last seen in 1976. Introducing the 2013 Dodge Dart. Dodge has done an excellent job of making the 2013 Dart a standout in the crowded compact car marketplace.

All engines come with a six-speed manual. The 2.0L and 2.4L can be equipped with a six-speed automatic, while the 1.4L turbo can be equipped with a six-speed dual-clutch transmission. The big story with the Dodge Dart is the amount of customization that can be done to it. With a choice of six different trims (SE, SXT, Rallye, Aero, Limited, and GT) and a long option list that includes a reconfigurable gauge cluster, eight-inch touch screen, heated front seats and steering wheel, variety of wheel options, and other items, you can make a Dart that fits your needs. So how much for a 2013 Dodge Dart? A base Dart SE starts at $15,995 and climbs to $19,995 for the Dart Limited. Competition for the Dodge Dart include the Chevrolet Cruze, Ford Focus, Honda Civic, and Hyundai Elantra. 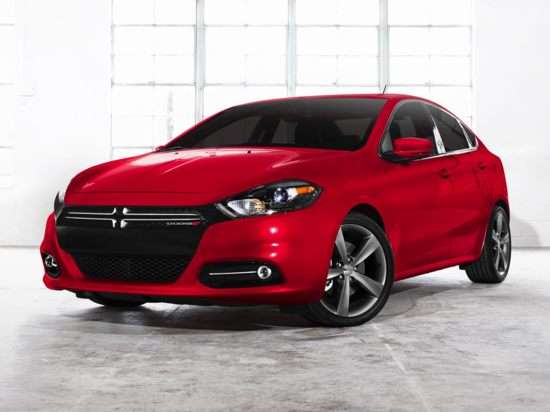