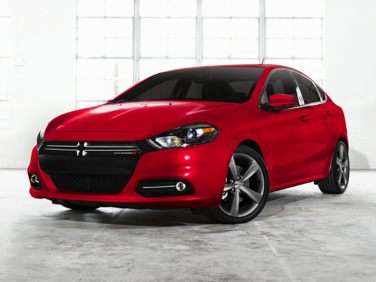 All About Dodge Dart

The Dodge Dart is a rarity among American cars in that it started out as a full-size car before ultimately becoming a compact. The Chrysler Corporation built the original Dodge Dart from 1960 to 1976. After a 36-year hiatus, Dodge put the Dart name back into production as a 2013 model during the 2012 model year. To date, there have been five generations of the model.

The Dart came about because Plymouth was being spun off into its own dealer network. With the departure of the Plymouth lineup from Dodge showrooms, the Dodge division needed a new, lower-priced offering.

The Dodge Dart enjoyed immediate success. Based on a Plymouth platform, it offered a choice of three engines, a 3.7-liter inline six, a 5.2-liter V8, and a 5.9-liter V8. Dodge added a 6.3-liter V8 to the roster in 1961. Mopar nuts will recognize this engine as the venerable Chrysler 383.

The second generation of the Dart appeared in 1962, as a smaller car with all-new styling, uni-body construction and what Chrysler engineers termed “Torsion-Aire” torsion bar front suspension. The platform upon which this car was based was employed until 1981, although this was the only year it would be fitted to a Dart.

The third generation Dart appeared in 1963 and once again exceeded sales expectations. Riding a new platform, it was smaller, lighter, and more economical. A choice of two six-cylinder engines were offered along with one V8, although not a particularly high performance one that year. Later, and the first time the “Charger” name was ever employed was on the 1965 performance-oriented version of the Dart. The 1965 model year also saw the introduction of disc brakes and air conditioning.

The fourth generation Dart went smaller yet again for 1967. This Dodge featured all-new styling with a decidedly sleeker appearance. The Dart also got a new steering system, a wider front track, and was configured to accept much larger engines. This being the beginnings of the muscle car era, Chrysler put the Dart to good use in the performance arena—ultimately fitting it with its almighty 440 cubic inch (7.2-liter) V8. A convertible Dart variant also appeared for the first time during this generation’s run.

The current Dodge Dart is based on the Alfa Romeo Giulietta. Employing a different layout (front engine/front-wheel drive) and being smaller than ever before, the 2013 Dodge Dart still fills the same basic niche in the Dodge lineup. Small and economical, but with a youthful orientation, the 2013 Dodge Dart is the contemporary equivalent of its 1967 ancestor.