It's been a few days since the 2015 Dodge Charger Hellcat was in the news, but the readers at BoldRides.com-—the growing online auto community and image library—have rectified that situation: Per their recent voting, the 2015 Dodge Charger Hellcat has been named the official 2014 Bold Ride of the Year. Making the honor particularly impressive, the world's fastest, quickest and most powerful sedan collected some 54 percent of the votes despite competing against the likes of the Chevy Corvette Z06, Lamborghini Huracan and BMW i8.

Of course, beyond those exotic coupes, the 2015 Dodge Charger Hellcat also happens to be the most powerful production sedan ever unleashed in the marketplace, and it's the quickest and fastest sedan ever as well. The tale of the tape here shows a 6.2-liter supercharged HEMI V8, with outputs of 707 hp and 650 lb.-ft. of torque, and the ability to reel off quarter-mile times of 11 seconds. With street tires. A superior sets of Brembo-backed stoppers is in the mix as well, enabling a 0-100-0 times of fewer than 13 seconds, and the top speed is more than double that mark, at 204 mph.

Unsurprisingly, Jeff Perez, content director for BoldRide.com, said: "After driving the Charger Hellcat we were completely convinced it was one of the boldest rides of the year. You get huge amounts of power, a sophisticated design, and affordability all in a single package.

“It’s a car that represents everything right with the American auto industry."

And remember, the Hellcat is just part of a 2015 Dodge Charger lineup that also was recently honored for its high retained values, earning this year's ALG Residual Value Award in the Fullsize Car category.

According to Larry Dominique, president of ALG: "We've seen some amazing used-market retention from the Charger over the years, and buyers clearly love its unique execution. With the improvement Dodge has baked in for 2015, it should continue to lead the Fullsize segment going forward." 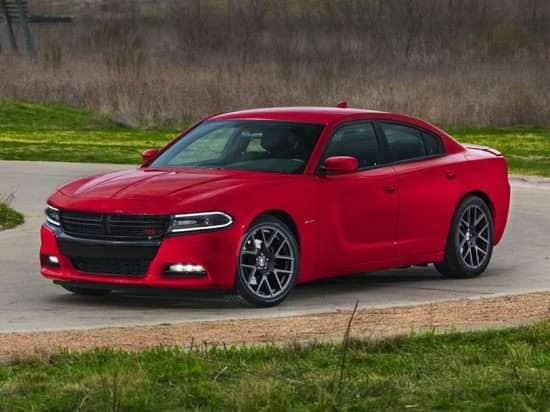