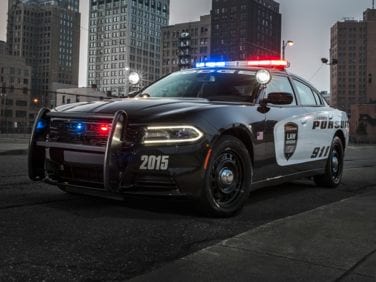 All About Dodge Charger

It is always dangerous to play around with a brand’s legacy. A good case in point is the Dodge Charger. Originally, the Charger was a two-door muscle coupe that formed the backbone of the Dodge performance lineup in the 60’s and 70’s. However, as the fuel crisis came and went, the Charger devolved into little more than a bloated two-door sedan. Perhaps the greatest indignity of all came in the 1980’s when the nameplate was revived only to be affixed to a 4-cylinder, front-wheel drive econobox. In 2006, Dodge produced yet another iteration of the Charger, and while it was rear-wheel drive and V8-powered like the original, this time purists had their feathers ruffled for another reason: the Charger had four doors instead of two.

Regardless of the politics of original Charger devotees, the 2008 Dodge Charger is an excellent vehicle which has helped the company recover a significant amount of the large sedan market. Based on the same LX platform as the Chrysler 300, which is in turn derived from technologies shared from the company’s brief partnership with Mercedes, the Charger is a thoroughly modern, powerful full-size sedan. The Charger eschews the high-sided styling of the 300 to go with a more thick, aggressive look which characterizes the entire Dodge lineup. The vehicle has a distinct performance-oriented appearance which is complimented by a large crosshair grille and sinister tilted headlights.

Inside, the base SE has a fair amount of standard equipment, with comfortable cloth seats and good passenger room. Cruise control and air conditioning round out the interior features. Upgrading to the SXT adds power seats, leather accents and a much nicer stereo system, along with a sportier exterior appearance and the option of all-wheel drive. The R/T is the apex of the Charger’s trim levels, and it provides 18-inch wheels, heated seats, dual-climate controls and an optional driver information system which includes a special display. A number of performance-oriented packages can be had with the R/T in order to add stripes, wings, a stiffer suspension and other high speed goodies.

The SE comes with a 2.6 liter V6 which generates 178 horsepower, but buyers would do well to stick with the SXT’s 3.5 liter, 250 horsepower V6, which is much more capable of moving the heavy sedan. R/T owners benefit from Dodge’s 5.7 HEMI V8, which produces 340 horsepower and uses cylinder management technology to shut down up to 4 cylinders while cruising in order to increase fuel economy. The SRT8 special edition of the Charger shoehorns a 425 horsepower, 6.1 liter HEMI V8 under the hood for an extra dose of tire-roasting fun. All versions of the car use automatic transmissions to transmit power to the rear wheels, while the SXT and R/T are both available with all-wheel drive.

The 2008 Dodge Charger is a good choice for anyone who needs a roomy four-door sedan but who doesn’t want to sacrifice the feel of rear-wheel drive, V8 performance. With prices starting just above $20,000, the Charger is competitive with several much smaller sedans on the market.

The 2009 Dodge Charger is basically the same car at the 2008 Charger, but with a few notable changes. The Charger is available in SE, SXT, R/T and SRT8 trim levels. All models got a taillight revision, while the R/T had the most changes.

Horsepower has been increased for the R/T model by way of a 5.7 liter Hemi V8. This engine bumps up the horsepower to 368, up from 340 in 2008. The torque also gets a small bump with 398 feet pound of torque rather than the 390 of 2008. The R/T also has Dodge’s new MDS, or Multi-Displacement System. This fuel saving-system disengages cylinders while cruising, resulting in less gas being used without compromising performance. All-wheel-drive models get a bonus fuel-saving system. The Action Transfer Case and Front Axle Disconnect engage the front wheels only when conditions call for added traction. During normal driving the system only powers the rear wheels. The R/T is also available in a Daytona package which adds performance parts and 20 inch rims, along with other cosmetic upgrades.

The SXT is available with all of the features as the R/T but the V8 is replaced with a V6 engine. A DUB package is available for the SXT model and will add 20 inch chrome wheels, DUB exterior badges, a 13 inch Kicker sound system and embroidered leather seats.

The 2009 SRT8 is available in a Super Bee package and comes in either bright yellow or Hemi Orange paint. This package also adds 20-inch ultra-bright wheels and Super-Bee graphics.

The base SE Charger actually takes a loss on power, moving from 186 horsepower down to 178 horsepower. This model does have a new interior, upgraded from the 2008 model. It also now comes standard with aluminum wheels and better floor mats.