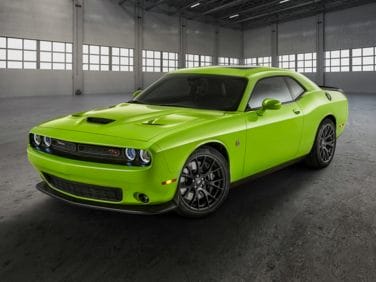 All About Dodge Challenger

The success of the retro-inspired Ford Mustang in 2005 caused a lot of car companies to mine their own past in order to see if any of their classic designs still had emotional resonance with the buyers of today. The resurgence of interest in muscle cars has presented a bounty to domestic automakers who most feel had their glory days with the tire-shredding monsters of the 60’s and 70’s. Dodge, having already revived one of their previous nameplates with the Charger sedan, felt that that the time was right to engage Ford and Chevrolet in a battle of modern muscle machines. This lead to the release of the Challenger in 2008.

The 2009 Challenger keeps the same aggressive good looks as the 2008 model, but upgrades some of the under the skin options. The Challenger is remarkably faithful to the original pony car of 40 years ago, right down to the style crease which runs along the entire side of the vehicle’s body work. The chunky front end and large flanks make the Challenger look every inch the powerful machine that it is.

Challenger buyers have 3 different engine options. The base Challenger SE is powered by a 3.5 liter V6 that generates 250 horsepower and 250 lb-ft of torque. The R/T model steps up to Dodge’s popular 5.7 liter Hemi V8, which increases output to 370 horsepower and 390 lb-ft of torque. This makes the Challenger much more potent than the V8 Mustang it competes with, but for some people, there can never be enough ponies under the hood. The range topping SRT8 edition Challenger packs a 425 horsepower, 6.1 liter Hemi V8 engine which makes it more powerful than even the vaunted original Hemi installed in the very first generation of these cars. The V6 is saddled with a 4-speed automatic as the only option, but each of the V8’s can be ordered with either a 5-speed automatic or a 6-speed manual transmission.

Both Hemi engines provide neck-snapping acceleration, with the 5.7 liter accelerating to 60 miles per hour in only 5.5 seconds. The 6.1 liter shaves more than half a second off of that time, and runs the quarter mile in the 13-second range – very impressive for such a heavy car. Dodge provides electronic traction control to keep wheel spin to a minimum, but you will have to be careful with your right foot, as the amount of power on tap is enough to incinerate even the meaty 20-inch tires which come with the SRT8.

The inside of the car doesn’t really continue the retro theme of the exterior, as components from the Charger are sprinkled liberally throughout the cockpit in an effort to keep costs down. While this might be a bit disappointing to some buyers, the pricing certainly won’t be: The mid-range R/T can be had for as little as $30,000, making it one of the greatest bargains on the market when it comes to high performance vehicles.

Dodge has certainly created a winning formula with this newest version of the Challenger, and for once the resurrection of a nameplate cannot be tarnished with accusations that the company has not stayed true to the original vehicle. If anything, the newest Challenger is a far more capable vehicle than the car it emulates, thanks largely to modern suspension and safety technologies. This muscle car warrants a close examination from anyone in the market for serious horsepower in an attractive package.

The 2009 Dodge Challenger could be named as a carryover model from 2008, but that would only be partially true. Dodge introduced the all new Challenger in 2008, although there was only one model available and had limited production. There are now more options and trim levels available for 2009. In 2008, the Challenger SRT8 was the only model available. This one is still the top-of-the-line model as far as options, power and standard features. The 2009 Dodge Challenger is available in two other trim levels as well as the SRT8. The SE base model comes with a 3.5 liter, 259 horsepower V6 engine and the R/T model is equipped with a 5.7 liter, 370 horsepower V8. All models come standard with an automatic transmission, but the R/T and SRT8 models are available with a six speed manual transmission. The SE transmission is a four speed and the other models get a five speed AutoStick transmission. The SRT8 model is equipped with a 6.1 liter Hemi V8 that produces 425 horsepower and 420 pound feet of torque.

If all of the standard and optional equipment just isn’t enough, Mopar accessories can be added at the time of purchase. Performance and accessory parts are offered, but most performance parts are intended for the SRT8 only. There are camshafts, forged crankshafts and cylinder heads for the SRT8 and air intake systems, coil-over suspension kits and other exterior and interior accessories for all of the Challenger models.