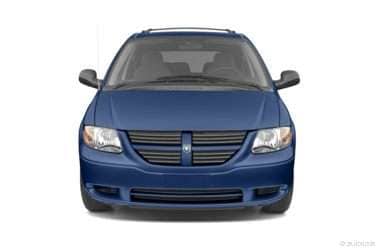 All About Dodge Caravan

The Dodge Caravan started an entirely new segment of vehicle: the minivan. Beginning in 1984 the Dodge Caravan led the automotive industry in top-selling minivans for many years. With decent gas mileage and a functional amount of room inside put together into an easy-to-drive package, the Dodge Caravan was an instant hit. Dodge stayed ahead of other automakers jumping into the minivan race by being the first to use the sliding door, then the second sliding door and included safety features like airbags.

Most American automakers stopped trying to compete with the award-winning Dodge Caravan long ago. However, Japanese and Korean automakers have successfully manage to stay competitive in the market. Looking continue its dominence among minivans, a total redesign happened in 2008. Among many other changes, Dodge discontinued the short wheelbase Caravan and made the long wheelbase Dodge Grand Caravan the only model available. Not wanting to let an opportunity pass by, Dodge ultimately replaced the short-wheelbase Dodge Caravan with the Dodge Journey crossover SUV.

The Dodge Caravan drives like a car and is easy to park and maneuver, although some reliability issues always plagued the succesful minivan. Innovative interiors and fine-tuned option lists made the Caravan a perfect buy either as a daily worker or to shuttle six kids around in.

The older Dodge Caravans were offered in three trims plus the base model. The base and SE models were offered with a choice of a four-cylinder, a 3.0-liter V6 or a 3.3-liter V6 engine. The more upscale LE and ES came with either the 3.3 or 3.8-liter V6 engines. The 3.3-liter made 158 horsepower, the four-cylinder made 150 horsepower and the 3.8-liter made 180 horsepower. This was plenty enough to haul the minivan and cargo around, although the four-cylinder was paired with a weak three-speed automatic transmission, making it feel less powerful.

The SE and LE models were well-equipped for their time with antilock brakes, cruise control, tilt steering and 15-inch wheels. The LE had standard power doors and air-conditioning. The upper-class ES came with those features plus a driver-side sliding rear door and 16-inch wheels. Options for these models were captain’s chairs for the second row, self-leveling rear suspension and an upgraded stereo system.

With all of the Caravan models the rear seats are removable and can greatly add to the cargo space.

The crash tests for the Dodge Caravan are average. In earlier years, the minivan only had one airbag, only the front seats had head restraints. Later came the second airbag and more side-impact protection. Traction control was added in 1997 and de-powered airbags were added in 1998. More recent years brought side curtain airbags, but they were an option, not a standard feature. The final generation Dodge Caravan did away with optional front seat side airbags and offered optional curtain airbags to protect all three rows of passengers.