Not all cars get the SRT treatment, but the new Dodge Caliber will, and soon

Introduction
By Sue Mead
It’s more than simply the fact that Dodge has added the go-juice to its all-new 2007 Caliber line-up. It’s the lighting-bolt speed with which this 300-horsepower hatchback took the green light on the SRT Christmas Tree: after all, the value-priced regular Caliber was just introduced to the press in late January, and is available now at dealer lots across the US. The new SRT-4, as a 2007 model, is expected to be available later in 2006.

“We wanted to capitalize on the momentum,” said Herb Helbig, senior manager vehicle synthesis and chassis design at DaimlerChrysler. “We knew, without a doubt, that people were going to see the Caliber and ask the question.”

Consider it question answered - emphatically. The Dodge Caliber SRT-4 will come with a turbocharged powertrain that makes 300 horsepower at 6,000 rpm. The rest of the numbers echo that jaw dropping little stat: Zero to 60 mph acceleration in less than six seconds, 86 horsepower more than the outgoing SRT-4, 260 lb.-ft. of torque between 2,000 and 6,000 rpm. That’s a load of power in a car that weighs scarcely more than 3,000 lbs. and sits on a wheelbase of 103.7 inches, and a front and rear track of 59.8 inches. Based on Chrysler’s “world engine,” engineers re-machined the four-cylinder block, changed the pistons and cylinders, added high temperature hardware, then mated the engine to a six-speed manual transmission. They also added better brakes, moving up to brakes sourced from mid-sized vehicles. SRT techs also improved the ride and handling, sitting the car on 19-inch wheels, and sport-tuning the Caliber’s independent front and rear suspension, the rack and pinion steering and the Electronic Stability Program (ESP). Design changes to the Caliber mainly center on revising the front and rear fascias; front to deliver the necessary air flow and cooling, and rear in order to bring the Caliber into the SRT design family. Interior enhancements include sport seats, SRT monograms, carbon fiber and a leather-wrapped steering wheel. Caliber SRT colors include black, orange, silver and red.

SRT vs SVT, SS There’s a growing swell of enthusiasm and name recognition on the streets of America, shown with increased sales of Hemi-powered and SRT-badged models.

In marked contrast to cross-town rivals Ford and General Motors, DaimlerChrysler has clearly taken the pole position on performance street cars, and is now working on 12 vehicles to run across all DaimlerChrysler divisions. Even more important than its volume of vehicles, however, is the growing swell of enthusiasm and name recognition on the streets of America, shown with increased sales of Hemi-powered and SRT-badged models – especially the successful Chrysler 300 SRT-8. Ford, on the other hand, recently produced a Mustang GT Cobra with 500 horses, but this new Ford model bears no SVT badge, nor are there any different models rumored to be currently in the pipeline wearing Ford’s performance badge. Add to that the coming end to the marvelous Ford GT, and Ford seems to be content – for now – with a string of performance Mustangs. General Motors has been active, building up its stable of sizzling sidewinders into four division groups -- Chevy’s SS, Cadillac’s V-series models, the Pontiac GXP and Saturn Red Line. So far, it could be argued that few of the models have grabbed the attention of car enthusiasts in quite the same manner as SRT, except, perhaps, the Corvette Z06 model. That may change, however, as the Pontiac Solstice GXP and the Saturn Sky Red Line gain traction, along with the surprising Chevrolet TrailBlazer SS. And while the Chevy Cobalt SS is a superb track car, it falls behind SRT in day-to-day drivability and interior refinement.

“We have close to 150 people working on SRT models,” said Helbig. “They’re died-in-the-wool enthusiasts--guys and girls--who have 115-octane running through their veins. They love the product and have passion for the product, but our credo is ‘bringing a bang for the buck’. We’re working on giving a high-dollar value for the fun factor.” For Helbig, one of the most important ingredients to the SRT success comes from the enthusiasm and backing of the top management at DaimlerChrysler. “Our senior management believes in what we’re doing—this halo effect of products--and they support the work. Once we started to bring other products on line, beyond the Viper and the Neon (the original SRT-4) and started to look at vehicles like the Chrysler Crossfire, the excitement grew.”

“The Hemi connection is also an integral part of all of this,” added Helbig. “It stands for everything in our company, but we also have to figure out who the SRT customer is in each division. The Jeep and Chrysler guys are different from the Dodge guy. Dodge is easy, it’s bold and in-your-face, whereas the Chrysler guy is a little different. The best line I ever heard was ‘the Dodge guy wears his 6-gun on the outside, while the Chrysler guy wears his 6-gun on the inside of his coat’.

As for Jeepers who want Jeep Grand Cherokee, with SRT treatment, “they’re not about off-road. We’ve learned that not everyone wants a Trail-Rated Jeep, but some folks want a Track-Rated Jeep that they can use as an SUV then drive over the Angeles Crest highway, put on a helmet, and run around the track at Willow Springs.

Photos courtesy of the automakers 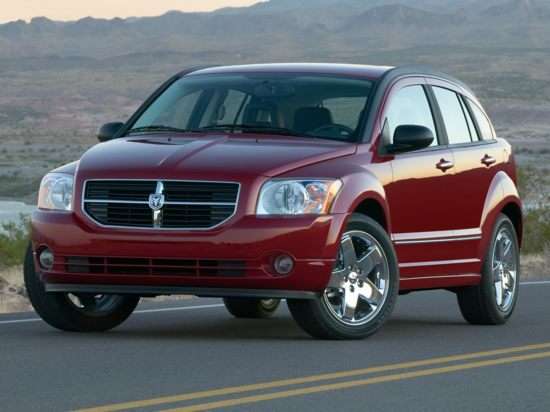