Entries Not Renewed for 2015 Model Year

In a news story first reported by Edmunds.com, it's been revealed that the 2014 Dodge Avenger and Chrysler 200 Convertible will be the last of their kind, with the automaker ceasing their production at the end of this quarter.

It's not too much of a shock, as rumors of the cars' demise have been running rampant, based on a number of different factors at work in the marketplace—although they don't all pass the "smell test." For example, one concern in particular has been worry that the 2014 Dodge Avenger was stealing sales from the newer Dodge Dart, and Edmunds does mention that in its story. But that would seem to be a reflection of the fact that the Dart is a newer, next-gen vehicle, while the Avenger isn't, and the two are now priced accordingly. On the other hand, if the Dodge moved up to the same new platform as the all-new 2015 Chrysler 200, that would seem to solve the problem. Surely a healthy brand would be able to support both compact and mid-size sedans from the same generation?

Another reason run up the ol' flagpole is that, again according to Edmunds, the Chrysler Group as a whole is planning to minimize cross-brand redundancy, so that multiple brands aren't competing against each other in the same segment; it's some of the same thinking behind the decision to move forward with just a single minivan contender. Now, there is something to be said for this strategy, but simply put, the company needs a mainstream mid-size sedan, and it's still an open question as to whether the redesigned and fairly snazzy 200 will fit that bill the same way the 2014 Dodge Avenger did.

The call to kill the 200 Convertible, on the other hand, does seem to make more sense, at least fiscally: It's highly unlikely that the company would be able to recoup the development costs for such a car, especially since sales volumes would be very low and no other mid-size mainstream sedan offers a drop-top configuration. Of course, some might think a well-done convertible would be an excellent way to distinguish the new 200 from the rest of the highly competitive segment, and would help position the car as a more upscale alternative to a new Dodge Avenger, mitigating potential sales cannibalization.

Oh well, at least customers are likely to enjoy some nice deals on the 2014 Dodge Avenger and Chrysler 200 Convertible as they drive off into the sunset. 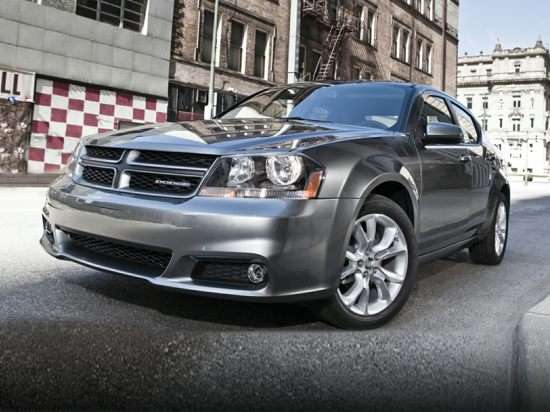