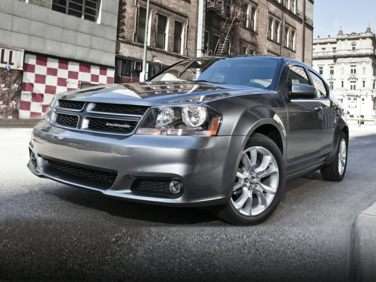 All About Dodge Avenger

The Dodge Avenger is a four-door, five-passenger mid-size sedan. The Dodge Avenger is manufactured in Sterling Heights, Mich. alongside the Chrysler Sebring sedan and convertible. The Dodge Avenger began life in 1995 as a two-door, front-wheel drive coupe. With a sporty, windswept appearance and robust 4 and 6-cylinder engines, the Avenger was intended to replace some of the sales of the departed Dodge Stealth. Both the Stealth and the Avenger were developed in partnership with Mitsubishi, with significant sharing of drive train components. The Stealth continued on until 2000, when it was replaced by the Dodge Stratus.

The Dodge Avenger is a completely different vehicle, sharing only the name with its predecessor. Like the Chrysler Sebring, the Avenger uses a version of the Chrysler JS platform, which can be adapted to accommodate a range of different engines for the world market. For North America, this 4-door sedan makes use of 3 possible power plants. The SE version of the car’s base 4-cylinder displaces 2.4 liters and makes 173 horsepower. Mid-trim SXT’s have the option of adding a 187 horsepower 2.7 liter 6-cylinder, while the top of the line R/T models are paired with a 3.5 liter V6 generating 235 horsepower. Both of the smaller engines are paired with a 4-speed automatic transmission, while the R/T benefits from a 6-speed automatic and optional all-wheel drive.

The newer Avenger has a much larger passenger compartment than the 90’s coupe, partly due to the fact that it is a sedan and partly because the JS platform was designed to be more spacious than the mid-size Dodge it was intended to replace. This translates into 101 cubic feet of interior room, a number which is complimented by a generous helping of storage bins and compartments. There is a even a dash-mounted refrigerator which can hold up to four soft drink cans and keep them cool using the vehicle’s air conditioning system. Seats are comfortable with a decent amount of rear space, although taller adults may become uncomfortable on long trips – an issue common to mid-size cars. There are two levels of cloth seats that can be ordered, and heated leather seats are also on the options list. In terms of in-car entertainment, Dodge offers the MyGIG hard drive media storage system as an option on the Avenger, and a DVD player is also available for rear passengers.

When it comes to performance, the Avenger R/T is clearly at the head of the class. While the 4-cylinder engines are up to the task of getting the Avenger from point A to point B, the R/T’s V6 and stiffer suspension make it much more enjoyable, especially along twisty roads or sharp corners. The JS platform boasts a solid chassis that was designed to also be used on the Sebring convertible, giving it extra stiffness that is really noticeable when driving the composed Avenger. Fuel economy for the V6 is 16 miles per gallon in city driving, and 26 miles per gallon during highway cruising.

The Dodge Avenger’s aggressive styling and good performance make it appealing to those who are attracted by the looks of the Charger but don’t want to own such a large car. The all-new vehicle goes a long way towards modernizing Dodge’s mid-size offerings.

The 2009 Dodge Avenger is a carryover from 2008. With the looks of a powerful muscle car and the price of a more practical sedan, the Dodge Avenger can fill the needs of a family. The 2009 Avenger is available in three trim levels: SE, SXT and R/T. The all-wheel-drive version of the R/T has been dropped for the 2009 model year. The base model, which is the SE, comes with only the essentials while the SXT and R/T models have more options. Although, all of the 2009 Avenger options have been simplified, there are still a considerable amount of features for those needing a family sedan.

For 2009 the SXT and R/T models have been upgraded to come standard with fog lights, antilock brakes, rear spoiler and audio controls mounted on the steering wheel. The Convenience Package offered on 2009 SXT models now includes heated cloth seats, a heated and cooled cup holder, automatic headlamps, heated exterior mirrors, automatic temperature control, garage door opener, remote start and an auto-dimming rearview mirror. The electronics inside the cabin of the 2009 Avenger have been updated and are abundant. The Dodge Avenger has an above average fuel economy for its class. All of the 2009 Avengers have been enhanced to reduce noise in the cabin.

The 2009 Dodge Avenger SE and SXT models are powered by a 173 horsepower, 2.4 liter inline four-cylinder engine. The SXT model has the option of a 2.7 liter V6 with makes 186 horsepower. All come with a four-speed automatic transmission. The R/T comes standard with a 235 horsepower 3.5 liter V6 with a six-speed automatic transmission. The V6 models are lacking in power and won’t win any performance awards, but work for a daily driver. The R/T model gives the Avenger a big boost in performance and power.