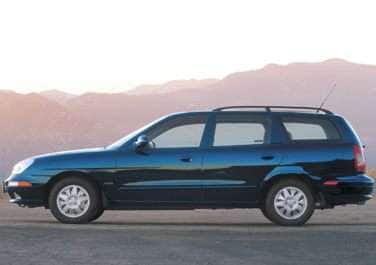 The Daewoo Nubira is a compact, small family car that comes in hatchback, sedan, and wagon versions. All three models were available with three doors. The hatchback is the hardest model to find. It has better-than-average fuel economy, an excellent fun-to-drive rating, and an aesthetically pleasing exterior design. However, it has sub-par ratings for performance and comfort. The first model, released in 1999, was trumped by the second model, the Daewoo Nubira II, and it had over 90 improvements. Many of the comfort and performance metrics went up after the release of the second version. The Daewoo Nubira was most popular in its country of manufacturing origin, Korea.

Most consumers can’t find the Daewoo Nubira at any dealerships. Its production was discontinued in all but Romania and Egypt, as of 2008. It was also marketed, briefly, as the Doninvest Orion in Russia. It had a production run from 1999 to 2002 in the U.S. and Canada before being discontinued. The 2004 Suzuki Forenza, also called the Suzuki Reno, took over its spot in the marketplace.

The Daewoo Nubira has a fuel economy of 31 mpg on highways 22 mpg in cities. It has a multi-point injection fuel system and a 13.7 gallon main unleaded fuel tank. The base model was offered in a 1.6-liter, 2.0-liter with 129 horsepower and a four-cylinder engine. The Daewoo Nubira II, the second version, had marked decreases in noise, rough riding, harshness, and vibration on the road. It had increases in passenger space.

A four-speed automatic transmission or a five-speed manual transmission was offered on the Nubira. It has body side molding, metallic paint and mica paint, and tinted glass on the cabin. Interior standard features include a front ashtray, anti-theft protection settings, AM/FM radio and cassette, clock, courtesy lights, floor coverings, a bucket driver seat, power steering, four speakers, five seats, a plastic steering wheel, front power windows, rear seat belts on driver side, passenger side, and center side, front reading lights and a glove compartment. This car covers all the bases for half the price of similar models in higher price ranges. It has remote fuel filler door release and mechanical remote trunk/hatch release so you don’t have to get out of the car to get it opened. All three models were with little cargo space. The hatchback had 11 cubic feet, the sedan had 13 and the wagon came with 19 cubic feet of cargo space.