For 30 years, the Ford Explorer has been one of America’s go-to family vehicles. Ford transitioned the Explorer from a traditional SUV to a car-based crossover in 2011, and has now redesigned and greatly improved it for 2020. The new Explorer keeps familiar styling and three rows of seats, but adds advanced new powertrains and an unusual rear-wheel drive architecture.

Another famously family-friendly brand is Subaru. Its vehicles are known for their hardy utility, everyday comfort, high degree of safety, and standard all-wheel-drive. But until last year, Subaru didn’t sell a direct family-focused Explorer competitor — coming no closer than an unsuccessful model called the Tribeca, which tried to be fancy rather than spacious. The Subaru Ascent expands the brand’s traditional strengths into a big eight-passenger crossover. Which one is best for you — the 2020 Subaru Ascent or the 2020 Ford Explorer?

The 2020 Ford Explorer is a dramatic departure from last year’s model — at least mechanically. Visually, it’s tough to tell them apart. The main clues are higher, more curved headlights and boxier taillamps. Around the sides and back, things look pretty familiar. Clean, straight lines make the vehicle look purposeful, and the side windows integrate artfully with the rear windshield. In contrast, the 2020 Subaru Ascent is rounder than the Explorer. It shares its handsome face with the smaller Subaru Outback, but the rest of the vehicle is anonymous at best and downright awkward at worst — neither luxurious nor tough.

To our eye, neither the Ascent’s nor the Explorer’s design is as successful as the boxy, handsome Kia Telluride or the sporty, elegant Mazda CX-9. But between the two, we pick the Explorer.

The 2020 Subaru Ascent has a conventionally attractive interior, with a nice mix of colors and textures on the dashboard, a cleanly integrated infotainment screen, user-friendly controls, and beautiful leather upholstery on the Limited and Touring trims. It's not the most head-turning interior in the large crossover class, but it's certainly hard to fault.

The 2020 Ford Explorer is most famous for its optional 10.1-inch vertical touchscreen, which sticks out above the dashboard — which, some critics complain, looks tacked on. We tested a mid-level vehicle with a less polarizing 8-inch horizontal screen, and its dashboard was easy to use but on the plain side. There are more expanses of dull plastic than in the Ascent, and the tested vehicle’s synthetic leather upholstery didn’t feel rich.

Neither the Explorer nor the Ascent is the roomiest three-row crossover on the market, leaving the Volkswagen Atlas, Kia Telluride, and Chevrolet Traverse to dominate the size wars. But the Subaru and Ford both offer three rows of seats, and both can fit adults into all three rows without suffering too badly. (Or they can ride in just the front and middle rows with stretch-out comfort.) The Explorer's and Ascent's cargo specifications are similar, too — around 18 cubic feet behind the third row, around 48 cubic feet behind the second row, and around 87 cubic feet with all rear seats folded.

There are two key differences: The Ascent’s seats are harder and flatter than the cushy, supportive Explorer’s. But the Explorer only seats two people in its third-row seat, while Subaru makes room for three. That means the Explorer seats a maximum of six or seven passengers (depending on whether you choose a second-row bench seat or captain’s chairs), while the Ascent gives you a choice of seven or eight. We’re giving the win to the more comfortable Ford, but larger families should pay attention to the seating capacities.

The Explorer and Ascent both have well-executed infotainment systems with standard Bluetooth, Apple CarPlay, and Android Auto smartphone connectivity, along with four standard USB ports. Most Explorers use an 8-inch touchscreen with a well-executed interface, while the optional 10.1-inch vertical unit lets you see more information at once without switching among different screens. Ford also offers a customizable digital gauge cluster. The base Ascent has a small 6.5-inch screen, but all other models have an 8-inch unit.

When it comes to keeping everyone connected and changed up, these vehicles have different pros and cons. The Ascent provides two USB ports for the front seats and two for the second row, plus two more for the third row on upper-trim models. Every Explorer, meanwhile, has four USB ports — one standard port and one new-style USB-C port for both the front and the second rows. The USB-C is great news if you have the latest devices (or upgrade to them while you still own the vehicle), but the Explorer has fewer ports in total and a particular scarcity of today’s most common type. It’s a close call, but we’ll give this category to Subaru.

Much has been made about the 2020 Ford Explorer’s switch from a front-wheel-drive-based platform to a rear-wheel-drive-based one (both with available all-wheel drive). We don’t know if this change deserves the credit, but there’s no question that the new Explorer drives better than the older generation. While still not the very best in its class, the steering and handling are more responsive and less cumbersome — making the vehicle easier to drive if not downright thrilling. At the same time, the Explorer enjoys a smooth and quiet ride. Expect better handling (though a stiffer ride) from the pricey sport-themed ST model.

The Ascent is also pleasant to drive, though more forgettable. There isn’t much spirit to this big crossover, not much to transcend the norm. To be fair, we only tested the vehicles on pavement, and Subaru has a strong reputation for off-road capability along with more ground clearance than the Explorer — 8.7 inches versus 7.9 inches. But in the conditions where these crossovers will spend most of their time, we preferred the Explorer.

The Explorer offers a wide range of powertrains. The standard 300-horsepower 2.3-liter turbocharged four-cylinder provides lively acceleration and a richer growl than you’d expect from a four-cylinder. It can also tow up to 5,300 pounds. It also manages stellar EPA fuel economy ratings: 21 mpg in the city, 28 mpg on the highway, and 24 mpg combined with rear-wheel drive and 1 mpg less with all-wheel drive. A 3.0-liter turbocharged V6 available on high-end trim levels provides 365 to 400 horsepower, and can tow up to 5,600 pounds, but cuts fuel economy by 4 mpg. Lastly, a new hybrid model pairs a gasoline V6 engine with an electric motor to achieve 28 mpg in mixed driving with rear-wheel drive and 25 mpg with all-wheel drive.

By contrast, every Ascent has a 2.4-liter turbocharged four-cylinder engine with 260 horsepower and all-wheel drive. Not only do you get less choice, but the lone available engine trails the Ford’s four-cylinder for power and character — without a fuel economy advantage. The Ascent manages 21 mpg city/27 mpg highway/23 mpg combined for its base and Premium trim levels, and 1 mpg less on the upper-trim Limited and Touring. Maximum towing is 5,000 pounds.

Both the Explorer and the Ascent come standard with a forward-collision warning and forward emergency automatic braking, a valuable safety feature. Subaru also adds adaptive cruise control, a lane-departure warning, and lane-keeping steering assistance to its standard EyeSight safety suite, along with standard all-wheel drive. Those are all extra-cost options on the Explorer. Ford does provide blind-spot monitoring with a rear cross-traffic alert as standard in its Co-Pilot360 suite; Subaru leaves those features off the cheapest Ascent model. Both vehicles have available rear emergency braking.

The 2020 Ford Explorer hasn’t yet been crash-tested by the IIHS or NHTSA as of this writing, but the 2020 Subaru Ascent leaves little room to be outmaneuvered. It earned top scores in all crash tests from both organizations. For its standout crash-test performance and additional standard features, it’s our winner.

You see, the Explorer’s base model is sold mainly to fleets, leaving the next-up XLT as effectively the base model for retail customers like you. It starts at $36,675. And if you want all-wheel drive (standard on the Subaru), you’ll spend another $2,000 on top of that. That makes a $6,700 jump over the Ascent. The Explorer XLT does have a few more standard features than the base Ascent, but the reverse is also true. No matter what options you’re looking for, you get a lot more for your money from the Ascent — meaning you can either spend less or you can get a lot more fancy features for the same price. And if you’re tempted by the Explorer’s available V6 or hybrid powertrains, prepare to spend far more than even the priciest Ascent, with prices starting above $50,000 and rising from there.

The redesigned 2020 Ford Explorer makes a strong bid for our hearts. In comparison to the 2020 Subaru Ascent, it’s arguably better-looking, arguably more comfortable, and inarguably better-driving. It’s faster and it’s more agile. It has more personality. It even has an economical hybrid option.

But we’re going to go with our minds — and our wallets — rather than our hearts. When we look at the Explorer’s lofty price tag, its advantages become less compelling. The Ascent is a useful, comfortable, economical, and impressively safe crossover, and you can get it for thousands less than a comparably equipped Explorer. While you may decide the Ford is worth that extra money, we’re going for the Subaru. 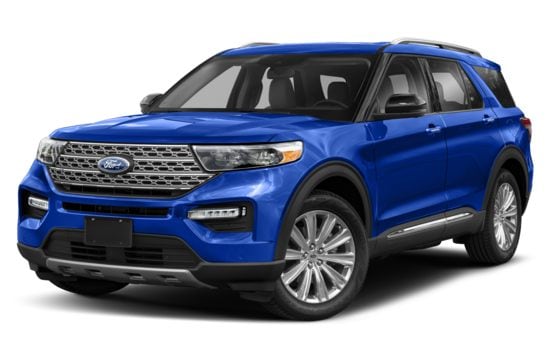 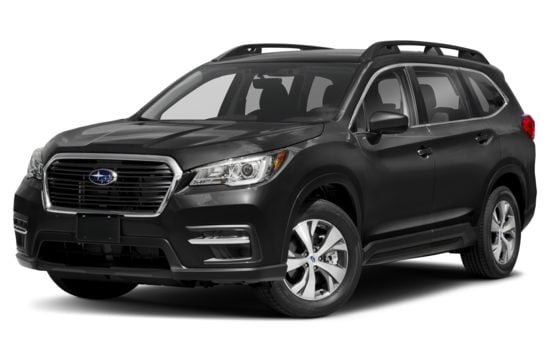