Hatchbacks are extremely popular in Europe but never have caught on as strongly in the United States. Still, a number of European car makers continue to spread the hatch's practical gospel to the Colonies, offering a wide variety of three and five-door models aimed at almost every market niche — and in some cases, creating their own. These European-bred hatchbacks take on their Japanese and American rivals with a style and flourish that in many cases sets them apart from the econo-focused models of old.

Let's take a quick look at 10 European hatchbacks available in 2016.

The 2016 BMW 3 Series GT (or Gran Turismo) takes the successful 3 Series sedan/wagon formula and stretches it out to create a longer, entry-level luxury car that happens to boast hatchback levels of cargo space. Although it is not nearly as graceful as its 3 Series siblings, the BMW 3 Series GT offers 56.5 cubic feet of total cargo space, which nudges the hauling capacities of the vehicles in the compact crossover segment. Engine choices are a 240-horsepower turbocharged 2.0-liter four-cylinder engine, or a 300-horsepower 3.0-liter turbocharged inline six, both mated to standard all-wheel drive and an eight-speed automatic transmission.

The 2016 Mini Cooper hatchback might not be quite as diminutive as it once was, but it's definitely one of the most stylish subcompact cars money can buy. Available in both two- and four-door configurations, the Mini Cooper hatchback is reasonably fun to drive thanks to its lightweight design and broad stance. Base models are outfitted with a 134-horsepower turbocharged 1.5-liter three-cylinder engine that returns an estimated 29 mpg in city driving and 39 mpg on the highway. The Cooper S graduates to a 189-horsepower turbocharged 2.0-liter four, while the John Cooper Works model turns up the boost on the same motor to produce 228 horses. A six-speed manual transmission is standard with the Mini Cooper; a six-speed automatic is optional.

The 2016 FIAT 500 is another fashion-conscious European hatchback in the same mold as the Mini Cooper. Although lacking the sporty reputation of its British rival, the Fiat 500 is popular primarily because of its retro design. The two-door 500's 1.4-liter four-cylinder engine offers up 101 horsepower, but if you're looking for more grunt under your right foot, then you can opt for the Turbo (135 turbocharged horses from the same engine) or the Abarth (turbocharged for 160 horsepower). The Abarth also brings with it a number of other performance upgrades, including an ultra-loud exhaust system and stiffer springs. Fuel mileage for the base Fiat 500 is listed at 31 mpg around town and 40 mpg on the highway, and transmission choices include a five-speed manual and a six-speed automatic.

The 2016 Audi A7 is a hatchback more by default than design. In its desire to cash in on the "four-door coupe" craze that has swept through European car design, the Audi A7's sweeping roofline has created a large hatch opening that gives the mid-size car almost 50 cubic feet of cargo space, which dwarfs that offered by any similarly priced sedan. The A7's base engine is a supercharged 3.0-liter V-6 that delivers 310 horsepower, while a turbodiesel unit (also a 3.0-liter V-6) provides 240 horsepower and 428 lb-ft of torque. You're getting an eight-speed automatic gearbox and all-wheel drive regardless of which version of the Audi you order, but the TDI model steps up with a remarkable fuel efficiency rating of 24 mpg in city driving and 38 mpg on the highway.

The 2016 Porsche Panamera is another "accidental" hatchback, borne of the desire to offer a 911-look model that also was quick and luxurious but with four doors. Highlights include 44.1 cubic feet of cargo space and an array of powerplant choices, from the entry-level 310-horsepower V-6 model all the way up to the frighteningly quick Panamera Turbo S, which offers up 570 horsepower and 590 lb-ft of torque from a turbocharged 4.8-liter V-8 engine. A seven-speed dual-clutch automated manual transmission is fitted to every one of the 14 Panamera models, and several are also offered with optional all-wheel drive.

The 2016 Volkswagen Golf is without a doubt the most popular European hatchback ever to have been sold in America. The Golf's combination of affordable pricing, sparkling practicality (two- and four-door versions are available with up to 52.7 cubic feet of total cargo space with the rear seats folded forward), and performance makes it a formidable opponent. GTI models push out as much as 220 horsepower from a turbocharged 2.0-liter four-cylinder engine, and even the base Golf's turbocharged 1.8-liter four-cylinder engine produces 170 horsepower. All models can be ordered with either a five-speed manual transmission or a six-speed automatic.

The 2016 Mini Cooper Clubman extends the Cooper hatchback's roofline, creating a near-wagon body style that further improves on the practicality of this European hatchback. Redesigned for the current model year, the Mini Cooper Clubman sports four doors (in place of the previous version's unusual three-door arrangement), and instead of a traditional top-hinged hatch, the vehicle comes with center-split "barn doors." Engine options match those of the entry-level Cooper minus the John Cooper Works model, which means a choice between three-cylinder and four-cylinder units (both turbocharged), with the added wrinkle of a new eight-speed automatic offered with the Cooper S.

The 2016 BMW 5 Series GT is in some ways the larger sibling to the 3 Series GT. More accurately, however, it's a unique model that sits apart from even the 5 Series sedan due to the fact that it rides on the larger 7 Series platform. A hulking presence, the BMW 5 Series GT's truncated styling and unusual dual-opening tailgate design make it unusual, to say the least, when compared to other models. Its big proportions contain room for up to five passengers or 63.6 cubic feet of cargo space with the rear row out of the picture, and the GT is motivated by a turbocharged 3.0-liter six-cylinder engine that sends its 300 horsepower through an eight-speed automatic transmission. All-wheel drive is available as an option.

The 2016 smart fortwo has been redesigned to offer a wider, although not longer, platform for more interior room, but the European hatchback is still tiny enough to park facing the curb. The two-passenger Smart Fortwo also graduates to a new 89-horsepower three-cylinder engine that offers up 100 lb-ft of torque (significant upgrades), for the first time mated to a traditional five-speed manual transmission. A new, much-improved six-speed, dual-clutch automated manual gearbox is also offered. The Smart is somewhat frugal in daily driving, posting 33 mpg in city driving and 39 mpg during highway cruising. 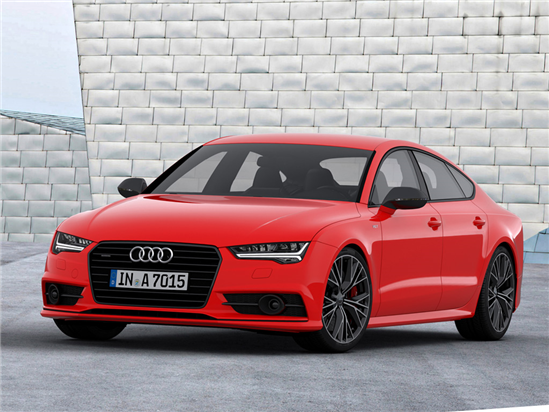 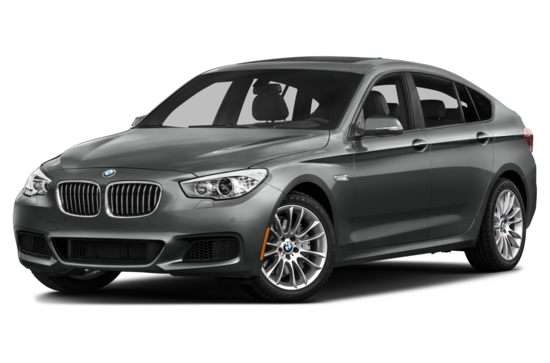 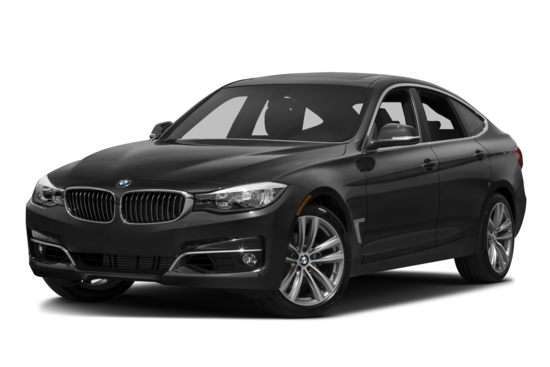 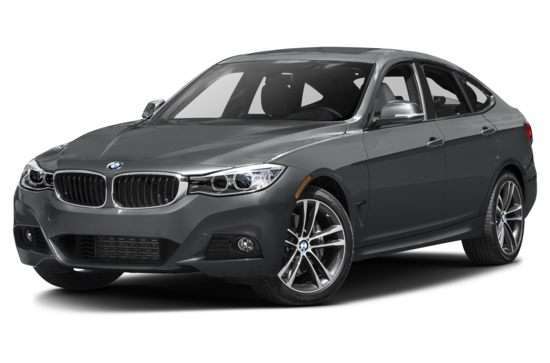 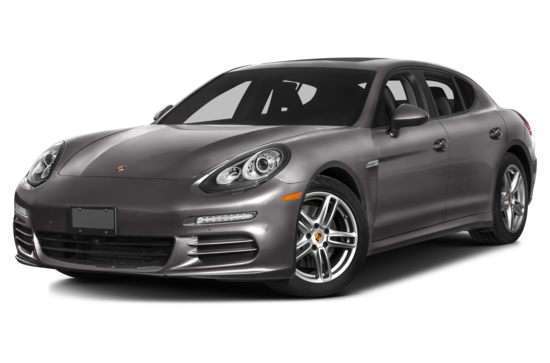 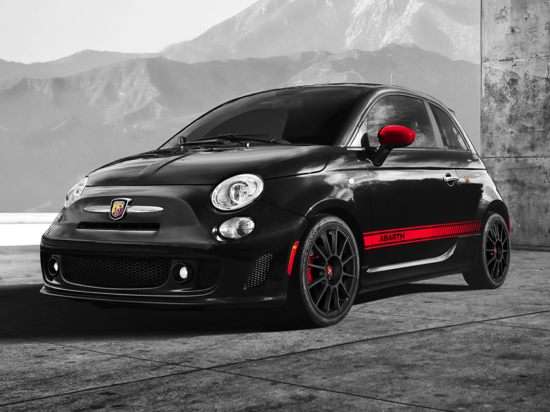 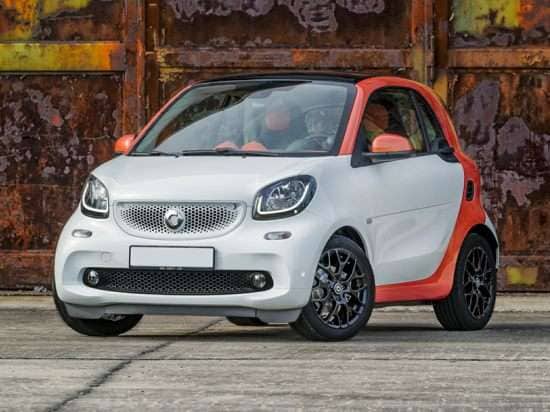