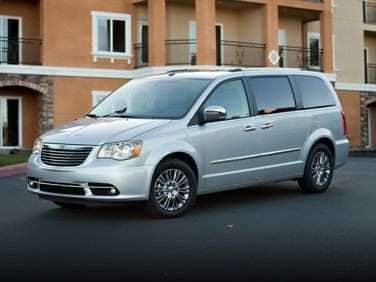 All About Chrysler Town and Country

The Chrysler Town and Country is a minivan that was introduced in 1989, using a name that was continued over from a Chrysler station wagon that was discontinued the year before. Over the years, as the minivan vehicle category experienced a boom and then a subsequent decline, the Town and Country thrived, then merely survived, through five generations, and during the years it also loaned its platform as a base for several other models of minivan. It was announced in May of 2012 that the Chrysler Town and Country would finally be discontinued and its void in the Chrysler lineup would be filled by a new luxury crossover vehicle to better capture the evolving preferences of the minivan category’s target demographic. However, a 2014 model year Town and Country was released despite this announcement.

When the Chrysler Town and Country minivan was introduced, it joined two other Chrysler Group minivans, the Dodge Caravan and the Plymouth Voyager, with only a few exterior styling cues to quickly distinguish between the three. Standard Chrysler powertrains, a 3-liter V6 or a 3.3-liter V6, both mated to a four-speed automatic transmission, were dropped into place. The Town and Country earned a spot in the minivan segment above its siblings as a more luxurious minivan offering, featuring lots of standard features as well as some options that weren’t available on the other Chrysler minivan models, such as extra seating, power locks, and power windows. This effort lasted only one model year, as the earlier two Chrysler minivans were scheduled for a redesign and they took the Town and Country along for the ride. The next generation, from the 1991 to the 1995 model years, followed the same strategy to differentiate the Chrysler offerings, with the Town and Country being allotted the best features and top billing, as well as the responsibility for attracting a wealthier demographic to the dealerships. Engine offerings for this generation were a 3.3-liter V6 or a 3.8-liter V6, both of which were paired to a four-speed auto. This generation Town and Country was noted for integrated child safety seats, the first driver’s side airbag and first dual front airbags in a minivan, optional all-wheel-drive, and high safety ratings. An effort to improve aerodynamics also resulted in some improvements to the Town and Country’s boxy exterior. Third generation updates, for model years 1996 to 2000, included convenience features like a driver’s side sliding door (the first minivan with this option), a permanent all-wheel-drive option, and improved cabin technology and creature comforts. The fourth generation Town and Country, from model years 2001 to 2007, was mostly uneventful except for the introduction of Chrysler’s Stow’n Go seating system, which allowed the interior seating to be reconfigured to accommodate better seat positioning, more passengers, or more cargo space. The engine options remained the same, although they saw a slight boost in horsepower. By the time the fifth and final generation of the Town and Country hit the streets, a 4-liter V6 engine was added to the powertrain lineup (though a 3.6-liter V6 later became the only option), Stow’n Go had yielded way to a similar system known as Swivel’n Go (a throwback to café-style seating in hippie buses) and, though the minivan segment was shrinking, the Town and Country was competing with heavyweights such as the Toyota Sienna and Honda Odyssey. Another new addition to the family was the Volkswagen Routan, a short-lived minivan that was a rebadged Town and Country, built at Chrysler factories, but with some exclusive Volkswagen features added. Later in the lifecycle and through the current version, the Town and Country saw aesthetic and comfort updates and technology improvements to help the minivan attempt to compete against its stylish recent competitor, the family-friendly crossover segment.