A mainstay in touristy towns everywhere, the Chrysler Sebring was, in its day, the darling of the rental car fleet. Available in four-door sedan, two-door coupe and convertible iterations, the Sebring was as versatile as it was ultimately uncompetitive.

Ironically, the Sebring started out as something pretty nice, even though Chrysler introduced it with a rather complex scheme of basing the coupe and convertible on different car lines. Thus, if you have a problem with an early coupe and think you can scavenge used parts to solve the problem from a convertible of the same vintage, you’ll be sorely mistaken—unless both cars are equipped with the V-6 engine. Other than that, they’re two completely different cars.

Chrysler offered three generations of the Sebring, before ultimately killing the nameplate at the end of the 2010 model year. Chrysler went into model year 2011 offering the Sebring with some styling updates as the Chrysler 200, in a bid to enable the revised car to bask somewhat in the radiance of its popular 300 sedan.

Stylishly curvaceous, the first-generation Chrysler Sebring was a very handsome car. Introduced as a coupe, with a convertible version added in 1996, the Sebring was a standout in the mid-size segment. Nothing else looked like it, and nobody else offered a convertible in its class.

Because Chrysler was partnered with Mitsubishi when the Sebring was initially launched, the Sebring’s underpinnings were shared with the Mitsubishi Galant (another car that started out as something wholly desirable and was eventually left to wither on the vine—but we digress). The convertible Sebring was based on one of Chrysler’s own models, the Cirrus. While the coupe and convertible had similar styling cues, they shared no sheetmetal whatsoever. However they did share the 2.5-liter Mitsubishi V-6 engine.

The convertible’s flowing styling, coupled with the fact it was the only American convertible in its category won it a loyal cadre of followers. And while not all of them were tourists on vacation renting cars, many eventual Sebring buyers were introduced to the Chrysler by driving a rented version of the car.

Three engines powered these vehicles over the course of their model run, a 147–horsepower 2.4-liter inline four, a 200-horsepower 2.7-liter V-6 and a 200-horsepower 3.0-liter V-6 (initially offered only with the LXi coupe). A revised five-speed manual was offered with the four-cylinder engine, as well as a newly updated four-speed automatic. The other two engines were paired exclusively with the automatic.

With evolutionary styling updates, the flowing lines of the second generation Sebrings are quite pleasing to the eye as well. Universally praised for their good looks, the Sebring family was also considered solid performers; offering comfortable ride quality, spacious interiors and reasonable pricing.

Over the course of the model run, Chrysler reworked its trim schemes. GTC, TSi, Touring, and Limited replaced LX and LXi. The Sebring coupe was discontinued for model year 2005. Unfortunately, Chrysler’s product people then took their eye off the ball for the rest of the run of this generation of the Sebring—while the company’s competitors continued improving their vehicles. Toward the end of the model run, what was once the darling of reviewers, was being panned mercilessly by those same scribes. As the cars the Sebring was up against continually got better and better, they made what was once more than adequate seem harsh and outdated.

At the product launch of the 2007 Sebring, more than one reviewer was left with mouth agape at what had become of the once quite lovely Sebring. The truncated styling of the 2007 Sebring was a mix of the worst features of a number of Chrysler’s then current and concept cars.

The front end was based on the face of the Chrysler Crossfire of the time, which was arguably that car’s weakest aspect. The rear was based on a Chrysler Airflite concept car and while the graceful arch of the roof was attractive to the eye, the chopped off rear end it led to blended in no way with the roof, nor the front of the car. The result was a Franken-car of mis-matched styling elements.

As a result, the 3rd generation Sebring was immediately relegated to America’s rental car fleets.

The only real “highlight” of this generation of the Sebring was the folding hardtop convertible, introduced for the 2008 model year. Filling the role formerly occupied by both the coupe and convertible versions of the Sebring, the styling of the 2008 Sebring convertible in many ways exacerbated the problems of the design.

As the folding hardtop needed additional space to fit into when it was not deployed, the trunk of the 2009 Sebring convertible was significantly higher than the rest of the car, giving it an altogether unattractive rear-heavy appearance. Sensitive to the higher price the complexity of the folding hardtop demanded, Chrysler also offered the 2008 Sebring convertible with the traditional cloth top.

The base engine for 3rd generation Sebrings was a 173-horsepower, 2.4-liter inline four-cylinder, paired with a four-speed automatic transmission engine. The next step up was a 189-horsepower, 2.7-liter V-6. Top of the line Touring models got a 235-horsepower, 3.5-liter V-6 and a six-speed automatic transmission. All-wheel drive was offered as an option on the sedan with the 3.5-liter engine thru 2009. The feature was dropped for 2010, because of a lack of takers.

Nicely equipped despite their other faults, 3rd generation Sebrings offered full power accessories, front side-impact and full-length head curtain airbags, a tilt-and-telescoping steering wheel, and a six-CD changer. Pricier models included leather trim, automatic climate control and a premium audio system. Options included a hard-drive based navigation/audio system. Despite the lengthy equipment list though, the GEN3 Sebring is pretty much unanimously agreed upon to be a woefully uncompetitive car. Its only saving grace was the convertible—as it again had no direct competition in that category.

Anyone with a memory longer than four years immediately recognizes the “new” Chrysler 200 as nothing more than a restyled 3rd generation Sebring. Many of its worst styling features have been retooled for the better, but unfortunately many of its least competitive aspects still exist. As a result, the 2011 Chrysler 200 is still an also-ran in the mid-size sedan segment. To date, Chrysler has announced no plans for a coupe nor a folding hardtop convertible, so as of this writing, the car doesn’t even have that going for it anymore.

Chrysler’s Sebring is a rather poignant example of what can happen to a really nice car when times get tight and little attention is paid to it over the years. With only minimal development money lavished on the car after its initial introduction, the Sebring basically outstayed its sell-by date to become both outdated and outclassed.

Then, when the stylists from hell were allowed a free hand to do their design of the third generation of the car, despite the improvements to its engines and equipment list, the Sebring was pretty much doomed.

The good news is with Sebring you can get a rather reliable nicely equipped used car pretty cheap. In most cases you’ll be looking at former rental cars, and that’s not really a bad thing. The nature of the Sebring didn’t really invite abuse the way something like a Mustang would, plus the major car rental companies can generally be relied upon to maintain their cars rather meticulously.

Still, if you have your heart set on a used Sebring—or if you plan to lock your teen-aged driver into one—make sure you have the particular car you have your eye on inspected by a trusted professional mechanic to see what you’re buying—before you buy it. 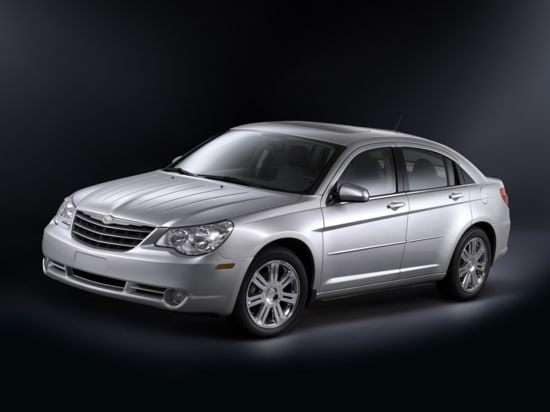 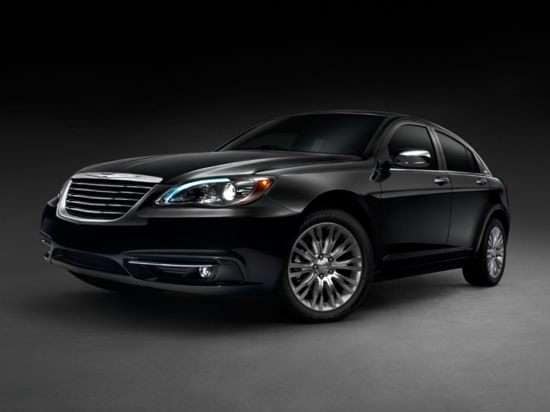