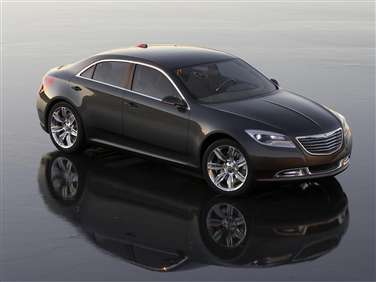 All About Chrysler Sebring

The Sebring has one of the longest production histories of any of the current offerings in the Chrysler lineup. This vehicle has been in production since 1995 as either a coupe, a sedan or a convertible, and has become a mainstay of Chrysler’s mid-size offerings. In 2007, the Sebring was completely redesigned on the JS platform, which also underpins the Mitsubishi Lancer and the Dodge Caliber. The modern platform has spawned a sedan and convertible version of the Sebring, with the coupe having faded from the picture several years ago.

The 2008 Sebring brings both the convertible and an all-wheel drive version of the sedan into the picture. The sedan and convertible are each available in Chrysler’s standard trims: LX, Touring and Limited. The LX and Touring editions are powered by the reliable and ubiquitous 2.4 liter 4-cylinder engine, which uses variable valve timing and 4 valves per cylinder to boost output to 173 horsepower and 166 lb-ft of torque. A 2.7 liter E85 ethanol-powered V6 is a 189 horsepower option on the Touring, and with either motor a 4-speed automatic transmission sends power to the front-wheels. The Limited has more get up and go in the form of a 3.5 liter V6 engine which generates 235 horsepower and 217 lb-ft of torque running through a 6-speed auto. The Limited can also be had in optional all-wheel drive.

The Limited is clearly the most comfortable version of the Sebring available, with leather seats, a touch screen display for controlling the vehicle’s sound system, and an 8-way power driver’s seat. Available four-wheel disc brakes also set the Limited apart from the lower trim options. However, in general the Sebring can be said to be reasonably comfortable and well-equipped even when riding in the base model. The convertible also feels roomy, although it is not designed to accommodate adults in the rear seats for any appreciable length of time. The retractable hardtop improves the all-weather utility of the vehicle, making it practical even in climates which have to deal with long months of winter driving. The downside to this type of roof is the large chunk of trunk space which becomes occupied when driving with it open.

The Sebring provides a bit more fun on the open road than the Camry which it is direct competition with, especially when equipped with the V6 and the 6-speed. It is difficult to recommend any other configuration when talking about the convertible, which is much heavier than the sedan and consequently requires extra motivation. The sedan feels tight while cornering, and although it is clear that the vehicle was not designed for high-speed slaloms, the suspension and steering inspire confidence in the driver.

The 2008 Chrysler Sebring is an attractively priced, comfortable commuter sedan which holds up well when compared against its Japanese competitors. The convertible is an especially good value, as it is priced well below any other mid-size retractable hard top on the market. The Sebring is deserving of a test drive from anyone in the market for a mid-size sedan or practical drop top. The 2009 Chrysler Sebring is a carryover from 2008. The 2009 Sebring is offered as both a sedan and a hardtop convertible. The sedan is available in a single trim, Limited, and standard equipment includes a 173 horsepower, 2.4 liter 4-cylinder engine that also produces 166 lb-ft of torque. This unit is matched with a 4-speed automatic transmission and is rated to provide fuel economy of 21 miles per gallon in the city and 30 miles per gallon on the highway. Buyers can choose to upgrade to a 3.5 liter V6 engine that offers 235 horsepower and 232 lb-ft of torque, and is shifted through a 6-speed automatic transmission featuring Autostick manual capability. Fuel mileage is 16 miles per gallon in city driving and 26 miles per gallon on the highway.

The 2009 Sebring convertible is available in LX, Touring and Limited trims. The LX drop top is equipped with the same 2.4 liter engine and 4-speed transmission as the LX sedan. Fuel economy is 1 mile per gallon lower on both counts due to the extra weight of the convertible. The Touring trim level makes use of a 2.7 liter V6 engine that generates 186 horsepower and 191 lb-ft of torque. Also using a 4-speed automatic, this motor turns in fuel mileage of 18 miles per gallon in city driving and 26 miles per gallon on the highway. The top of the line Limited trim is outfitted with the same 3.5 liter V6 engine that is optional in the sedan. Fuel economy and transmission choice are also identical.