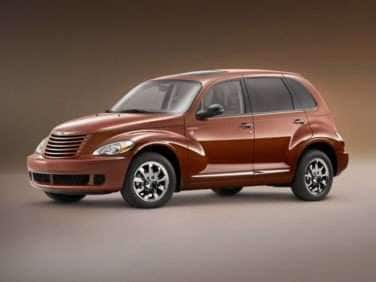 All About Chrysler PT Cruiser

The Chrysler PT Cruiser is a four-door, five-passenger compact wagon, and a two-door, five-passenger compact convertible. Due to poor sales, the convertible model is no longer produced, but the PT Cruiser wagon is manufactured in Toluca, Mexico alongside the Dodge Journey. While the Volkswagen New Beetle may have kicked off the retro-styling craze amongst automobile manufacturers, perhaps no vehicle has come to symbolize it more than the Chrysler PT Cruiser. Introduced in 2001, the ‘Personal Transport’ Cruiser was a dramatic modern interpretation of the design cues of the 1940’s and 1950’s. With its sloped, rising roof and gracefully pointed snout, the PT Cruiser found an immediate audience amongst young and old alike who were attracted to the vehicle’s unique looks and utility.

The 2008 PT Cruiser is largely unchanged from the model which debuted 7 years previous, although a convertible edition has been added to the lineup. The front-wheel drive, four-door wagon, like most Chrysler products, is available in three standard trims: LX, Touring and Limited. The LX and Touring are outfitted with a 2.4 liter, 4-cylinder engine which produces 150 horsepower and 165 lb-ft of torque, while the Limited benefits from a turbocharged version of the same engine. Previously found only in the now-discontinued GT model, this performance-oriented 4-cylinder adds 30 horsepower and 55 lb-ft of torque. The base model PT Cruiser can be had with a 5-speed manual transmission, while the Touring and Limited are only available with a 4-speed automatic.

The PT Cruiser is one of Chrysler’s entry-level vehicles, and as such it does not offer a significant number of luxury options. Cloth seats adorn all but the top of the line Limited, which gets leather, while every version of the Cruiser is equipped with power door locks and windows. No matter what edition of the vehicle is ordered, however, the PT Cruiser’s cabin never feels austere, and the fit and finish are decent. The Limited is afforded 4-wheel discs in order to better control the extra power generated by the turbo, while the LX and Touring have to make do with rear drum brakes – a rarity in today’s automobiles.

There are two special versions of the PT Cruiser available. The Street Cruiser is largely an appearance package for the LX, with additional options added on at a discounted rate, and the Sunset Boulevard edition essentially takes the same path. The convertible provides drop-top fun, but at the expense of a usable trunk, due to the sharply sloping rear deck. The two-door convertible is also only available in a single trim level.

Interior room in the PT Cruiser is excellent, and four passengers can be seated in comfort, although the seats in the second row begin to make their presence felt over the course of longer trips. Removing the rear seats frees up 67 cubic feet of cargo space, and the entire vehicle provides 120 cubic feet in total – equivalent to some of the more popular full-size luxury sedans on the market. The high ceiling really allows owners to be creative with the cargo that can be crammed into this compact wagon, and the large hatch makes for easy loading and unloading.

The PT Cruiser is unique in that it does not really have any direct competition, although Chevrolet has tried to change that with the slightly larger Chevrolet HHR. The wagon makes an excellent choice for anyone looking for the cargo capacity of a small van while wanting to maintain the driving characteristics of a compact car.

The 2009 Chrysler PT Cruiser is a carryover from 2008, with the elimination of the convertible model. The 2009 PT Cruiser is available in three trims: LX, Touring and Limited. The first two editions of the vehicle are outfitted with a 2.4 liter, 4-cylinder engine that generates 150 horsepower and 165 lb-ft of torque. Fuel economy is rated at 21 miles per gallon in city driving and 26 miles per gallon on the highway. The LX comes standard with a 5-speed manual transmission with the option of a 4-speed automatic, while the Touring is automatic only. The Limited trim is powered by a turbocharged edition of the same 4-cylinder engine, which churns out 180 ponies and 210 lb-ft of torque. This quicker edition of the car sees fuel mileage of 18 miles per gallon in the city and 24 miles per gallon on the highway.