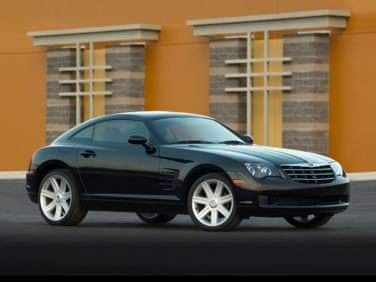 All About Chrysler Crossfire

The Chrysler Crossfire is a two-door, two passenger coupe, and a two-door, two-passenger roadster. The Chrysler Crossfire was manufactured in Osnabrück, Germany from 2004 until 2008. The Chrysler Crossfire is one of the most unique vehicles in the entire Chrysler lineup. This small coupe and roadster debuted as a 2004 model, and was the result of generous cooperation between designers and engineers at Chrysler and then-parent company Daimler. Almost 90 percent of the components underneath the skin of this small sports car have been sourced from Mercedes-Benz, combining some of the best aspects of the SLK-Class, C-Class and S-Class in order to create a performance vehicle which is unique in its market segment.

For 2008, the Crossfire is much the same as it has been in previous years. There is only one engine choice available for the vehicle – a 3.2 liter V6 which generates 215 horsepower and 229 lb-ft of torque. A 6-speed manual transmission is standard equipment, but buyers can opt for a 5-speed automatic if they do not feel like rowing through the gears themselves. The Crossfire is rear-wheel drive, and can be had as either a coupe or a convertible.

The two-seater has an upscale interior which features leather sport seats, tinted glass and an Infinity sound system. Dual-climate control is also installed, although the cockpit is so small it is doubtful as to how effective it could really be. Chrysler’s electronic stability control is constantly riding shotgun to make sure that the vehicle is safe to drive even on wet or icy roads, and the vehicle sports 18-inch wheels in the front and 19-inch wheels at the rear.

Buyers can opt to wrap performance tires around these rims if they plan on using their Crossfire for spirited driving, and this type of motoring is precisely what the Crossfire was conceived for. While it may not possess overwhelming power, the vehicle’s 3000 lb curb weight means that there is plenty of fun to be had on both the back roads and on the track, and the vehicle is agile and well-composed. The Crossfire goes from 0 to 60 miles per hour in 6.5 seconds, and the large wheels provide excellent grip and traction. This performance comes at a price, however – despite its small size, the Crossfire does not turn in fuel economy to match other small roadsters like the Mazda Miata. The vehicle gets 15 miles per gallon in the city and 23 miles per gallon during highway cruising, which puts it at the low end of vehicles in its class.

Most buyers are not looking for the Crossfire to be a fuel miser. The majority of two-seat vehicles aren't meant to be practical - they are intended as automotive toys, as is evidenced by their vestigial trunk space and somewhat restrictive cockpits. The primary attractiveness of the vehicle comes from its stunning looks combined with an engaging driving experience. The scarcity of the Crossfire is also appealing to those who do not want to join the legions of people driving a BMW Z4 or Mercedes-Benz SLK-Class. Unfortunately, part of this exclusivity is related to poor sales, and Chrysler has made the decision to discontinue the Crossfire after the 2008 model year.