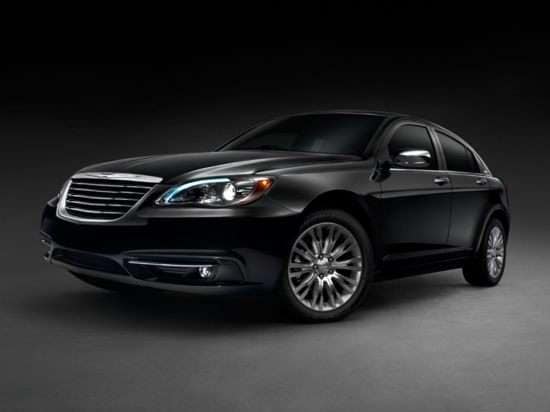 The 2013 Chrysler 200 welcomes a reconfigured lineup for the current selling season, as the brand looks to extend the car’s high-value market position by offering the popular “S” appearance upgrade for more models. Drivers also can look forward to increased levels of standard equipment sprinkled throughout the 2013 Chrysler 200 roster.

While value, as mentioned, is a focus of the 2013 Chrysler 200, the entry-level LX model does offer an entirely livable package, with air conditioning, keyless entry, power locks/windows/trunk release, LED accent lighting inside and out, steering-wheel-mounted audio controls, heated outside mirrors, 17-inch wheels, halogen projector headlamps, and even acoustic laminated front glass.

Enhancements for the 2013 Chrysler 200 Touring include swapping the standard four-speed automatic transmission for a six-speed unit, then tuning up the interior with leather trim for the steering wheel and shift knob (which also wears a new chrome accent). The audio system also adds two more speakers, for a total of six, while the headlamps add an auto on/off feature. The 2013 Chrysler Touring rides on aluminum wheels, too, instead of the LX’s steelies. For drivers who want to give the 2013 Chrysler Touring a custom-cool appearance, the S package serves up the full blackout treatment for the car by putting a black finish on its grille and fog-lamp bezels, black accents on the headlamps, and a black inlay to the car’s exterior Chrysler badging; additionally, the S upgrade includes 18-inch polished and painted aluminum wheels.

The premium powertrain—consisting of a 3.6-liter Pentastar V6 and six-speed automatic transmission—is standard in the 2013 Chrysler 200 Limited, a model that also shows off with leather, heated front seats, fog lamps, bright-accented exterior mirrors and door handles, remote start, and a dedicated iPod connector, now part of an audio setup that introduces speakers from Boston Acoustics. The 2013 Chrysler 200 Limited can be upgraded with more available options as well, including a sunroof and a Uconnect infotainment setup with voice recognition, Bluetooth technology, and a Uconnect phone system.

The blackout-style S package is available on Limited models, too, where it also adds body-color door handles and exterior mirrors, and leather-trimmed bucket seats.

Finally, remember that the 2013 Chrysler 200 is available in a two-door convertible configuration, with a retractable hard top, in Limited and Touring trims, as well as with the S package.

The starting point for the 2013 Chrysler 200 powertrain family mates a four-speed automatic transmission to a 2.4-liter 4-cylinder engine that makes 173 hp and 166 lb.-ft. of torque. The Touring model, however, allows that powerplant to be combined with a modern six-speed automatic for a more refined and efficient ride. For a significant increase in power, the 2013 Chrysler 200 can be configured with a 3.6-liter Pentastar V6, in combination with the six-speed transmission, to holster 283 hp and 260 lb.-ft. of torque.

Per the EPA, fuel-efficiency ratings for the 2013 Chrysler 200 are as follows:

The 2013 Chrysler 200 is among the first class of mid-size sedans to earn the new Top Safety Pick+ rating from the Insurance Institute for Highway Safety (IIHS). The car also is a 4-star safety performer in the New Car Assessment Program from the National Highway Traffic Safety Administration (NHTSA).

The addition of Boston Acoustic speakers is a nice benefit to the other infotainment technologies available in the 2013 Chrysler 200, like its Uconnect Voice Command system with navigation, Bluetooth tech, a 40-gig hard drive, CD/DVD/MP3/HD radio playback and 6.5-inch touchscreen.