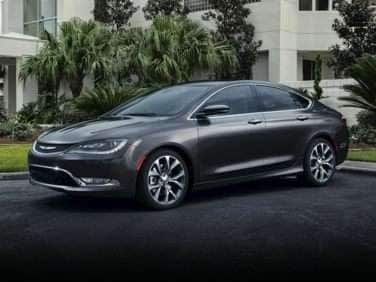 The Chrysler 200 might have a relatively new name, but it’s basically rebadging an established model. When the Chrysler Sebring nameplate was retired in 2010, the Chrysler 200 took over for the 2011 model year. The car was also updated and refreshed to coincide with its renaming. The Chrysler 200 is now available in both sedan and two-door convertible versions, and continues to be built in the Sterling Heights, Michigan, Chrysler plant in the United States. It is built only in left-hand-drive format, and is thus only sold in markets that follow this format. In Europe, though, the car is badged and sold as the Lancia Flavia. In late 2013, Chrysler will be taking an updated version of the 200 to auto shows, and the refreshed 200 model will hit dealerships in 2014, further distancing itself from its previous name.

When the Chrysler Sebring was being reviewed for potential changes, Chrysler’s designers decided to keep the platform the same, although the car went through several mechanical and aesthetic updates. The previous car offered only a 2.4-liter 4-cylinder engine, an all-new 3.6-liter V6 option was added to the lineup. Chrysler 200 buyers can select the tried and true powerplant, with either a four-speed or six-speed automatic transmission, good for 173 horsepower. Or, customers can pony up for the larger engine, which is paired with a six-speed automatic tranny and produces 283 horsepower. The 3.6-liter V6 also comes in a flex fuel format, for ethanol-friendly drivers. All three engine options are also offered in the convertible version of the 200 that hit dealerships in 2011. Since Chrysler considers the 200 an entry level luxury car offering, this change in the car’s marketing strategy required some improvements over the old, dated Sebring. The suspension and chassis were reviewed and given some improvements for the benefit of ride quality and handling, such as stiffer engine mounts and new suspension components, and the interior was cleaned up to attract the entry level luxury demographic and hold its own against other cars in the category. The Chrysler Sebring was notorious for having a budget-friendly feel, so such measures were necessary to compete in Chrysler’s desired market for the 200. These changes include the addition of LED lighting, thicker and more comfortable seats, higher quality upholstery and other upgraded interior finishes. So far, the strategy has been successful, since sales of the Chrysler 200 have improved noticeably over the Sebring’s last couple years of sales. The name change also helps strengthen the bonds of the Chrysler lineup by linking the car to its larger sibling, the Chrysler 300 flagship sedan.