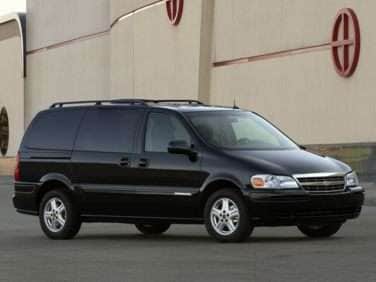 All About Chevrolet Venture

After the demise of the Lumina minivan experiment, Chevrolet had a spot in their lineup that they needed to fill. The Chevrolet Venture came out in 1997 as a van that had a great deal in common with the departed Lumina but didn’t share the somewhat extreme styling of its predecessor. With a conventional-length front end and a gently sloping A-pillar, the Venture fit in with the established design standards of the day. The van shares a platform with Pontiac and Oldsmobile, and only mild stylistic differences separate the three vehicles.

The 2005 Chevrolet Venture is powered by a 185 horsepower version of GM’s 3.4 liter V6. With 210 lb-ft of torque running through a 4-speed automatic transmission, this front-wheel drive van has ample motivation even when loaded up with an entire soccer team. While fuel economy might be an average 26 miles per gallon on the highway and 19 around town, the upside is a van that never runs out of breathe no matter how hard it is pushed uphill or in highway passing. All-wheel drive, an option for the previous model year, has been phased out for 2005.

There is only one wheelbase available for the Venture, a seven-passenger stretched version of the platform that makes use of a third row seat which folds into the floor. Unlike other vans with this feature, the seat actually increases the height of the rear cargo area’s floor instead of disappearing without a trace. The second row of seating can be removed in order to open up substantial room for construction supplies or helping a friend move. Seating is generally comfortable all around, although adults should restrain themselves from taking any long trips in the third row bench seat.

The choice of materials for the inside of the Venture have not aged well when compared against more modern competitors like the Honda Odyssey and the Toyota Sienna, nor do fit and finish match its imported rivals. Another more alarming area where the Venture has fallen behind is crash safety. The van has not performed as well as most others in its class in frontal offset collisions, and although the vehicle has been stuffed with front and side-impact airbags, parental concern over the safety of their children has dogged sales of the Venture.

The Chevrolet Venture does provide a better handling experience than previous minivans from General Motors, and it is obvious that a great deal of attention has been paid to the vehicle’s suspension when it comes to the dynamics of body flex and shake over potholes and other bumps in the road. Combined with the excellent V6 engine, the Venture is far less of a chore to drive than might be expected given the some of Chevrolet’s past mistakes.

The Venture represents the last gasp for Chevrolet in the minivan market before corporate planners decided to pursue crossover SUV sales in place of these staid people movers. The vehicle was replaced at the end of 2005 by the Chevrolet Uplander.