One of the last of the truck-based body on frame midsize suvs, the Chevrolet Trailblazer, in its heyday, was ranked among the most popular midsize SUVs in America. Sharing its platform with the Buick Rainier, GMC Envoy, and Oldsmobile Bravada, the Trailblazer was introduced in 2002, and was produced through 2009.

Unfortunately, consumer tastes changed considerably over the course of the Trailblazer’s lifetime. Where before, it was enough just to be an SUV, eventually people wanted the wildly popular vehicles to behave more like cars. In this regard, the Trailblazer was ill-suited to make the leap. Ultimately, General Motors replaced the Trailblazer with the Traverse, incorporating a unibody design with more carlike attributes.

Still, the Trailblazer had a lot going for it—its unique hydroformed frame rails gave it exceptional rigidity for a body on frame design. Further, then state of the art features such as navigation and a rear seat DVD-based video entertainment system were available. Sadly though, all these modern conveniences were packed into an inferior interior design—one that left quite a bit to be desired on both the quality and the aesthetic front.

For these, and a number of other reasons, the Chevrolet Trailblazer was discontinued in 2009. Thus, only one generation of the midsize Chevrolet suv was ever built. BTW, the Trailblazer name was originally employed in 1999, as an upscale trim line of Chevrolet’s Blazer SUV. The Blazer ran until 2005.

Winner of the North American Truck Of The Year award in 2002, the Chevrolet Trailblazer debuted to a warm reception. One of its best features was its 4.2-liter in-line six-cylinder engine. A paragon of smoothness, GM actually had to install an ignition override to prevent drivers from attempting to start the vehicle when it was already running. The engine ran that smoothly. Producing 270 horsepower and 275 foot-pounds of torque on regular unleaded fuel, the engine was paired with a four-speed automatic transmission. Buyers had a choice of either rear or all-wheel-drive. The Trailblazer used a double wishbone independent front suspension design and a solid live rear axle.

Its four-wheel-drive system was an on-demand design with a mechanical center differential, high/low gear selection, automatic locking hubs, and a center-locking differential.

The 2002 Chevrolet TrailBlazer came to market in two body styles and three levels of trim; LS, LT, and LTZ. Each trim level was available for either the standard wheelbase, or the long wheelbase EXT Trailblazer. Trailblazer EXT, sixteen-inches longer than the standard Trailblazer, offered a third row of seats and featured a higher roofline to enable easier access to the third row.

Both the driver and front passenger bucket seats were equipped with manual adjustable lumbar support. All seats were upholstered in cloth. The rear seatback split-folded to enable the Trailblazer to accommodate more cargo. There were power door locks and two one-touch power windows.

To ensure the comfort of its occupants, the 2002 Chevrolet Trailblazer LS offered a tilt adjustable steering wheel, dual zone air conditioning, a cargo area light, and front and rear reading lights. An external temperature display and a compass were fitted as well. The audio system used six speakers, driven by an AM/FM in-dash single-disc CD player.

Trailblazer LT's steering wheel was upholstered in leather, and the inside rearview mirror was electrochromatically auto dimming. There were dual illuminating vanity mirrors, and the OnStar telecommunications system was standard. Safety features added to the LT trim line included the remote antitheft alarm system and front fog lights.

Model year 2003 saw the introduction of a 5.3-liter V8 for Trailblazer EXT, producing 294 horsepower and 325 ft-lbs of torque. Horsepower output of the inline six was increased to 275 hp, but its torque output remained unchanged.

The size of Trailblazer’s fuel tank was increased to 22 gallons, EXT models got an additional child seat anchor, and the side airbags. A rear cargo shade, interior lighting, and the auto dimming driver’s side mirror—formerly all standard equipment—were shifted to the options list.

Going into model year 2005, Chevrolet's product planners specified some interior improvements, including restyled seats, revised chrome accents, trim enhancements, and an updated instrument panel. But it was the Trailblazer LT got all the love; including a new front fascia. The Trailblazer LS continued with the same look as the 2002 model.

Other features of the SS included a sport tuned suspension system, twenty-inch wheels, and more powerful brakes. The SS package could be fitted to either the LS or the LT Trailblazer.

For Trailblazer 1SS, the basic equipment list was the same as the Trailblazer LS, however it also featured a sport-tuned suspension system, twenty-inch wheels, a monochromatic exterior paint treatment with a black mesh grille, high-performance brakes, and a faster steering rack. To get from there to Trailblazer 3SS, the LT's equipment list was fitted, in addition to leather seating, power actuated front seats, and the adjustable pedal set.

Satellite radio and side curtain airbags were added to the standard equipment list.

For the last year of Trailblazer production, the 5.3-liter V8 was killed, but Bluetooth was added.

All in all, by the end of its run, many of the Trailblazer's contemporary competitors were superior to it in pretty much every regard. However, high-performance aficionados would do well to take a serious look at the Trailblazer SS. Sporting the engine from the 2005 Pontiac GTO and an upgraded suspension system, brakes, and a faster steering rack, the Trailblazer SS was the best Trailblazer of all—if you’re someone who truly likes to drive and needs an SUV.

For those in the mainstream who absolutely insist upon having a Chevrolet Trailblazer, you’d do well to get the most recent example you can afford. The later models featured more powerful engines, and a broader range of equipment.

Built during the last days of the old GM, development money was at a premium  During the Trailblazer's lifetime. And, a lot of programs were being cut. In fact, at the press preview of the Envoy, Bravada and Trailblazer, the death of the Oldsmobile brand was announced. Thus, not a lot of attention was lavished upon the Trailblazer during the latter days of its model run.

If you are seriously considering purchasing a pre-owned Chevrolet Trailblazer, you'd do well to run an Internet search for “Chevrolet Trailblazer recalls”, indicating the model year of your interest—just so you know what you’re getting into. Similarly, you'll want to run a vehicle history report against the VIN to ensure there are no old skeletons hiding in your potentially new Trailblazer’s closet.

To make sure the needed updates you find were applied to your model, in addition to making sure you're getting a sound running iteration of the Trailblazer, you'll definitely want to subject any model you're seriously considering to a pre-purchase inspection by an independent, trusted, professional mechanic. 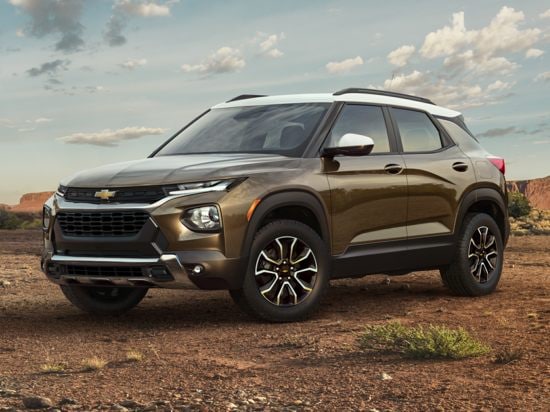