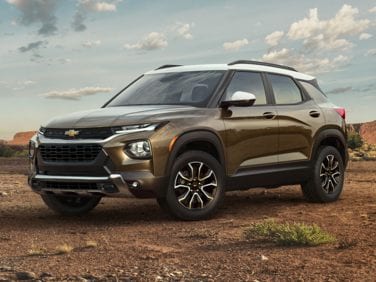 All About Chevrolet TrailBlazer

The Chevrolet Trailblazer is a four-door, five passenger mid-size sport utility vehicle. The Chevrolet Trailblazer has gradually evolved from an upscale version of the Blazer into the mid-size, truck-based SUV that it is today. Introduced as its own model in 2002, this 4-door sport utility vehicle has served as a testing ground for new engine technologies from General Motors such as variable-valve timing, as well as an indicator of where the future styling of Chevrolet trucks was headed. The most recent update of the Trailblazer occurred in 2006 when it was given a refreshed exterior appearance.

The Trailblazer continues to defend its reputation as an excellent all-around SUV, capable off-road as an good trail rider and also well-suited to the demands of towing and hauling. There are only 2 models of the Trailblazer – the LT and the SS. The LT can be configured in three different ways, and moving from the base 1LT up to the 3LT sees the addition of goodies such as heated seats, leather interior accents, 18-inch wheels and a Bose stereo system. All LT’s come standard with cruise control, satellite radio, OnStar and a power driver’s seat. The base engine in the LT is a very capable 4.2 liter inline 6-cylinder, which provides 285 horsepower and a stout 276 lb-ft of torque. 4-wheel drive is an option for all LT’s, as is a 5.3 liter V8 with 40 more lb-ft of torque. A 4-speed automatic transmission handles the shifting for both units.

The Trailblazer SS has a much larger, much more powerful 6.0 liter V8 which makes 390 horsepower and a tire-shredding 400 lb-ft of torque. This monster rides on 20-inch wheels and can be had in 2-wheel drive or fulltime 4-wheel drive, depending on the driver’s tire budget. The interior appointments are quite nice and can be upgraded even further with the 3SS trim level to include rear air-conditioning, power-adjustable pedals and embroidered SS seats. The SS is quite fast for a truck, with a 0 to 60 miles per hour time of 5.8 seconds and a standing quarter mile run that only takes 13.5 seconds. A stiffer suspension helps to keep the Trailblazer between the lines while unleashing all of its substantial performance through the standard 4-speed automatic transmission.

Inside the Trailblazer, seating is comfortable for five passengers, and there is plenty of space for everyone’s luggage. If it won’t all fit inside, then there is no need to worry – even with the base 6-cylinder the Trailblazer can tow close to 6000 lbs. Both the SS and the LT equipped with the optional V8 bump that figure up to almost 7000, which is a substantial number for a mid-size SUV. A trailer towing equipment package is also available from Chevrolet which includes a hitch platform and the necessary wiring harness. While the Trailblazer is not facing any major changes or improvements between 2008 and 2009, its versatile utility and excellent performance, especially in SS trim, make it one of the category-defining SUV’s on the market today. It is a solid choice for anyone needing a vehicle for work, recreation, or heavy-duty hauling.

The 2009 Chevrolet Trailblazer is a carryover from 2008. The 2009 Trailblazer comes in four different trim levels: 1LT, 2LT, 3LT and SS. The first three all share the same 285 horsepower, 4.2 liter inline 6-cylinder engine that also produces 276 lb-ft of torque. A 4-speed automatic transmission handles gear changes, and fuel economy is rated at 14 miles per gallon in the city and 20 miles per gallon on the highway. Four-wheel drive is optional. The SS substitutes a 6.0 liter V8 that pushes out an impressive 390 horsepower and 400 lb-ft of torque. Fuel mileage is substantially reduced to 12 miles per gallon around town and 16 miles per gallon during highway cruising, and all-wheel drive is available on the SS. A 4-speed transmission is again the only available gearbox.