Style Highlights of the 2015 Chevrolet Tahoe and Suburban

With full-size trucks and SUVs enjoying a burst of demand in recent months, Chevrolet is continuing to stoke interest in two of the segment’s most important new products: the next-generation 2015 Chevrolet Tahoe and Suburban. The duo is due in dealerships in the first quarter of 2014, and you can expect a steady stream of news ahead before that time, especially since the Suburban also will be celebrating its 80th anniversary as the industry’s “original SUV.”

But this year, while both the 2015 Chevy Tahoe and Suburban will share the same advanced engine family and platform used by the all-new 2014 Chevy Silverado, the Bowtie brand’s SUVs will be differentiated from their corporate cousin by exclusive design. In fact, per Chevrolet, “Not a single exterior sheet metal panel or lighting element is shared with Chevrolet’s full-size pickups.”

Consider the 2015 Chevy Tahoe. As explained by Alexandre Henriques, exterior designer for Chevrolet, the new look is “sophisticated and athletic, and really goes along with the Chevy DNA.”

On the other hand, it’s also clear that Henriques and his team are strong believers in the concept of allowing form to follow function. As a result, the sculpted good looks of the 2015 Chevy Tahoe deliver enhanced aerodynamics as well as a clean appearance, complemented by clever touches like a rear windshield wiper that hides behind a trim piece when not in use.

A similar attention to detail is obvious throughout the vehicles’ spacious and versatile cabins, too. According to Brian Priebe, lead interior designer for the 2015 Chevy Tahoe and Suburban, a key inspiration was simply, “Sitting down with customers and understanding what they wanted in a vehicle.”

Results include fold-flat second- and third-row seating, with each row also enjoying its own climate controls and device-charging ports; connectivity and infotainment technologies that rival in-home systems; and a new focus on vehicle protection that relies on features like hidden storage and high-tech sensors.

“We have engineered a layered approach to vehicle security,” said Bill Biondo, leader of GM’s Global Vehicle Security team. “With new standard features and the available theft protection package, we are making the all-new 2015 Tahoe [and Suburban] aless attractive target to thieves and more secure for our customers.” 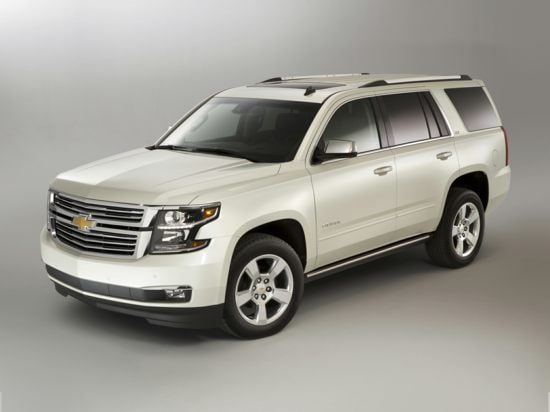