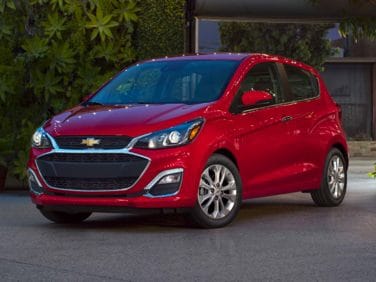 All About Chevrolet Spark

The Chevrolet Spark is a subcompact five-door hatchback. The car was developed in 1998 as a Daewoo Motors economy car in South Korea. When General Motors took over Daewoo in 2002 to form GM Korea, some Daewoo cars were rebadged as Chevrolets and brought to the United States. The Spark is one such example of this strategy, as it was previously only available in South Korea and certain parts of Europe, where it was the best-selling Daewoo model for several years. The second generation of the Spark was introduced in 2005, and the third generation became available in 2010. All three generations were available only in the front-engine, front-wheel-drive, five-door hatch body style, and have been given several updates through each lifecycle.

The primary objective of the Chevrolet Spark is to be economically appealing to urban dwellers or budget-conscious potential customers. It has always featured a compact, convenient body and a small engine best suited to urban commutes. The first generation had a manual transmission and a 0.8-liter engine with 51 horsepower and a top speed of 89 miles per hour; however, drivers were rewarded with 44 mpg fuel economy. Most other features, including safety features that are often considered basic and essential, were options for an extra charge. However, since this version was not available in the United States, it was not subject to the safety regulations that would make Western Hemisphere buyers expect such features as standard equipment.

An update to the first generation Spark was still not intended for the North American market, since it was released in 2000, a couple years before General Motors’ takeover of Daewoo Motors. The exterior of the car saw minor aesthetic updates, and the redesign was intended to accommodate a new 1-liter engine (which was good for 62 horsepower and a top speed of 96 miles per hour), paired to a five-speed manual transmission. However, the implementation of the new engine did not happen until partway though the car’s lifecycle, after the takeover was complete.

The second gen Spark enjoyed a considerable redesign for aesthetics and efficiency. Both the exterior and interior got a facelift, and the car’s platform had an improved suspension.

The third generation, introduced in 2010, was based on the Chevy Beat concept, which was previewed at the 2007 New York International Auto Show, and the production version (with the name changed to the Spark) was shown at the 2009 North American International Auto Show in Detroit and the Geneva Motor Show. This Spark is sold throughout the world under different manufacturers and nameplates. A fully electric version of the Spark was announced in 2011 for release in 2013, and launched in selected United States markets that summer, mainly on the West Coast.