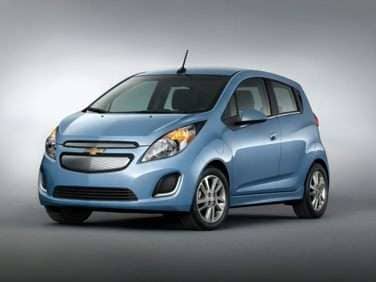 All About Chevrolet Spark EV

The Chevrolet Spark EV is an all-electric version of Chevrolet’s economy, subcompact Spark. The Spark is a city car five-door hatchback that went in production in 1998, as a Daewoo Motors vehicle, with distribution limited to selected markets. General Motors took over the South Korean manufacturer Daewoo Motors in 2002, and the Spark was absorbed by GM’s Chevrolet brand to expand the brand’s portfolio of low cost cars, in the hopes of attracting younger buyers. The Spark is a subcompact designed to appeal to urban dwellers. The Spark entered its second generation in 2005 and its third generation in 2010. In October of 2011, General Motors announced that the Spark EV would enter production. The production version of the Spark EV was unveiled at the Los Angeles Auto Show in 2012, and in October of that year, the Spark EV went into production in General Motors’ South Korean assembly facilities, for sales in that region. The Spark EV was released in the United States in June of 2013, but only in California and Oregon, due to those states’ more advanced electric vehicle infrastructures. The Spark EV is slated for eventual release in Canada and in selected parts of Europe. The Chevy Spark EV is General Motors’ first all-electric passenger car since 1999, when General Motors stopped production of its experimental EV1 electric car.

The Chevy Spark EV, like the traditional gasoline version of the Spark, is a front-engine, front-wheel-drive car that, through its life, has only been available as a hatchback. The Spark EV is powered by a 97 kW electric motor that provides the equivalent of 130 brake horsepower. The electric motor is paired to a 21.3 kWh nanophosphate lithium-ion battery pack. This drivetrain provides a range of 82 miles under normal driving conditions. The Chevrolet Spark EV borrows a lot of technology from Chevy’s Volt plug-in hybrid, such as elements of the electric power system as well as the driver information interface in the cabin. The Chevy Spark EV is offered with an optional high speed charger that can revive 80% of the car’s battery in just 20 minutes. Otherwise, the Chevy Spark EV takes about seven hours to charge plugged in to a 240-volt outlet. The 2014 model year Chevrolet Spark EV earned Environmental Protection Agency gasoline equivalent ratings of 128 miles per gallon city, 109 miles per gallon highway, and 119 miles per gallon combined.