The Chevy Sonic certainly has made a nice job of cashing in on the Bowtie brand’s newfound small-car expertise, but what’s particularly impressive is that it has done so from a one-down position as compared to its rivals: When it was first launched, the Sonic didn’t offer customers an automatic gearbox in its premier model, the one featuring a peppy 1.4-liter turbocharged engine. But that long national nightmare for subcompact customers is finally over, as the 2012 Chevrolet Sonic Turbo is now available with a six-speed automatic transmission. Prices will start at $17,630 for the sedan and $18,430 for the hatch, including a $795 destination charge.

Of course, as mentioned, the Sonic has done relatively well volume-wise without that powertrain. The car debuted late last year and instantly became one of the segment’s top sellers, and it’s been seeing plenty of action so far this year, too. The Sonic was No. 2 in its segment in both January and February, with last month representing the car’s highest sales volume yet—some 7,900 units. The only vehicle ahead of the Sonic on the subcompact sales chart is the Nissan Versa, and that car holds nearly the same kind of dominating position in its segment that the Ford F-150 does among the full-size pickups. But Sonic sales handily topped those from the rest of its rivals, which include all-new products like the Ford Fiesta, Hyundai Accent and Kia Rio, as well as the venerable—but still very competent—Honda Fit.

Thus, to set the stage for the new Sonic model, here’s where the top subcompacts currently stand after two months’ of 2012 sales:

It’s not going too far out on ye olde limb to predict that the Chevy will see a nice bump in volume with the new model, especially with fuel prices continuing to climb. That’s because although turbocharging is often still thought of as a performance enhancer, the Sonic also relies on the technology to enhance fuel economy.

“Traditionally, turbocharging was used to enhance the performance of engines, but today it is as much about fuel economy as a 0-to-60 time,” said Bob Benedict, assistant chief engineer for the Ecotec 1.4L engine. “The turbocharger provides high-pressure airflow for high torque to boost the vehicle and give the driver a fun driving experience with improved fuel efficiency.”

In fact, according to the EPA, the automatically transmissioned Sonic Turbo leapfrogs all Sonic models with the 1.8-liter naturally aspirated I4 to become the second-most efficient model in the lineup. The Turbo model with its six-speed manual remains the ultimate combination of Sonic fun and fuel-economy, thanks to EPA marks of 29 mpg city/40 mpg highway/33 mpg combined, but the autobox is close behind with a line of 27/37/31; that compares to fuel-efficiency ratings of 26/35/29 for the Sonic 1.8/manual and 25/35/28 with the automatic.

Also, even relying on the automatic transmission, drivers of the Sonic Turbo will enjoy some fairly invigorating performance. The Chevy has the only turbocharged engine in its class, and it makes 138 hp and 148 lb.-ft. of torque. Looking at the Fit, Fiesta and Versa (sedan and hatch), the top output comes from the Versa hatch at 122 hp and 127 lb.-ft. of torque—giving the Sonic advantages of 13 percent and 16.5 percent. The South Koreans can match the Chevy’s horsepower, but they offer even less torque than the Versa, developing just 123 lb.-ft. of twist; that’s a better than 20 percent advantage for the Sonic.

The bottom line is that the Sonic Turbo can sprint from 0-60 mph in 7.8 seconds with the DIY gearbox and “about” 8 seconds packing the automatic.

Yet gearheads should remember that the Sonic Turbo actually isn’t the Sonic’s hi-po model—that would be the Sonic RS, which is due later this year.

Unveiled at this year’s North American International Auto Show in Detroit, the Sonic RS “pushes Chevrolet’s performance heritage in a new direction, for a new generation of drivers,” according to Chris Perry, vice president of Global Chevrolet Marketing. “It takes the Sonic’s great design and latest connectivity features and combines them with a more performance-oriented look and feel.”

A similar approach was use to upgrade the cabin of the Sonic RS, too. Front sport seats, a flat-bottomed racing-style steering wheel, aluminum sport pedals, RS instrument panel graphics and interior trim colors, and a new shifter knob (on cars with the manual transmission) are all in the mix, and Chevrolet MyLink is standard as well. This innovative infotainment and connectivity system provides owners with a number of tech benefits, including the ability to download navigation directions from a smartphone to the Sonic’s audio system display, along with access to Pandora and Stitcher Internet radio.

And yes, the Sonic RS will join its siblings as part of the country’s only made-in-America subcompact family, with production slated for GM’s Orion Assembly Center in Michigan. 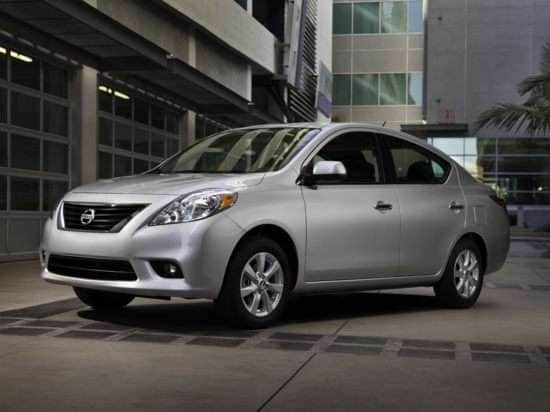