Though the exterior received only a mild refresh, the 2012 Chevrolet Silverado 2500 HD is nevertheless a noticeably different truck. This model year brings the optional addition of the rugged 6.6L Duramax diesel, purportedly capable of producing 397 horsepower and 767 lb-ft of torque. Thanks chiefly to the new Allison 1000 6-speed automatic transmission to which it is mated, Chevy also claims the new diesel can achieve 0-60mph in under 9 seconds. Maintaining that emphasis on speed, the Duramax further requires only 3 seconds to sufficiently "warm up" in temperatures as low as -20F. Other engine options include a modestly tweaked 360 horsepower, 380 lb-ft of torque 6.0L V8, coupled with Chevy's 6L90 six-speed automatic. Regardless of powerplant configuration, all Silverado 2500HD models come with Chevy's new exhaust brake system, engineered to use back-pressure to lessen the burden of deceleration traditionally placed on the braking system and transmission. 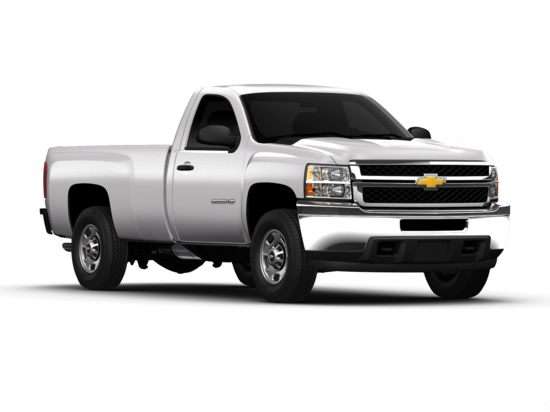