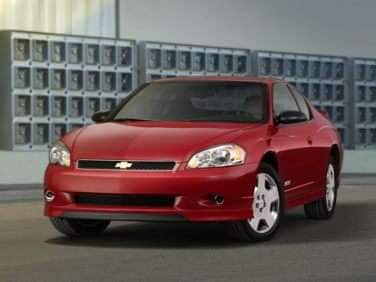 All About Chevrolet Monte Carlo

The Chevrolet Monte Carlo made its debut in 1970 as Chevrolet’s entry into the personal luxury automobile craze that was sweeping the industry at the time. Intended to compete against the Buick Riviera and the Ford Thunderbird, the Monte Carlo gradually increased in length and girth as the decade wore on, until a re-design for the 80’s saw it switch back to a more svelte, rear-wheel drive coupe. The Monte Carlo was withdrawn from production in 1988 only to re-appear in the mid-90’s as a replacement for the Lumina coupe both in Chevrolet showrooms and on the NASCAR circuit.

The most recent Chevrolet Monte Carlo carries on the vehicle’s tradition of providing a chariot to those who would prefer that their full-size sedan be delivered minus a couple of doors. The Monte Carlo is a big-bodied car with an aggressive, angular front end and unique creases running from the front fender to the door handle and then again from the top of the rear quarter panel to the edge of rear deck. There is nothing else like it in the Chevrolet lineup in terms of style, thanks to a re-design in 2006 that took it in a different direction from Impala.

Underneath the hood, base and intermediate Monte Carlos come equipped with a 3.5 liter V6 engine that produces 211 horsepower and 220 lb-ft of torque. The most exciting change for this generation of Monte Carlo, however, is the inclusion of a V8 engine when SS trim is ordered. The 5.3 liter motor in this front-wheel drive machine makes a healthy 303 horsepower and a steering wheel-twisting 323 lb-ft of torque. A 4-speed automatic transmission is standard with either engine.

The 3.5 liter V6 is no slouch, but the real fun is to be had with the V8-powered car. The Monte Carlo SS makes the most of its standard traction control when launching off the line, as it helps to keep wheel spin to a minimum – always an issue with a powerful front-wheel drive car. Four wheel disc brakes and a stiff suspension make the car more fun to drive than its size and powertrain layout might suggest, and the addition of displacement on demand technology which shuts down up to 4 cylinders during highway driving bumps fuel economy up to 27 miles per gallon.

Inside, the Monte Carlo suffers from the same parts bin mentality that plagues a number of GM interiors, but on the vehicle’s controls are well laid out and easy to use. Seats are comfortable, and passenger room in the back is decent for short trips. There is also an option to upgrade to leather seats which adds a touch of class to the entire cockpit.**** 2007 was the final year of production for the venerable Chevrolet Monte Carlo, a victim of the uncertainty surrounding the rear-wheel drive platform that General Motors had intended to deploy across both Pontiac and Chevrolet lineups. As of yet, it is unclear whether the Monte Carlo will return.