The Chevrolet Malibu Eco is a four door, five passenger sedan that features General Motor’s mild hybrid system.  Unlike full hybrid vehicles that have large synchronous AC electric motors sandwiched somewhere into the car’s drive train, GM replaces the traditional alternator with a larger more powerful generator, that aids in everything from recapturing energy while decelerating and storing it in, adding a 15 HP boost when required and, most importantly, handling the grunt of the Malibu Eco’s fuel saving stop/start feature that cuts the gas engine when sitting at a stop light and then brings it back to life once it’s time to go.

The $25,999 Malibu Eco is powered by a 2.4 Liter, four cylinder piston pumper that produces 182 HP and 172 lb-ft of torque on its own, and another 15 HP and 79 lb-ft of torque from the electric motor being channeled through a six speed automatic gearbox straight to the front wheels: good for an estimated 25-MPG in the city and as much as 37 MPG on the highway.

The interior of the Malibu has been redesigned to be much more user friendly; with larger buttons and less clutter, drivers will be able to navigate the center stack a bit easier.  One convenient feature found inside the Malibu Eco is a flip-up LCD My Link infotainment display that reveals a very convenient decent sized storage compartment that is a perfect fit for a smart phone or any other objects that might be cluttering up your pockets. 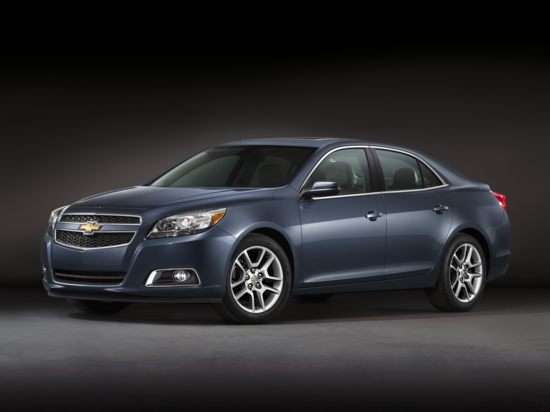