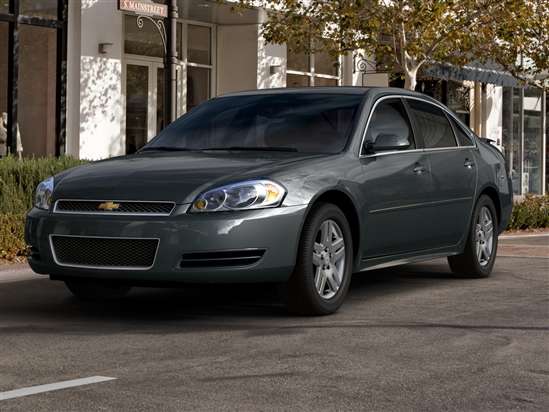 Changes for the 2013 Chevrolet Impala:

Few changes accompany the Impala into the 2013 model year. They include new OnStar RemoteLink smartphone app FamilyLink location alert service, new Crystal Red Tintcoat paint, and a new Luxury Edition Package that is optional for the LT model and standard for the LTZ model.

Most of the LTZ’s equipment can be added to the LT model, and both of these versions can be upgraded with a power sunroof.

All 2013 Impala models are equipped with a 3.6-liter V-6 engine that makes 300 horsepower. A 6-speed automatic transmission delivers the power to the car’s front wheels.

In crash tests conducted by the National Highway Traffic Safety Administration (NHTSA), the 2013 Chevy Impala receives a 4-star overall rating. However, in the side-impact test, the driver’s protection rating is just 2 stars. The Insurance Institute for Highway Safety (IIHS) gives the 2013 Impala its highest rating of “Good” in the moderate overlap frontal-impact and side-impact tests, and an “Acceptable” rating for roof crush strength and rear-impact injury prevention.

The 2013 Impala is a low-tech car, but it does come with standard Bluetooth and an OnStar telematics system. OnStar offers subscription-based services including Automatic Crash Response, which activates if the airbags deploy, putting a live operator in touch with the vehicle who can also send rescuers to the Impala’s exact location.

Additionally, a RemoteLink smartphone app is available through OnStar, and provides a new FamilyLink service for 2013. With FamilyLink, vehicle location alerts can be sent to the Impala owner’s phone when a family member or a friend is driving the car.