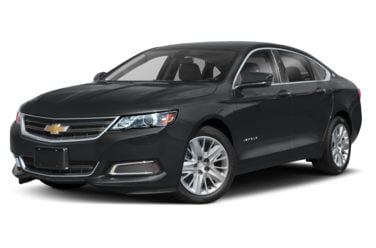 All About Chevrolet Impala

The Chevrolet Impala is a four-door, six-passenger family sedan. The Chevrolet Impala is one of the longest running and most popular cars still on the market today. The first model was released in the 1950s and was marketed to the middle class workers. Chevrolet successfully ran a campaign calling their Impala ‘a prestige car within the reach of average American citizens.’ It wasn’t long before the market caught on and made the Chevrolet Impala an all-time favorite. It dominated the market in the 1960s and 1970s but fell in popularity in the 1980s. It was eventually discontinued in 1986. We saw a brief return with the release of the Chevrolet Impala SS, a rear-wheel drive family sport sedan from 1994 – 1996.

The Chevrolet Impala returned again in 2000 as a full-size front-wheel drive. The current generation was released in 2014.

This current Chevrolet Impala is available in five models – LS, 1LT, 2LT, LTZ, and the SS. The base LS and LT models come standard with a 3.5 L V6 engine with variable valve timing that can produce 211 horsepower. The next engine up is the 3.9 L V6 engine with variable valve timing producing 240 hp and comes standard on the LTZ model but is available for the LT as an option. The performance SS has a 5.3 L V8 engine with Active Fuel Management system producing 303 hp. There is only one transmission available – a four-speed automatic. However, the SS model receives a heavy-duty variation.

The Impala makes for a great family sedan. The vehicle, although not luxurious, offers space, durability and reliability. Besides the six-person capacity, the cargo area is 18.6 cubic feet of trunk space, which is sufficient for most consumers' needs.

The Chevrolet Impala includes dual-zone air conditioning with driver and front passenger temperature controls and air filtration as standard equipment for all models along with the driver information center and AM/FM stereo with CD/MP3 player with auxiliary audio input jack. Other features, depending on model, include bucket six-way power driver seat with driver side manual lumbar adjuster, front center armrest, and front passenger seatback storage.

There are several packages available like the Luxury Edition Package and the Convenience Package. The Luxury Package adds in leather seats in front and back, leather-wrapped steering wheel, rear spoiler, Bose premium sound system and one year of OnStar Direction & Connections Plan.

The Chevy Impala has a full list of standard safety equipment, including dual stage front passenger and driver airbags with passenger sensing systems, head-curtain side-impact airbags for both the front and the rear as well as thorax side impact airbags for the driver and front passenger. Beside the airbags, there is remote keyless entry, remote start, four-wheel disc brakes with ABS, Electronic Traction Control, and StabiliTrak Electronic Stability control system.