One look at the 2010 Chevrolet HHR, and it's clear that Chevy is intent on injecting a bit of character and variety into the traditional sea of sameness that is the wagon vehicle category. While this stylish wagon certainly boasts styling cues that are inspired from the classic woody of yesteryear, it's safe to say that the Chevy HHR is anything but an old-school vehicle.

Indeed, the HHR's retro-futuristic design is its most talked-about feature. Inspired by the classic look of the 1949 Chevrolet Suburban, the HHR (a.k.a. Heritage High Roof) is sure to appeal to drivers who want a car that helps them stand out from the crowd.

The interior of the vehicle is designed with a similar slant towards visual appeal. However, unlike high-heeled shoes or a pair of tight-fitting pants, the Chevy wagon doesn't sacrifice fashion for function. Inside, the HHR is well appointed and roomy enough to accommodate five passengers. Though the rear seat might be a bit on the cramped side for taller passengers, the proportions of the HHR should be adequate for most. Up front, the standard cloth seats provide adequate support. Upgrading to leather seats provides a boost in back support.

A quiet ride and decent set of standard comfort features add to the appeal of the Chevrolet HHR. Default amenities include cruise control, speed-proportional power steering, power windows, satellite radio and MP3 input. Popular upgrades such as Bluetooth and a premium stereo system are also available.

The smart wagon design also provides versatile storage capabilities. A 60/40 rear seat folds flat to create a maximum of 57.7 cubic feet of storage space. An option that allows you to take home a front-seat-only Panel model increases that number to 62.7 cubic feet.

Looking under the hood, drivers will find one of three engines. The base 2.2-liter four-cylinder engine makes 155 horsepower. While generally adequate for day-to-day driving, many owners will likely complain about tepid acceleration and less-than-nimble handling. For these shoppers, the mid-grade 2.4-liter engine is a much better match. With 172 horsepower, this capable engine has the added oomph to deliver some enjoyment to the daily commute. For those who want an even bigger boost in performance, a turbocharged 2.0-liter four-cylinder hums along at an impressive 260 horsepower.

Fuel efficiency for the 2010 Chevy HHR is also impressive. At its best, the HHR earns 22 mpg in the city and 32 mpg on the highway. Given the large interior volume of the vehicle, these numbers make the Chevy wagon a solid alternative to gas-guzzling SUVs. Additionally, Chevy has equipped the HHR with E85 capabilities, allowing drivers to fill up with a more eco-friendly alternative to traditional gasoline.

Safety features are merely average for the HHR, with standard amenities that include anti-lock brakes, stability control and four airbags. Curiously, front seat side-impact airbags aren't even available as an option. Chevy's noticeable lack of attention to safety features shows in the crash test ratings. While frontal crash tests earn a highest rating of "Good" from the Insurance Institute for Highway Safety (IIHS), side impact scores come back as merely "Average."

The 2010 Chevrolet HHR starts at $18,720, which is fairly competitive for the wagon vehicle class. However, the $16,000 Hyundai Elantra Touring has been receiving rave reviews for value and functionality. Though more classically styled, the Hyundai is still a sharp-looking car worth considering.

The 2010 Chrysler PT Cruiser also begs comparison with the HHR. Boasting a similar retro-inspired design, some may find the PT Cruiser more attractive than the Chevy alternative. However, a sluggish engine and dated interior may turn some off.

If you like the idea of the 2010 Chevrolet HHR, then the MINI Cooper and MINI Cooper Clubman are also worth a look. 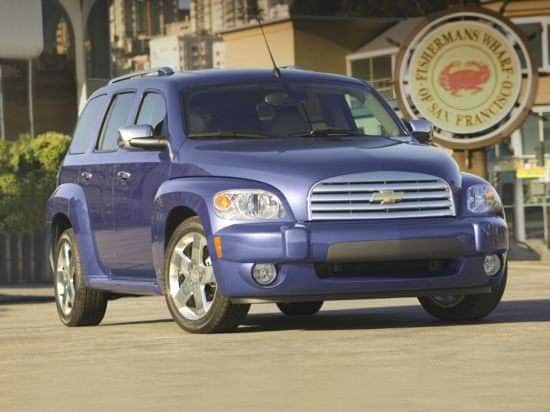 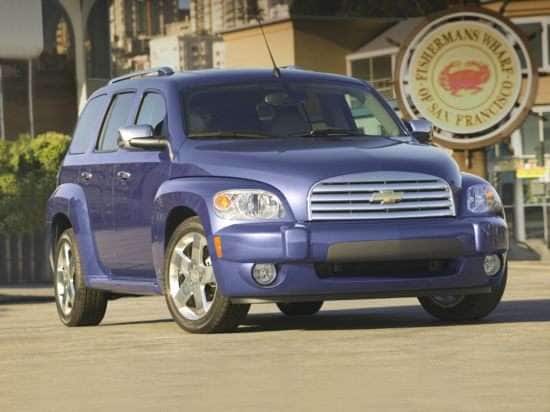