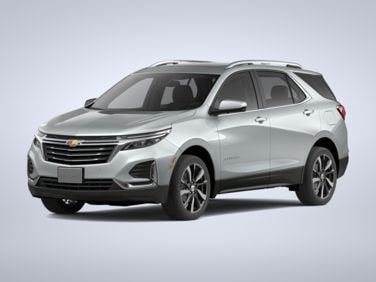 All About Chevrolet Equinox

The Chevrolet Equinox is a four-door, five passenger crossover SUV. General Motors has thrown themselves whole-heartedly into the crossover market with a number of different vehicles which are designed to slowly wean their product lineup away from both minivans and full-size, truck-based SUV’s. The Chevrolet Equinox was released in 2005 as their version of a more car-like, compact SUV. The Equinox shares the same basic platform as the Saturn Vue and Pontiac Torrent, although Chevrolet has been more careful than they have in the past to differentiate the vehicles both in terms of appearance and driving experience.

The Equinox is positioned as an alternative to the larger Trailblazer, and it matches up well with the Ford Escape in terms of overall dimensions and capabilities. There are four different versions of the Equinox available, ranging from the base LS to the top of the line LTZ. The entry-level LS is surprisingly well-equipped, with air conditioning, cruise control, a driver information center and power windows and door locks. Moving up through the LT and Sport trims finds added amenities such as leather, tinted windows, body-colored exterior trim and upsized alloy wheels. The LTZ edition really pours on the luxury with a Pioneer sound system, heated seats, an optional navigation system and optional rear seat DVD player for keeping the young ones entertained on a long road trip.

Chevrolet has simplified the engine choices for the Equinox, with only two options available. The base engine is a 3.4 liter V6 which produces 185 horsepower and 210 lb-ft of torque, while a 3.6 liter V6 featuring a much higher 264 horsepower is only available with the Sport trim. The smaller V6 is equipped with a 5-speed automatic, while the 3.6 liter comes with a 6-speed auto. Given that either engine can be had with all-wheel drive or front-wheel drive, which is optional on each trim level, and that each engine boasts almost identical fuel economy numbers (17 miles per gallon city / 24 miles per gallon highway), it is strange that the larger motor is so limited in its availability. While it is understandable that Chevrolet would want to set the Sport model of the Equinox apart from its more sedate siblings, the inclusion of the more modern 3.6 liter V6 as an option across the higher trim levels would make the Equinox much more attractive to those shopping around for a crossover SUV.

Regardless of engine choice, the Equinox never feels underpowered, although there is a significant difference in acceleration between the 3.4 and the 3.6. The more modern Sport V6 engine feels much smoother than the base, due to the greater technological investment such as variable-valve timing and dual-overhead cams. The higher cost of this type of engine is most likely the greatest factor when it comes to keeping it out of the less expensive editions of the SUV. The suspension is well up to the task of keeping the Equinox firmly planted in the corners, and the vehicle is capable of towing a modest 3,500 lbs. The Equinox is an improvement over the Tracker which it replaced, and marks a new era for Chevrolet in terms of smaller SUV’s which are better suited to today’s market.

The 2009 Chevrolet Equinox is a carryover from 2008. The 2009 Equinox can be purchased in LS, LT, LTZ or Sport trims. The first three all use the same 185 horsepower, 3.4 liter V6 that also produces 210 lb-ft of torque. A 5-speed automatic gearbox handles the shifting duties. Fuel economy for this engine is rated at 17 miles per gallon in the city and 24 miles per gallon on the highway. The Sport trim introduces a more robust 3.6 liter V6 that cranks out 264 horsepower and 250 lb-ft of torque. A 6-speed automatic transmission is standard, and fuel economy is identical to the smaller 6-cylinder. Each trim edition of the 2009 Equinox can be ordered with all-wheel drive.