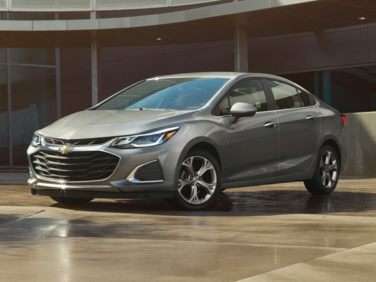 All About Chevrolet Cruze

The Chevrolet Cruze is a new compact sedan developed by GM's Chevrolet division. The Chevy Cruze replaces the Chevrolet Cobalt in North America and the Daewoo Lacetti in Europe. The Cruze competes with such affordable vehicle offerings as the Nissan Sentra, Mazda MAZDA3 and Ford Fusion.

The Chevrolet Cruze will be built on the GM Delta 2 platform. This will make it structurally similar to the redesigned Saturn Astra and brand-new Chevrolet Volt.

The design of the vehicle is intended to incorporate forward-thinking styling with an economical construction. The exterior of the vehicle features an elegantly arching roofline, large headlamps, concave shoulder line and 2-tier grille. The vehicle will also boast larger proportions than the majority of vehicles in its class.

Additional width and length of the Cruze should make it roomier than most of its competitors. The interior accommodates up to five passengers and boasts a twin cockpit design. Soft-touch materials, grained accents and low-gloss panels will be found throughout the cabin.

One engine option has been confirmed for the American market. It is a 1.4-liter turbocharged four-cylinder engine that is expected to deliver 140 horsepower. A five-speed manual transmission and six-speed automatic will likely be available.

Fuel efficiency influenced much of the Chevrolet Cruze's design. Tightening laws related to fuel economy will likely result in the use of lighter materials than found on the current Chevy Cobalt. Chevrolet has stated that final fuel efficiency may be as high as 45 mpg.

At present, only a Chevrolet Cruze sedan has been announced. However, many insiders predict an eventual release of a hatchback version of the car. No specific trim levels have been announced, but many are hoping for a sport-oriented model similar to the Chevrolet Cobalt SS. This likely won't be a possibility until a couple years after the introduction of the vehicle.

Rumors have also been circulating that the Chevy Cruze sedan will serve as the matriach to an entire family of Cruze vehicles. This may lend credence to the introduction of a hatcback model. Coupe and wagon models are also possibilities.