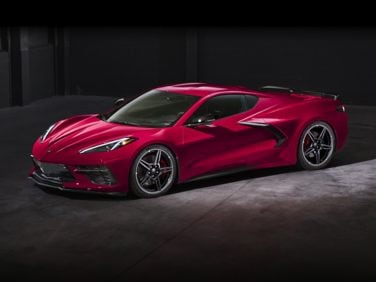 All About Chevrolet Corvette

The Chevrolet Corvette is a 2-door sports car that is easily one of the most recognizable and cherished performance vehicles in America. Originally manufactured in 1953, the Chevy Corvette is now in its sixth generation of body style. This latest incarnation of the iconic Corvette, dubbed the C6 generation, was introduced in the 2005 model year and is expected to continue through the 2012 calendar year. We now have the 2014 Corvette Stingray which is the C7 generation.

Numerous upgrades were introduced when the C6 Corvette debuted in 2005. Most noticeably, the new Corvette is sleeker and smaller than the C5 model, standing 5.1 inches shorter and one inch narrower than its older brother. Other cosmetic enhancements include a new body design with exposed headlamps, more luxurious interior and bigger passenger compartment. The latest version of the C6, the 2008 Chevy Corvette, features mild styling updates that include split-spoke silver painted aluminum wheels, optional polished 5-spoke wheels and auxiliary audio jack.

Underneath, Chevy maintains the muscle that Corvette aficionados have grown accustomed to. The C6 was originally equipped with a 6.0-liter engine, but a larger 6.2-liter engine was introduced as the standard engine option for 2008. Known as the LS3 engine, the current Corvette coupe pushes 430 horsepower with 424 lb-ft of torque. An optional vacuum actuated valve exhaust system bumps total horsepower up to 436 horsepower with 428 lb-ft of torque. Other upgrades to performance of the C6 Corvette include a new suspension, new TR6060 short throw 6-speed manual transmission and tightened steering.

In the 2006 model year, Chevy re-introduced the premium edition of the Corvette known as the Z06. The Z06 moniker was originally used from 2001 to 2004 on the C5 generation of the Corvette. The C6 Z06 features numerous performance enhancements over the coupe, most notably a 7.0-liter LS7 small-block engine. This larger engine was designed to compete with other high-end sports cars such as the Dodge Viper SRT-10 and Porsche 911 GT3. With the larger engine, the Corvette musters an impressive 505 horsepower. Chevy also boasts a 3.7-second clock speed from 0 to 60 MPH for the Z06.

After several years of rumors, Chevrolet has confirmed that a ZR1 Chevy Corvette will be made available in the 2009 model year. Originally rumored to have a variety of different namesakes - the Blue Devil Corvette, Corvette SS, Corvette Sting Ray and Corvette Z07 - Chevy eventually made it official that the ZR1 title that graced top-tier Corvettes in the mid-90s would be the official title.

The C6 Corvette ZR1 reportedly will have an LS9 engine that features a 6.2-liter supercharged and intercooled V8 construction. Chevy has claimed that performance specs include a total of 638 horsepower and 604 lb-ft of torque, with a max speed topping 200 mph. This supercharged engine results in an overall heavier weight in relation to the Z06, though carbon-fiber has been used on numerous components to minimize heft. Reportedly, only 2,000 ZR1 Corvettes will be produced each year.

The C6 Corvette defies the tradition of paying the gas guzzler tax required to own a performance sports car in America. The 18 mpg city and 26 mpg highway offered by the automatic transmission coupe are superior to most competitor models, including the Dodge Viper and Porsche 911. Manual transmission coupes deliver slightly better highway mileage (28 mpg). The Z06 fuel efficiency numbers are slightly less appealing, at 16 mpg city and 26 mpg highway. Fuel efficiency for the ZR1 has yet to be released.