The truck market is changing, rapidly. While half-ton pickups continue to lead sales, the steady increase in size and price of these vehicles is forcing many would-be buyers to look elsewhere. For some, the revitalized midsize truck segment is the perfect spot to land.

To avoid losing sales to midsize staples like the Toyota Tacoma, truck manufacturers are hastening to redesign and expand their range of midsize offerings. GMC’s latest Canyon, Ford’s next-generation Ranger, Dodge’s rumored Dakota re-make, and Chevrolet’s Colorado will be duking it out for market share.

As the pool of consumers expands, so does the opportunity for model variation. Toyota was first to offer a hardcore off-road version of the Tacoma — the TRD Pro. Now Chevy wants in on the action. The 2017 Colorado ZR2 is designed for desert running, rock crawling, and everything in between thanks to mechanical and tech upgrades. Chevy says the ZR2 is in a segment of its own – and it may be right. Here are 10 things you need to know about the 2017 Chevrolet Colorado ZR2.

10) It's the first off-road vehicle to use multimatic DSSV dampers.

10) It's the first off-road vehicle to use multimatic DSSV dampers.

Multimatic dampers have been used in motorsports applications for years, including Formula One’s Red Bull Racing team that won four consecutive championships between 2010 and 2013. Chevrolet’s first application of the Dynamic Suspensions Spool Valve (DSSV) adaptive dampers was on the 2014 Camaro Z/28 – a track-honed sports car. These became critical components of the car’s monumental performance, and now Chevy is looking for repeat success on the ZR2.

Most off-road dampers use deflected-disk valves, which are great when new, but begin to deteriorate over time and can’t be tuned to driving behavior. Multimatic’s dampers, by comparison, use sleeve valves that resist wear and create unique damping characteristics that can be easily tuned by a manufacturer. In the case of the ZR2, the DSSVs even change damping based on suspension travel. Combined with a remote fluid reservoir, the ZR2’s dampers avoid overheating even in demanding off-roading situations and provide a smoother ride on pavement.

After Chevrolet revealed a concept version of the Colorado ZR2 at the 2014 LA Auto Show, customers practically begged for a production version. To keep fans happy, Chevy retained much of the concept’s rugged styling when designing a road-going iteration.

The production ZR2 is 3.5 inches wider and 2 inches taller than the standard Colorado, with updated front and rear bumpers, a bed-mounted spare tire carrier, rock sliders, power dome hood scoop, unique 17-inch aluminum wheels wrapped in 31-inch Goodyear Duratrac off-road tires, and flared wheel arches. Not only does the ZR2 look the part of a serious off-roader, it’s ready to hit the trails the moment you leave the dealer lot.

8) It has nine driving configurations.

8) It has nine driving configurations.

The 2017 Chevrolet Colorado ZR2 is available with two powertrains, including a class-exclusive Duramax diesel. The standard mill is a new 3.6-liter V6 making 308 hp and 275 lb-ft of torque. Alternatively, a 2.8-liter Duramax turbo diesel offers 181 hp and 369 lb-ft of torque for improved off-road performance. The gas engine will be paired with a Hydra-Matic 8-speed automatic and the diesel will use a 6-speed auto transmission. By comparison, the Tacoma TRD Pro’s sole engine option, a 3.5-liter V6, makes 278 hp and 265 lb-ft of torque.

Equipped with the diesel powertrain, the Colorado ZR2 can tow 5,000 pounds – roughly the weight of a small camper. In addition to greater towing capacity, the diesel engine returns solid fuel economy figures of 20 mpg in the city and 28 mpg on the highway.

6) It's demonstrated its off-road prowess.

6) It's demonstrated its off-road prowess.

When developing the Colorado ZR2’s off-road performance, General Motors used its new proving grounds in Yuma, Arizona. With 2,400 acres to explore, the southeast Arizona facility houses several tracks, labs, and courses that test every element of the ZR2’s driving dynamics.

For Chevrolet to claim that the ZR2 is the best in its class, the automaker dragged the truck through Yuma’s river rock crossings, hill climbs, sandy deserts and high-speed road courses to test the truck’s suspension, braking, traction, off-road software, and powertrain. After the Yuma tests, Chevy took its ZR2 to real-world proving grounds like Moab, Johnson Valley, and the Rubicon Trail.

Few things are worse than a punctured oil pan when you’re out on the trail. To avoid that catastrophe and to protect other vital components of the ZR2’s structure, Chevy has fitted the ZR2 with aluminum skid plates on the radiator and oil pan. The Colorado ZR2 is also equipped with a separate shield for the transfer case. Finally, the control arms are manufactured from durable cast iron, designed to withstand punishment on the trail.

As a bonus, the truck bed comes standard with a spray-in bedliner to protect it from any scratches and minor dents.

4) It has plenty of creature comforts.

4) It has plenty of creature comforts.

The Colorado ZR2 may be built for aggressive off-road maneuvers, but that doesn’t mean occupants need to endure as much as their rig. As the range-topping Colorado, Chevrolet has loaded the ZR2 with numerous standard features.

Chevrolet’s 2017 ZR2 starts at $40,995, including a $940 destination fee. This price includes the standard 3.6-liter V6 engine (Chevy hasn’t announced how much the optional Duramax diesel will cost), an 8-speed automatic, modified rear axle with 3.42 drive ratio, auto lockers, Autotrac transfer case, a trailering package, recovery hooks, and other aforementioned goodies. With all these standard features, Chevy says the base ZR2 is $2,500 cheaper than a comparably equipped Tacoma TRD Pro.

2) It has more than one rival.

2) It has more than one rival.

Logically, the 2017 ZR2 squares off against the Toyota Tacoma TRD Pro. Both vehicles compete in the midsize pickup segment, both make about the same power, both are equipped with rugged off-road equipment, and both cost about $40K. However, the ZR2’s level of off-road capability puts it in the crosshairs of both the RAM Rebel and Ford F-150 Raptor. The Rebel and Raptor may cost more than the ZR2 and are built on half-ton frames, but they attract the same adventure-hungry buyers. Compared to these heavyweights, the ZR2 is more nimble, affordable, and unassuming. However, the hardcore Colorado is significantly down on power, interior volume, and towing capacity to the Rebel and Raptor.

The first ZR2 deliveries from Chevrolet’s assembly center in Missouri began in May, following a series of customer pre-orders. The first ZR2 to roll off the assembly line was a red crew cab model that Chad Hall will race during the Best in the Desert series this August. With the standard Colorado already commanding a quarter of the midsize truck market, expect the ZR2 to fly off dealer lots. 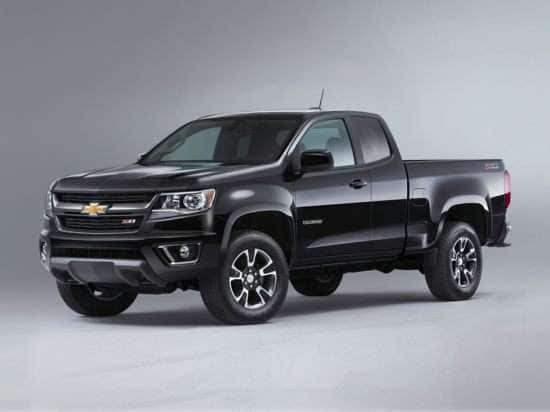