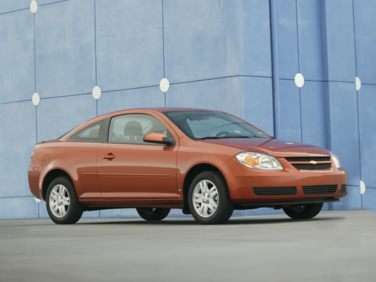 All About Chevrolet Cobalt

The Chevrolet Cobalt is a four-door, five-passenger compact sedan and a two-door, five-passenger compact coupe. In 2005, Chevrolet decided that it was time to replace the aging Cavalier as its entry-level compact sedan and coupe. The Cavalier had been a part of the company’s product line for decades, and while sales were strong, General Motors had reached the limits of what they could do with the platform. The decision was made to debut a new compact based on the Delta platform which was successfully in place in Europe. The Chevrolet Cobalt stepped in for the Cavalier and performed admirably well, setting new benchmarks for compact quality at Chevrolet.

The low entry price of the Cobalt is what attracts most buyers. Starting at around $15,000, the base Cobalt is equipped with air conditioning and MP3-capable stereo system which includes satellite radio. Aside from that, however, the interior of the vehicle is fairly spartan, and although side-curtain airbags are standard, other safety items such as 4-wheel anti-lock disc brakes are not available on anything other than the top trim levels. Moving up to the mid-level LT provides power door locks and windows, along with a longer list of options such as an automatic transmission, heated front leather seats and a sunroof. Finally, the Sport edition of the vehicle provides the most standard equipment and an engine upgrade: a 2.4 liter 4-cylinder which puts out 171 horsepower. The base Cobalt is sold with a smaller 2.2 liter unit which makes 148 horsepower, and either can be matched with a 4-speed automatic or a 5-speed manual transmission. Both engines get respectable fuel economy, although the 2.2 liter does impress the most with 25 miles per gallon in city driving and 36 miles per gallon on the highway.

For those looking for a compact vehicle with a little more get up and go, Chevrolet also offers a turbocharged version of the Cobalt called the Cobalt Coupe SS Turbocharged. While the full name might be a mouthful, the real story with this edition of the compact is horsepower – 260 horsepower, to be exact, from a turbocharged 2.0 liter 4-cylinder engine running through the front wheels via a 5-speed transmission. Although torque steer is an issue, the Cobalt SS is a seriously fast vehicle, and it has gained a devoted following in the world of sport compact cars. 18-inch forged wheels, a re-vamped interior and electronic stability control help to round out the package, and the 2009 edition of the Cobalt SS adds an optional feature to view specific engine data via the dashboard display.

The Chevrolet Cobalt is a solid compact car, and although it does not offer the same build quality that can be found in competitors like the Toyota Corolla, it is a definite improvement over the Cavalier of old. The Cobalt is destined to be replaced by the Chevrolet Cruze in 2010, making its production run much shorter than that of its spiritual predecessor. If the evolution of the compact car continues at the same level from Cobalt to Cruze as it did from Cavalier to Cobalt, then the next generation Chevrolet should be an even stronger option for first-time car buyers.

The 2009 Chevrolet Cobalt is a carryover from 2008, with the deletion of the Sport trim. The 2009 Cobalt can be ordered as a coupe or a sedan, and each body style makes use of either LS, 1LT, 2LT or SS trims. The first three trims are outfitted with a 2.2 liter, 4-cylinder Ecotec engine that provides 155 horsepower and 150 lb-ft of torque. When matched with a 5-speed manual transmission, this motor adds an XFE badge to both the sedan and the coupe, due to its fuel economy rating of 35 miles per gallon in the city and 37 miles per gallon on the highway. When equipped with an automatic, these trims return fuel mileage of 24 miles per gallon in town and 33 miles per gallon on the highway.

The 2009 Cobalt SS ups the performance ante thanks to a 260 horsepower, turbocharged 4-cylinder engine that also produces 260 lb-ft of torque. A 5-speed manual is the only transmission option, and fuel economy works out to 22 miles per gallon in stop and go traffic and 30 miles per gallon during highway cruising.