Next-gen Cargo Van Now on Its Way to Dealers

The 2015 Chevrolet City Express—the Bowtie brand's new urban-friendly cargo van—will be priced from $22,950 when it arrives in U.S. dealerships, and that should happen in the short-term future: Chevy recently announced that the first shipments of the vehicle were in transit to dealerships, with Ed Peper, U.S. vice president for GM Fleet & Commercial, noting that: “Our existing customers will love getting behind the wheel of the City Express when it’s at their Chevrolet dealership. But we’re most looking forward to giving potential new customers the opportunity to experience one of many Chevrolet commercial vehicles that best fit their needs.”

In any case, the 2015 Chevrolet City Express was designed to be both a smaller, next-gen alternative to the old-school full-size Express and a credible competitor to rivals like the Ford Transit Connect, Nissan NV200 and upcoming Ram ProMaster City; although consumers should know that the 2015 Chevrolet City Express is, in fact, a slightly Chev-ified version of Nissan's NV200 that adds some Bowtie design cues and eligibility for the Chevy brand's extensive range of fleet and commercial programs.

The 2015 Chevrolet City Express also is highlighted by:

A final benefit: The 2015 Chevrolet Express can be serviced at all Chevy dealerships across the country, not just fleet and commercial facilities. 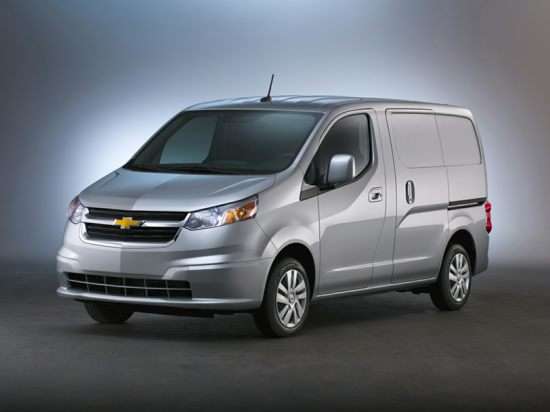