For years, the Detroit Three (Chrysler, Ford and GM) watched haplessly as the Asian automotive juggernaut became increasingly powerful and popular in the United States. While Japanese cars were originally scoffed at as too small, too light, and “made from beer cans”; after the two Arab oil crises of the late 1970’s resulted in the price of gas rising sharply, for many Americans, the qualities “small and “ light came to be seen as attributes. Further, the prospects of significantly better fuel economy and the resulting lower costs of operation outweighed the patriotic desire to “drive American.”

Woefully late to truly come to grips with this, America’s largest car manufacturer, General Motors, initially fielded a number of half-baked “small” cars to give U.S. buyers something to buy in the compact car arena. Ironically, back in the 1960’s Chevrolet had a strong player in this arena in the form of the rear-engined air-cooled Corvair. Killed for a number of different reasons, GM never really tried diligently to do a small car again until the late 1970’s, when the company introduced the Chevrolet Vega.

Initially, the Vega, with its scaled-down Camaro looks, was warmly received. Then the quality problems made themselves apparent. Vega was followed by Monza, which basically was a Vega in disguise. The engines and platforms were pretty much carried over—though the styling was different. By 1981, Chevrolet had abandoned the rear-drive small car, in favor of the packaging efficiencies attainable with a front drive layout.

In case you’re wondering, Cavalier’s descendant in Chevrolet’s current (2012) lineup is the Cruze.

Representing the first complete redesign since the model was introduced, the 1995 Chevrolet Cavalier was larger than the iteration of the car it replaced. The wagon model, available for the first and second-generation Cavalier models was dropped—as was the option of a V6 engine.

Two states of trim were offered at launch for the sedan, “Base” and “LS”. The Convertible came in LS guise only, while a sporty Z24 option was the upper trim level for the coupe. Base models used a 120-horsepower, 2.2-liter inline four-cylinder engine, which made 130 ft-lbs of torque. The “big” engine, installed in LS and Z24 trimmed Cavaliers was a 150-horsepower, 2.3-liter inline four with sixteen valves and double overhead cams. The standard transmission was a five-speed manual for Base and Z24 Cavaliers, while the LS trimmed versions of the car used a three-speed automatic as their standard transmission offering.

Options for the base car included; an AM/FM Cassette-based audio system, the three-speed automatic transmission, a rear window defroster, cruise control, a remote trunk release inside the car, a tilt steering wheels and power door locks.

Moving up to the Cavalier LS substituted fifteen-inch wheels and the three-speed automatic transmission. Added to the Base model’s standard feature-set were fog lights, tinted glass, a tachometer, air conditioning, and an AM/FM radio. (Yes, a radio was optional for the Base Cavalier). The LS options list was virtually identical to the Base model’s, with the exception of alloy wheels and power windows.

The Z24 Coupe came with everything found on the Base Cavalier, in addition to a sport suspension system, sixteen-inch alloy wheels, the 2.3-liter engine, a five-speed manual transmission, a rear spoiler and a cassette-based audio system as standard equipment. The Z24’s options list added a four-speed automatic transmission, a CD-based audio system and power-adjustable exterior mirrors.

Cavalier convertible was the most comprehensively equipped version of the car. The convertible rode on fifteen-inch steel wheels and contained all of the standard equipment of the LS sedan. The convertible’s options list was identical to the LS options list, with the addition of the four-speed automatic transmission from the Z24, or the five-speed manual transmission. Convertible buyers could also opt for the Z24’s 150-horsepower engine. Specific to the convertible were vinyl seating surfaces and traction control.

For 1996, the 2.3-liter twin-cam inline four was replaced by a 2.4-liter unit of the same architecture, capable of producing 150 horsepower and 150 ft-lbs of torque. Daytime running lights were installed, remote keyless entry was added to the LS and Z24 option lists, and new upholstery was specified for Base models. In addition to the five-speed manual transmission, the 2.4-liter engine was also paired with a four-speed automatic, which incorporated traction control. Other changes for MY’96 included new radios and an appearance package for base models.

A Rally Sport Cavalier Coupe debuted, featuring the Z24’s aero kit, but with fifteen-inch wheels instead of the sixteen-inch wheels Z24s got. An AM/FM radio came standard as part of the RS package along with a tach and a big-ass RS decal on the rear quarter panel of the car. On the practical front, the 1997 Chevrolet Cavalier was the first Cavalier to achieve federal side-impact standards.

The convertible’s LS iteration was put to rest in favor of a Z24 option for 1998. Cruise control was folded into the standard equipment list for all models except Base, and the radio became a standard item across the board. The aero kit from the Z24 coupe was applied, but the Z24 wore a mesh-patterned wheel, rather than the five-spoke wheel fitted to the Cavalier Z24 Coupe. RS, LS and Z24 models got cruise control as standard equipment, but Base models could no longer have power windows or remote keyless entry—those items were deleted from their options list.

OnStar debuted as an option for Cavalier, the 2.4-liter engine was tweaked to improve fuel economy and reduce emissions. The ashtray became a dealer-installed option, as did a cigarette lighter.

A mild styling refresh brought new headlights and taillights, in addition to new designs for the alloy wheels and the steel wheel’s covers. Z24 models got a new tail spoiler. Cup holders (three of them!) appeared in the center console. Air conditioning became standard for all trims, the five-speed manual transmission was reworked to provide better shift action and the ABS system was revised to respond more smoothly. The instrument panel got a new look, the controls for the audio system were relocated, and the audio systems were upgraded to incorporate RDS (Radio Data System) so they could identify radio stations by their call letters in addition to their frequency.

For the first year of the 21st century, Chevy decided the Cavalier should offer a CD player as standard equipment—on LS and Z24 models. The convertible didn’t make it out of the 20th century however; there was no drop top Cavalier offering for 2001.

Cavalier sedan got the Z24 trim set. The product planners configured a bridge trim level between Cavalier Z24 and LS, labeled Cavalier LS Sport for the as well as the sedan. A then all-new 2.2-liter engine, producing 140-horsepower and 150 ft-lbs of torque powered the LS Sport models, which rode on sixteen-inch chromed alloy wheels. In addition to the engine and the wheels, LS Sport models boasted a sport-tuned suspension system, an aero kit, and body-colored mirrors and door handles, in addition to a leather covering for the shifter.

In an a not-so-successful attempt to hide the fact this generation of the Cavalier was going into its ninth year, Chevy’s product planners prescribed nip and tuck. A new nose and tail, body colored mirrors and door handles, a revised aero kit, plus new headlights and taillights made the 2003 Cavalier look different—if not exactly fresh.

The 2.2-liter engine, which debuted in the LS Sport model of the previous year, supplanted all other Cavalier powerplant offerings and the Z24 trim was dropped altogether. The interior update brought a center rear three-point seatbelt, along with a leather–wrapped steering wheel and shift lever. New options included side airbags, and satellite radio.

Base models got the sport aero kit in a version of the car called Cavalier Special Value. The package also included sixteen-inch wheels, and a sport suspension system. A CD player finally made the options list for the base coupe and sedan.

Its last year on the market saw Cavalier go unchanged from the previous year.

Mournfully outclassed in every measure by the imported competition—pretty much from birth—the Chevrolet Cavalier was a victim of GM’s reliance on its truck fleet to generate profits during the latter part of the 20th century and the first years of the 21st. Further, once it fell into deep financial trouble, the company simply didn’t have the capital it needed to do a fresh and innovative small car.

That said, almost any of its contemporary Asian alternatives will be a better choice than a Cavalier. However, if you’re looking to ride cheaply, the Asians will definitely cost more. Given the newest version of the Cavalier out there is a 2005 model, (although we’re certain there were more than a few 2005 models sold as leftovers in 2006 and possibly 2007), you’ll find very few Cavaliers priced more than $4500 to $5000, so deals are there to be had.

By the time we got to the middle part of the decade, Cavaliers were starting to be reasonably equipped, so you’ll find some decent content for the money too in 2003 models and newer. If you can find one that hasn’t been abused, you’ll get a fairly reliable car that should serve you reasonably well for a number of years.

Given the low price of entry, most Cavaliers were bought by a lot of people with more desire than income, so a pre-purchase inspection is absolutely mandatory to discern what maintenance items got skipped over the years. A vehicle history report should be conducted as well. Cavalier is a Chevy; so you know recalls were part of its history too. Make sure you research those and ensure all specified updates were executed before you buy. 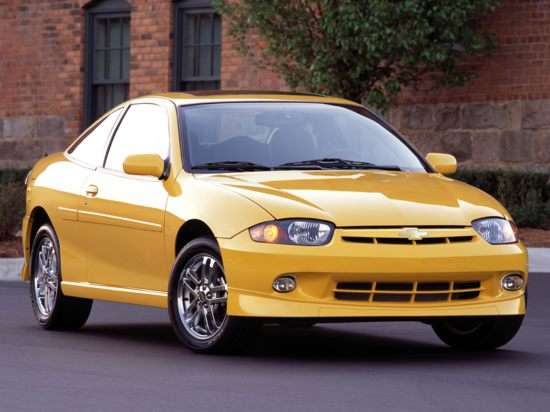 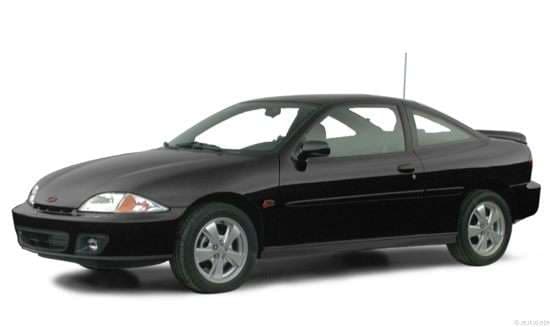