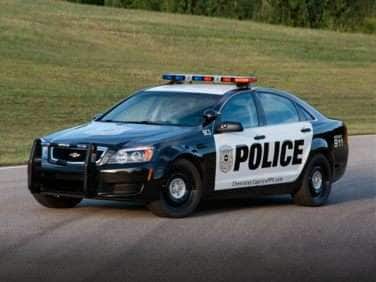 All About Chevrolet Caprice

The Chevrolet Caprice has long been one of the mainstays of the company’s lineup of full-size cars. Ever since it was brought to market in the mid-1960’s, the Caprice has been the focal point of Chevrolet’s large car program, as well as the vehicle at the forefront of its fleet sales. The Caprice’s successful, box-shaped styling of the 1980’s gave way to a more aerodynamic, rounded look in 1991 that also saw a wider variety of powertrains offered to buyers. The Caprice is one of the most durable, dependable vehicles ever produced by General Motors and is the vehicle of choice for police departments and taxi companies across the United States.

The 1996 Chevrolet Caprice is a large, rear-wheel drive vehicle in a market that has for the most part switched over to front-wheel drive, cab-forward designs. Competing only with the equally proportioned Ford Crown Victoria, the Caprice is available as both a four-door sedan and a full-size wagon. Both versions of the car offer excellent passenger room and comfort, with acres of head, shoulder and leg space no matter how tall a rider may be. Bench seats front and back give a passenger capacity of six, and optional folding seats in the rear of the wagon can add an extra two in to the mix. The trunk on the sedan is enormous, capable of swallowing reams of cargo, and the station wagon’s luggage compartment is as wide as that of most sport-utility vehicles, giving up only a few inches in overall height.

The base version of the Caprice sedan is powered by a capable 200 horsepower, 4.3 liter V6 engine. Most buyers will most likely want to upgrade to the available 5.7 LT1 V8 which pumps out 260 horsepower but more importantly increases torque to 330 lb-ft. The same engine that is found in the Corvette, the LT1 increases the sedan’s legs on the highway and makes for effortless cruising in all situations. Each Caprice wagon is equipped with the V8 as standard equipment.

The Caprice’s suspension system is noticeably tuned for comfort, which can lead to wallowing in the corners if the vehicle is pushed a bit too hard. Upgrading to sport suspension improves not only the shocks and springs but also adds a limited-slip rear end that helps improve traction in snowy climates. Better cooling and other heavy duty equipment, similar to that which is found in the police editions of the Caprice, is also available.

The Chevrolet Caprice is a throwback to a time when cars were admired for their stately, conservative good looks, compliant rides and enormous interior room. Given that modern roads are more congested, parking spaces are tighter and fuel prices are higher than they were when the Caprice was in its heyday, it is not surprising that fewer buyers are making the choice to step into such a large vehicle. However, as family transportation the Caprice offers a level of comfort and style not often found in a minivan or SUV.

Chevrolet ceased production of the Caprice after 1996 in order to free up room on assembly lines for sport-utility vehicle production.