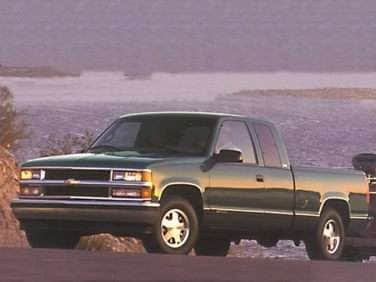 All About Chevrolet C1500

The Chevrolet C1500 is a full-size pickup truck that was sold from 1960 through the 2000 model year. "C" models of the truck featured rear-wheel drive. "K" models indicated a 4-wheel drive powertrain. The Chevrolet Silverado has now replaced the C/K. During its last few years of production, the C/K competed with such vehicles as the Ford F-150 and Dodge Ram.

The Chevy C1500 went through four generations of body design. The final design was introduced for the 1988 model year. Based on the GMT400 platform, the vehicle was nearly identical to another GM truck – the GMC Sierra. Essentially, the two vehicles differed only in grille and taillight designs.

The C/K boasted three different chassis levels – 1500 (half-ton), 2500 (3/4-ton) and 3500 (1-ton). Initial trim options for the final generation of the pickup included Cheyenne, Scottsdale and Silverado. A sport-oriented 454 SS was introduced for the 1990 model year and discontinued following the 1993 model year. In the final years of production, the trim lineup was downsized to base, LS and LS Premium trim levels.