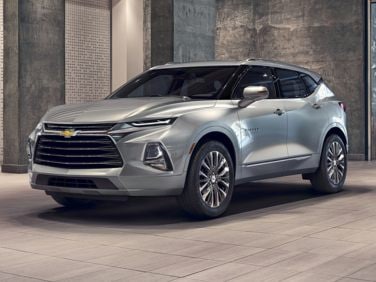 All About Chevrolet Blazer

The Chevrolet Blazer has been taking the brand off the road and into the hearts of camping enthusiasts, trail riders and lovers of the great outdoors for over 3 decades. Originally introduced as a full-size SUV based on the Chevrolet C/K pickup series, the Blazer spawned a compact sport-utility which added the S-10 designation to the Blazer in 1983. This double threat continued on until 1995, when the larger Blazer was replaced by the next generation Chevrolet Tahoe. The remaining Blazer dropped the term S10 from its name tag and was completely re-designed in order to fit in with current Chevrolet styling.

The 2005 Chevrolet Blazer is one of the sportier-looking SUV’s on the market, thanks to Chevrolet’s decision to only offer the two-door body style for this model year. Fleet buyers can still opt for the four-door, function over form version of the truck, but it is unlikely that many drivers will miss the option of a second set of doors given the fact that the Blazer fits more into the lifestyle niche than a true form of family transportation. Smaller than the Ford Explorer, or any other mid-size SUV on the market, the Blazer is more of an in-between vehicle which has seen its core group of buyers tempted by both the capabilities of larger sport-utility vehicles and the economy of cute-utes.

The Blazer is powered by Chevrolet’s tried and true 4.3 liter V6 engine, which makes 190 horsepower and 250 lb-ft of torque. Paired with a 4-speed automatic transmission, the Chevrolet Blazer is available in two-wheel and four-wheel drive editions. There are two different flavors of four-wheel drive that can be installed. The first is a traditional transfer case with a 4x4 system not meant for extended use on dry pavement. The second still offers low-range four-wheel drive, but includes the added benefit of electronically controlled all-wheel drive that engages when the rear wheels begin to spin. A heavy duty, truck-based leaf suspension system underpins the vehicle, giving the vehicle a propensity to be skittish across rough roads but helping it stay planted during wilderness adventures. Unfortunately, while four-wheel drive trucks benefit from anti-lock disc brakes at each corner, two-wheel drive vehicles have to make due with rear drum brakes – a rarity in modern showrooms.

Inside the Blazer, there is ample space for up to four passengers, and seating is comfortable, if not luxurious. The Blazer is clearly intended for those who are interested in a vehicle that can tow their jet skis to the lake or handle a rack full of mountain bikes, not buyers who are looking to be coddled with leather and entertainment systems.**** Unfortunately, after years of shrinking sales and technological investment on the part of competitors, Chevrolet decided to pull the plug on the long-running Blazer at the end of this year. The larger, more luxurious Chevrolet Trailblazer, which is targeted towards an upwardly mobile clientele and families looking for an alternative to a minivan, will most likely absorb any remaining Blazer customers.