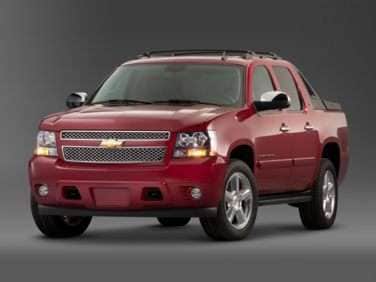 All About Chevrolet Avalanche

The Chevrolet Avalanche is a four-door, six-passenger full-size pickup truck/SUV. The Chevy Avalanche is manufactured in Silao, Mexico alongside the Chevrolet Suburban and Cadillac Escalade EXT. Main competition to the Avalanche include four-door version of the Ford F-150, Dodge Ram, Nissan Titan and Toyota Sequoia. Over the years, automakers have come up with a variety of different takes on tried and true body styles and configurations. The sedan and pickup truck have given way to the crossover and SUV, and in between there have been some truly interesting variations. General Motors carved out a slice of automotive history with the El Camino, a car with a pickup truck bed that never really found an audience. That didn’t stop the designers at Chevrolet from continuing to think outside the box, and in 2002 the Chevrolet Avalanche made its debut at auto shows all over the country. This vehicle had the general appearance of a four-door pickup truck combined with an array of storage compartments, plastic trim pieces and faux-roll bars.

While its appearance might have been polarizing, there was a segment of the market which was able to appreciate the extra utility offered by the Avalanche’s configuration. The vehicle was refined in 2006 in order to take advantage of the new GMT900 platform that gave new life to many of Chevrolet’s full-size trucks and sport utility vehicles. The 2008 Avalanche is essentially a Silverado crew cab pickup truck with reconfigured bed. The most innovative and startling feature for buyers new to the Avalanche is the ability to remove the panel that separates the truck’s bed from the passenger area, thus either creating a longer bed or allowing passengers access to the cargo section of the vehicle. Since the Avalanche’s four-door body style limits the length of bed with which it can be outfitted, this is a unique method of giving owners the ability to switch back and forth between full-size pickup truck and 6 passenger SUV. With the bed cover installed and the rear seats folded down, up to 101 cubic feet of covered cargo space is available, giving the Avalanche a ‘trunk’ which would dwarf even the largest Cadillac sedan.

Since the Avalanche can be optioned to almost exactly the same levels as the Silverado, all of that interior space can be put to good use in terms of off-road camping adventures or maybe hauling a month’s worth of food home from Costco. A number of options ranging from leather seats, to backup cameras, to the Z71 off-road suspension package are available to Avalanche buyers. 4-wheel drive is optional across all trim levels, and buyers can also choose between a 320 horsepower V8, a Flex Fuel V8, and a range-topping 6.0 liter, eight-cylinder power plant which makes 366 horsepower. Each of these engines is accompanied by a 4-speed automatic transmission. Possessing the length of a Suburban and the engine options to match, it is no surprise that the Avalanche also makes an effective tow vehicle, with a maximum trailer capacity of 8,000 lbs.

The Avalanche is an original, unique-in-its-class truck, and the only real sales obstacle it has to face are buyers who decide that they want either a full-sized Chevrolet pickup or a full-size SUV, and not both. As long as the Avalanche continues to fill this special niche in GM’s lineup, it will continue to both delight and confound automotive journalists and truck enthusiasts alike.

The 2009 Chevrolet Avalanche is a carryover from 2008. The 2009 Avalanche is available in 4 different trim levels, the LS, 1LT, 2LT and LTZ. Standard across all editions of the Avalanche is a 5.3 liter V8 engine that produces 310 horsepower and 335 lb-ft of torque. A Flex Fuel version of the unit is available when four-wheel drive (an option for all trim levels) is ordered, and a new six-speed automatic transmission handles the gear shifting duties for both motors. Thanks to cylinder deactivation technology, the 8-cylinder motor turns in fuel mileage of 14 miles per gallon in the city and 20 miles per gallon on the highway. A 366 horsepower, 6.0 liter V8 that can generate 376 lb-ft of torque is optional on 2LT and LTZ editions of the crossover pickup truck. Also outfitted with cylinder deactivation technology and a 6-speed auto tranny, fuel economy for this larger engine is rated at 14 miles per gallon in city driving and 19 miles per gallon on the highway.