The Chevrolet Avalanche is a unique entry into the full-size crossover segment.  Based on the same bones as a crew cab Chevrolet Silverado pickup, the Chevrolet Avalanche features an five-foot, three-inch exterior cargo bed that can be extended into the passenger compartment via the Midgate divider, allowing it to handle loads of up to eight feet in length.  A lockable tonneau cover protects items from prying eyes, and the crossover can seat up to five passengers.  Safety gear found on the Chevrolet Avalanche includes forward airbags, front side impact airbags and side curtain airbags that extend along the full length of the vehicle's cabin.  Electronic stability control, traction control, and the OnStar telematics system are also provided free of charge with the Avalanche.

The Chevrolet Avalanche is motivated by a 5.3-liter V-8 engine that develops 320 horsepower and 335 lb-ft of torque, managed by a six-speed automatic transmission.  Four-wheel drive is optional with the crossover, and fuel mileage for the Avalanche comes in at 15-mpg in stop and go driving and 21-mpg on the highway.  The Chevrolet is rated to tow up to 8,100 lbs. 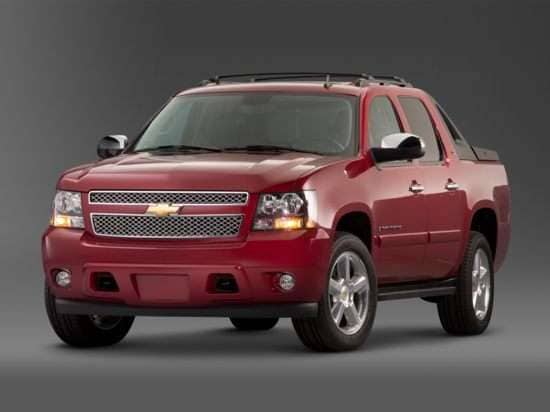