1. Electronic Stability Control (ESC) - Electronic stability control reduces the risk of an accident by assisting the driver in maintaining control of the vehicle during emergency maneuvers. All Ford, Lincoln, and Mercury light cars and trucks will feature ESC technology by the end of 2009. ESC technology is currently available on all Ford mid- and full-size sport utility vehicles.

2. AdvanceTrac® with RSC® (Roll Stability Control) - AdvanceTrac with Roll Stability Control utilizes gyroscopic sensors to measure both yaw and roll. The system will automatically assist the driver in maintaining control and reducing the risk of rollover. This technology has been included on more than 1 million vehicles, and has been licensed to suppliers who will make the patented technology to other automakers.

6. SPACE™ Architecture - Ford's SPACE Architecture includes crush zones in the body of the vehicle that direct energy away from passengers in the event of a collision. This "safety cage" design is built into the 2008 Ford Taurus and 2008 Mercury Sable.

7. Better Safety Ratings - In recent years, Ford vehicles have earned more top safety awards and ratings from the IIHS and the National Highway Traffic Safety Administration (NHTSA) than ever before.

8. Occupant Classification System - Ford's safety system in select vehicles includes advanced airbag controllers that classify the front passenger as a larger or smaller person. The system adjusts or suppresses the deployment of the airbag as necessary based on this information.

9. VIRTTEX and Servo Sled - The VIRTTEX (Virtual Test Track Experience) and Servo Sled (Servo-Hydraulic Reverse Crash Simulator) are research tools used by Ford to conduct safety and driving research in a controlled laboratory setting. The Servo Sled simulates real-world collisions without destroying the test vehicle. The benefit to consumers is that this technology allows Ford to bring advanced safety features to market quickly. 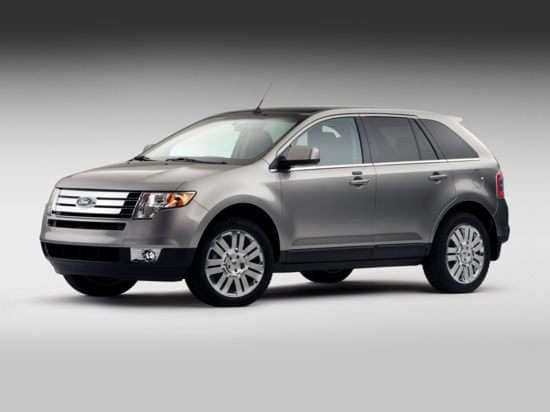