The array of import cars on the market today is wider than it has ever been. In every price bracket, every size and for every purpose there is now an import car that will do the task. Our Best Import Car for 2008 list reflects this variety. You will find wagons, front-wheel-drive, all-wheel-drive, coupes, sedans, hatchbacks and hybrids. The only common limiting factor we imposed on our 2008 cars was a price cap of $30,000. Some of the cars on this list come in well under half that amount.

Six manufacturers are represented in the top ten. All are Japanese automakers with the exception of Hyundai, which hails from South Korea. Honda heads up the list with the 2008 Honda Civic, but Toyota leads in the number of cars represented with a total of four. Toyota dominates in part because of the huge range of cars it offers. Everything from small gasoline-powered economy cars to luxury sedans are in Toyota's line-up. In addition to Toyota and Honda, you will find all-wheel-drive cars from Subaru, and a single entry each from Suzuki and Mazda.

Cars that just missed the cut missed it by a slim margin. Lower priced offerings from Mitsubishi, Nissan, Volkswagen and Acura can all be found waiting in the wings of the top ten. Included in the cars that missed the top ten is a lone European automaker, Volkswagen. European manufacturers tend to concentrate on the luxury and sports car markets in North America, and therefore most of their offerings exceeded the $30,000 price limit. For a broader presentation of luxury cars, you may want to refer to our Top 10 Luxury Cars for 2008 list.

The 2008 Honda Civic coupe is the entry-level model. As mentioned, the introductory MSRP comes in at $14,810, making the Honda Civic one of the most affordable cars on the road. Backing up the affordability of the purchase price is mileage figures that hit 26-mpg city and 34-mpg on the highway. The standard engine is a 1.8L inline four-cylinder producing 140-hp. This engine is backed by a standard five-speed manual transmission with overdrive. The top-of-the-line Honda Civic coupe is the 2008 Honda Civic Coupe EX-L with five-speed automatic transmission and navigation system. The EX-L has a starting MSRP of $22,460 and is equipped with the 1.8L engine. 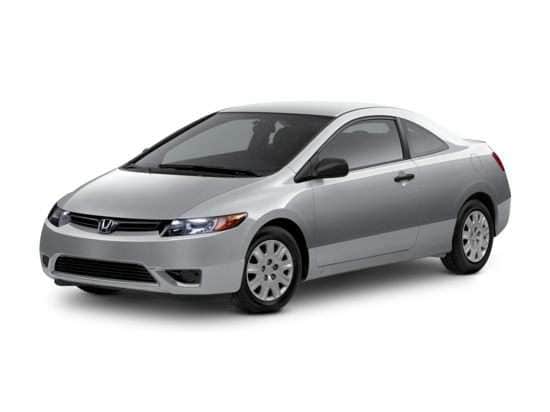