Chevrolet found a winning formula with the original Traverse, and more than a decade later, the second-generation version of that SUV continues to offer more passenger and cargo space than the competition, wrapped in a stylishly tailored look that will stand the test of time.

Toyota, however, is taking aim at the Traverse with the recently redesigned Highlander. One of the most popular mid-size three-row SUVs, the Highlander has traditionally delivered impressive reliability and resale value with family-friendly interior space and features. But does the Toyota have what it takes to compete with the bigger Chevy? That’s what we’re going to find out in this 2021 Toyota Highlander vs. 2021 Chevrolet Traverse comparison.

Toyota is struggling to create visually appealing vehicles, and that’s evident with the 2021 Highlander. Up front, this SUV looks angry, like one of the mean characters from Pixar’s “Cars” movie franchise. Plus, it resorts to exaggerated fender swells to express design character, putting too much visual weight over the SUV’s front and rear wheels, which makes the Highlander look chubby.

In comparison, the 2021 Chevrolet Traverse has a friendlier face and better-balanced proportions combined with sharply tailored flanks. Greater glass area surrounded in chrome makes the Traverse look like it’s leaning forward, giving it a more athletic stance. And while the Toyota uses black windshield pillars to create a floating roof appearance, Chevy employs the same tactic for the rear roof pillars, and to better effect. Inside, Chevrolet uses a similarly subdued approach to design, giving the Traverse a more traditional look and feel compared to the modern, asymmetrical layout Toyota uses. Both SUVs offer appealing two-tone color combinations and unique storage solutions, the Chevy equipped with a locking secret compartment behind the infotainment screen and the Toyota supplying a handy dashboard shelf.

People buy three-row SUVs with the intention of using the third-row seat, even if only on occasion. Toyota emphasizes space in the Highlander’s first two rows, giving occupants of the third-row seat little in the way of comfort. Grownups will not be OK with riding back there, and while Toyota claims a Highlander can seat up to eight people, even three kids in the third-row seat could be unhappy.

By comparison, the Traverse feels roomier inside even if official headroom and legroom measurements fall short of the Toyota in some cases. One problem with the Chevy is that eight-passenger seating is offered only with LT trim or lower. The three higher trims come only with captain’s chairs, making the third row necessary to use if you have a five-person household. Where the Chevy makes up for this oversight is in cargo space. It ranges from 23 cubic feet to 98.2 cubic feet depending on how many seats you have folded down, while the Highlander offers anywhere between 16 cubic feet and 84.3 cubic feet.

Though it is exceptionally easy to use, the Traverse’s infotainment system display measures no more than 8 inches across. And while Chevrolet offers a robust set of connected services for the Traverse, free trial periods to them are not generous. These are unfortunate realities that kneecap the Chevy, because otherwise the graphics, user-interface, and overall infotainment offering in the Traverse is compelling.

Meanwhile, the Highlander beats the Traverse in terms of standard infotainment screen size (8 inches instead of 7 inches) and then clobbers it with an available 12.3-inch display that Toyota claims is the largest in the segment. Like the Chevy, the Toyota offers standard Apple CarPlay, Android Auto, and connected services that include a Wi-Fi hotspot. But Toyota is far more generous with its free trial periods to its connected services. Serving as the icing on the Highlander’s infotainment cake, the SUV is available with a 1,200-watt 11-speaker JBL premium sound system that puts the Traverse’s optional 10-speaker Bose setup to shame.

Parents of teenaged drivers might want to take a close look at the Chevrolet Traverse for its standard Teen Driver technology, which spits out a report card detailing how your child has been driving the SUV. Otherwise, the Toyota is the superior choice for safety.

First, every Highlander is equipped with Toyota Safety Sense, a package containing a laundry list of effective driving assistance and collision avoidance systems. To get anything close on the Chevy, you must choose LT trim and then add an option package. Second, the Highlander’s Safety Connect services package containing automatic collision notification and SOS emergency calling is free for one year. Chevy gives you one free month of similar protection. Third, the Toyota Highlander earned a Top Safety Pick designation from the Insurance Institute for Highway Safety. The Chevy? Not so much.

Chevrolet installs a 3.6-liter V6 engine under the Traverse’s hood. It makes 310 horsepower and 266 lb-ft of torque, and drives the front or all four wheels through a flawless nine-speed automatic transmission. This SUV weighs about 4,400 pounds and its maximum tow rating is 5,000 pounds.

Toyota uses a 3.5-liter V6 engine in most Highlanders, good for 295 horsepower and 263 lb-ft of torque. Though it weighs about the same as the Traverse and has an eight-speed automatic transmission that sometimes exhibits delayed downshifts when the driver requests more power, the Highlander also comes with a sophisticated rear torque-vectoring all-wheel-drive system as an option. The V6 engine’s tow rating matches the Chevy at 5,000 pounds. Furthermore, the Toyota offers an appealing hybrid powertrain for a modest increase in price. It produces a combined 243 horsepower and boasts the added benefit of instantaneous torque from its electric motors. This powertrain tows up to 3,500 pounds, and it comes with front-wheel or all-wheel drive.

In the mid-size SUV segment, the Toyota Highlander Hybrid returns mighty impressive fuel economy. It is rated by the EPA to get up to 36 mpg in combined driving, which is 12 more mpg than the same SUV with the standard V6 engine. That’s pretty compelling given the relatively modest $1,400 premium Toyota asks for the hybrid powertrain.

If you’d rather not pay more, the Highlander V6 puts up decent fuel economy numbers for the segment. With front-wheel drive, the EPA says it will get 24 mpg in combined driving, while the all-wheel-drive version earns a rating of 23 mpg. Meanwhile, the Traverse’s V6 is a little thirstier with fuel. It gets official EPA fuel economy ratings of 21 mpg in combined driving with front-wheel drive, and 20 mpg with all-wheel drive.

Get into the Chevrolet Traverse, and you might not expect to enjoy the drive due to its sheer size. But this SUV is fairly quick while providing a composed and communicative ride, good control of body roll in corners, and a light and maneuverable feel from behind the wheel.

However, because Toyota builds the latest Highlander on a global platform engineered from the start to be fun to drive, it feels a little more athletic and snugged down to the ground. Switch it into Sport driving mode to get rid of occasional hesitation in powertrain response, let the optional torque-vectoring all-wheel-drive do its thing, and the Highlander can be downright fun in the right specification and under the right circumstances. When it comes to the Highlander Hybrid, you can find a different level of engagement, if that’s what you seek. Hypermiling is the practice of maximizing fuel economy, and if you’re seeking such a challenge, the Highlander Hybrid provides one.

As far as warranty coverage and ownership perks go, the Chevrolet Traverse and Toyota Highlander are evenly matched. You get more free maintenance visits with the Toyota, while the Chevrolet gives you a better roadside assistance program complete with courtesy transportation.

Starting prices for the Traverse begin thousands of dollars lower than the Highlander but can also rise thousands of dollars higher. The spread between the least and most expensive versions of the Toyota isn’t as great. Plus, the Highlander includes more generous trial periods to connected services, while it’s hard to understand why Chevrolet even bothers. Where Toyota beats the Chevy is with regard to reliability and resale value. The Highlander has a long-established track record of performing well in both areas, while the Traverse does not.

Somewhat off-putting styling and smaller interior space aside, the Toyota Highlander is superior to the Chevrolet Traverse.

It is safer, it is more fuel-efficient, and it offers greater value than the Traverse — unless you measure that purely based on transaction price after applying rebates and incentives. 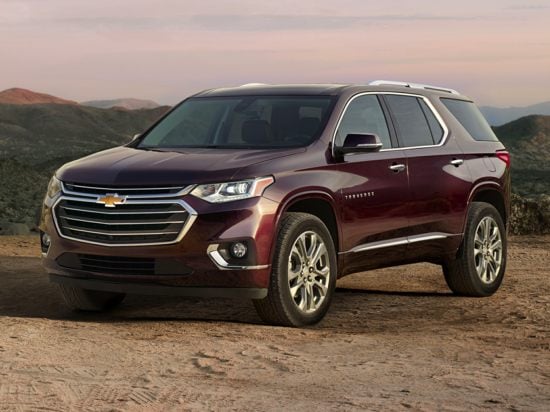 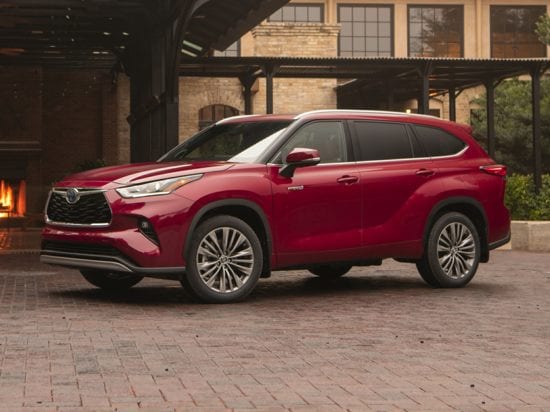