10 Most Autonomous Driving Vehicles in 2018

Yes, we’re focusing the year's most autonomous driving vehicles. But don’t get the wrong impression. Fully self-driving cars are not yet ready for prime time. In these selections, we’re looking at degrees of self-driving ability.

To make things clearer, the Society of Automotive Engineers (SAE) has created a table of these abilities going from Level Zero to Level Five. The first is no automation whatsoever, while the top rung is where no human involvement is needed. Most systems currently on sale are around Level Two, which include self-steering and acceleration/deceleration, but which will prompt drivers to intervene when necessary. It’s a fast-changing field, but for a snapshot of what’s out there right now, read on.

The contents the Acura Watch package (available in the excellent RLX luxury sedan and the brand's other models) is similar to what’s in most of the partially autonomous cars you can buy today, although each manufacturer has its own twists.

Things like adaptive cruise control with automatic emergency braking and lane-keeping assistance are metaphorical baby steps toward self-driving, but the general motoring public has already accepted them as driver aids. They’re a virtual extra hand on the wheel and a virtual extra foot on the pedals. They can take the drudge out of a situation like stop-and-go traffic, and thereby make the trip less stressful and tiring for the driver. Like many other systems, Acura Watch uses a camera and radar to perceive what’s happening around the car.

We’ll have to wait until later this year, but when it arrives, the new generation of the Audi A8 large luxury sedan will be capable of Level Three autonomy, meaning the driver can look away from the road and the self-driving system will take up the slack. He or she will still be expected to respond immediately when a tricky situation arises, but it’s safe to check that text message (assuming all other conditions are favorable).

However, note that there are laws concerning distracted driving that don’t yet make exceptions for Level Three technology, so the A8’s full skill set might not be activated for the United States (or other countries). Technology is only one area that autonomous vehicles must address.

This fresh generation of the BMW 5 Series premium mid-size sedan debuted for 2017 with a ton of technology, like being able to park the car via remote control and charging devices wirelessly. Traffic Jam Assistant is essentially an intelligent cruise control, while the car also offers evasive steering assistance and active lane-keeping.

Navigation-based gear shifting is another special feature. This trick was first introduced by Rolls-Royce (owned by BMW, remember). Thanks to the GPS navigation system, the car knows what’s coming — like a steep hill, a series of curves, or traffic (using real-time traffic updates) — and selects the appropriate gear at the appropriate time. High-tech features usually arise in luxury cars before they trickle down to the mainstream, and this one has so far made it from Rolls to BMW.

Cadillac’s Super Cruise feature, available in the CT6 luxury sedan, is quite advanced, perhaps moving closer to the SAE’s Level Three of “conditional automation.” A driver can be hands-free (and feet-free) for extended periods, providing the journey is on freeways that have already been mapped. The steering will even follow curves.

But the system monitors the driver’s eyes continuously and will fire off an alert if he or she is not staying engaged. The surprising thing — and this might be a foretaste of how self-driving cars will be accepted — is that once the driver has made that first virtual “leap” and allowed the system to take over, it’s amazing how quickly it becomes the new normal.

The all-new and all-electric Jaguar I-Pace premium compact crossover will go on sale in fall 2018. And while it’s expected to have the usual Level Two-type driver aids (plus an impressive range of 240 miles), this vehicle is set to make a major contribution to automotive autonomy. That’s because Waymo (part of the Google empire) has ordered around 20,000 I-Paces for an experimental fleet created to develop and refine self-driving technology.

Assuming Waymo is not short of cash and could therefore have bought almost any vehicle it wanted, this is a massive endorsement for a brand-new product. The I-Pace is built by Magna Steyr in Austria, the same operation that produces several high-end German vehicles.

The umbrella term for the Lexus LS's array of assistance features is “Lexus CoDrive.” The large luxury sedan is all new for 2018 and represents a considerable improvement over the previous model.

The 2018 LS includes adaptive cruise control and active lane-keeping — called Lane Trace Assist — where the car can keep the vehicle in front of it in its sights and follow it, which is a boon in traffic. One intriguing feature that’s part of the optional Advanced Safety package is the “Intuitive Pedestrian Detection” enabling the car to slow and, if necessary, steer itself around an obstruction, yet remain in the lane whenever possible.

Drive Pilot made its debut in this generation of the mid-size Mercedes-Benz E-Class, which launched last year. It can follow traffic at speeds of up to 130 mph. Of course, that’s more suitable for unrestricted stretches of German autobahn — and it might still take either courage or craziness to let go of the steering wheel at such speeds.

Nevertheless, this capability shows the high degree of confidence Mercedes-Benz has in its technology. It can “read” the positions of other cars, road markings, and parallel structures. It will even guide the E-Class through road works at up to 81 mph. And if a driver has to make an evasive maneuver, the system will add more steering effort (in a precisely calibrated manner).

This fresh generation of the Nissan LEAF all-electric compact hatchback is just one of the new Nissan and Infiniti models fitted with ProPilot Assist. This feature helps the driver stay in the center of the lane and keep a safe distance to the vehicle in front.

Don’t underestimate the value of the lane-keeping aspect. Consider the countless minor steering corrections that take place even just during the daily commute and how they all subtly contribute to fatigue. When there’s a silicon co-driver taking some of the load, even in a low-key way, there's a positive impact on the carbon-based life form behind the wheel. To activate ProPilot Assist, just press a blue button on the steering wheel.

Tesla’s Autopilot is famous, or perhaps infamous, for being out on technology’s cutting edge but sometimes falling off it, which has been disastrous for several people. Generally speaking, when things go wrong, it’s often down to operator error — underlining the need for systems to be foolproof. Tesla has actually dialed back some features on the all-electric Model S luxury car so drivers won’t do anything stupid like climb into the passenger seat while moving. Yes, someone really did that.

Like most partially autonomous setups, this one requires the driver to hold the steering wheel most of the time, or at least touch it every few seconds. Full autonomy is the target, though, with the car even taking itself to a Tesla "supercharger" charging station when instructed.

Volvo has been working on collision avoidance technology for so long that we’re now into one system’s second generation: Pilot Assist II. It brings steering assistance to the adaptive cruise control feature, yet demands frequent human contact on the wheel.

The company's all-new-for-2018 XC60 premium compact crossover also employs its robot driver for several other systems. These include a blind-spot monitor, along with a couple of features known as Oncoming Lane Mitigation and City Safety — which detects pedestrians, cyclists, and (hardly common in cities) large animals, so it can guide the human driver away from possible calamity. Volvo, renowned for its emphasis on safety, believes the new XC60 is “one of the safest cars on the road.” 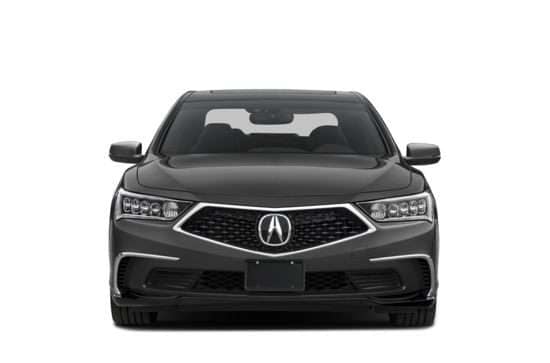 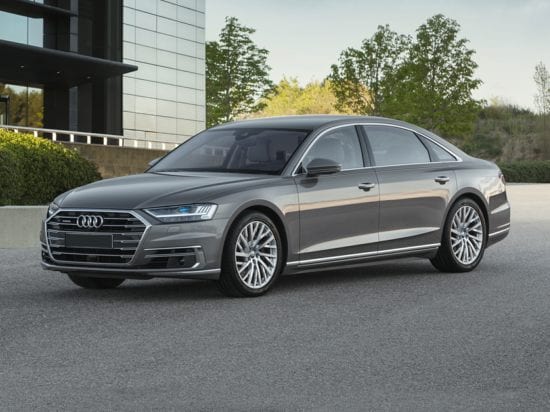 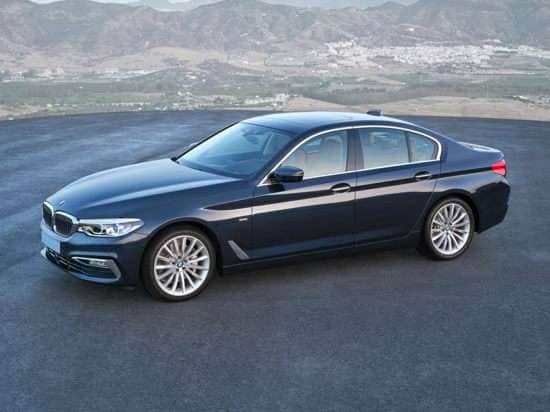 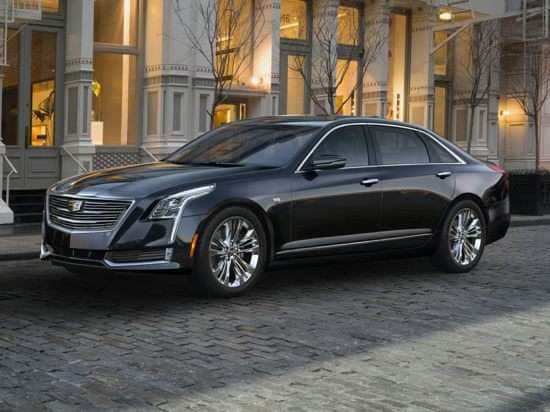 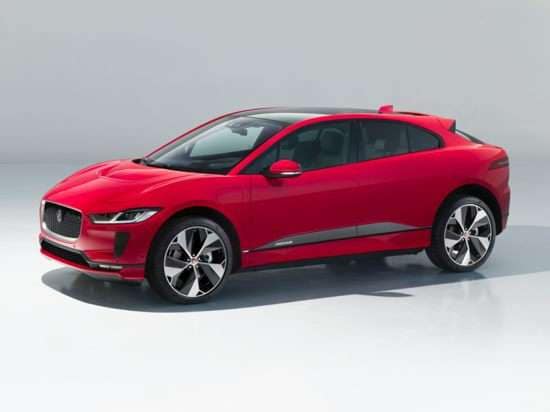 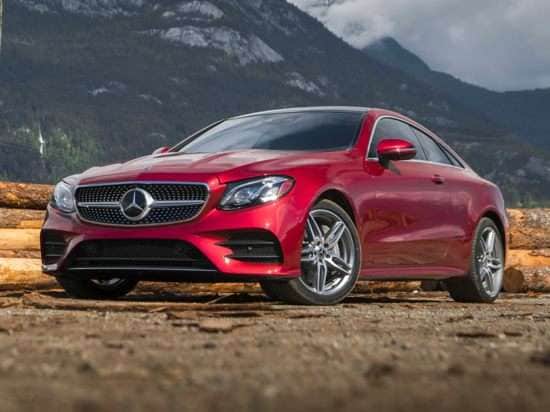 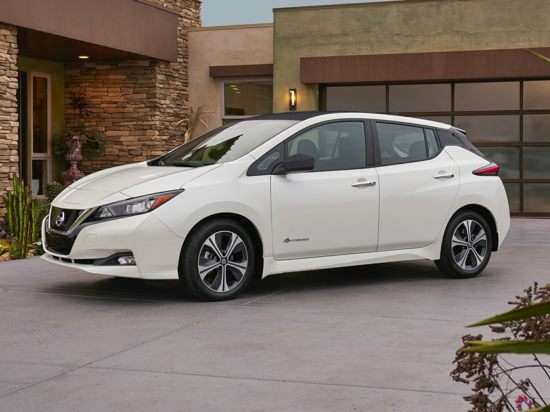 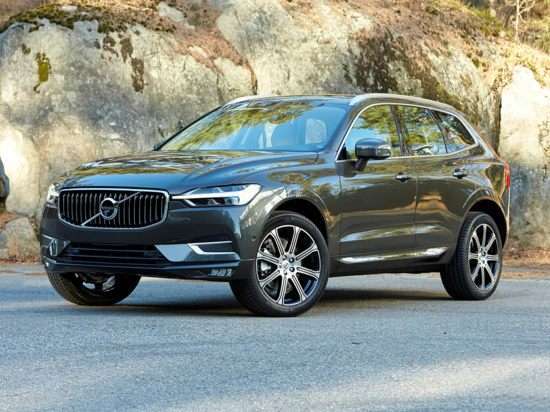 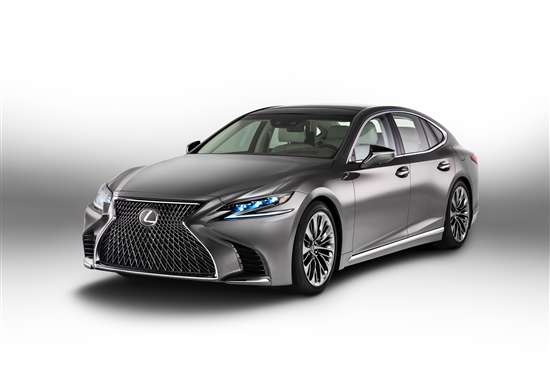 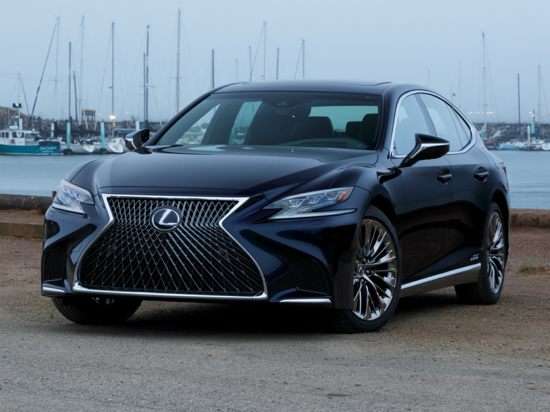 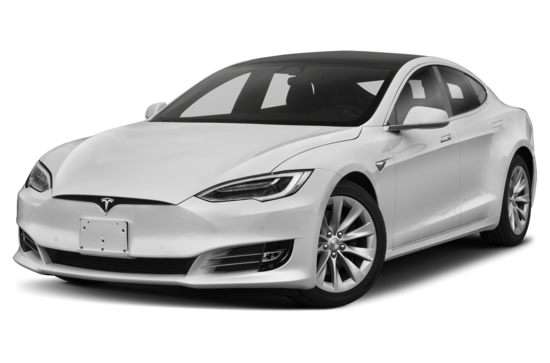 10 Most Autonomous Driving Vehicles in 2018