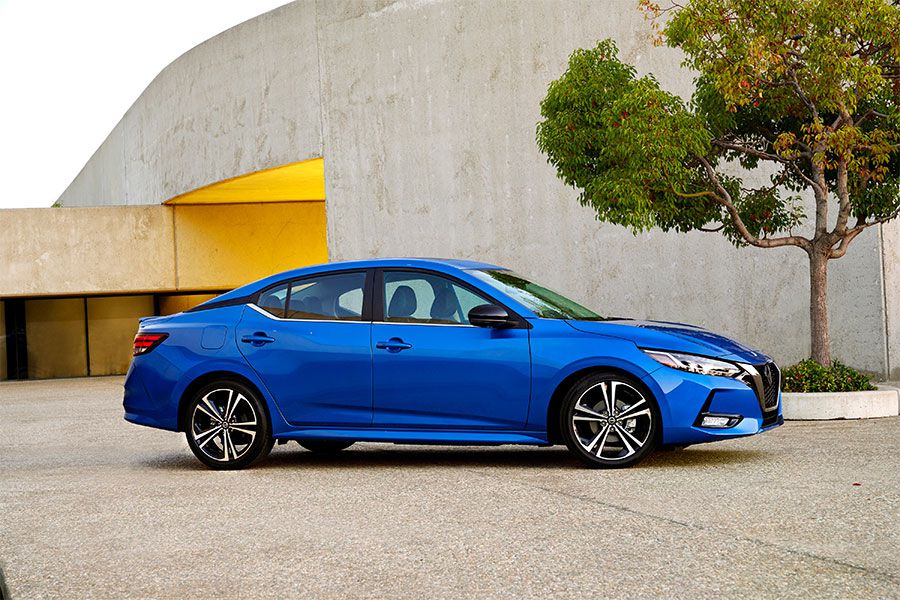 In a vehicle market that continues to swing toward crossover suvs, Nissan refuses to turn its back on sedans. The newest example of that commitment is the just-unveiled 2020 Nissan Sentra. Introduced on the cusp of the 2019 Los Angeles Auto Show, the all-new design takes the 5-passenger compact sedan in a distinctly upscale direction. Its exterior styling is very reminiscent of the larger Altima and Maxima sedans, incorporating a version of the Nissan V-motion grille. 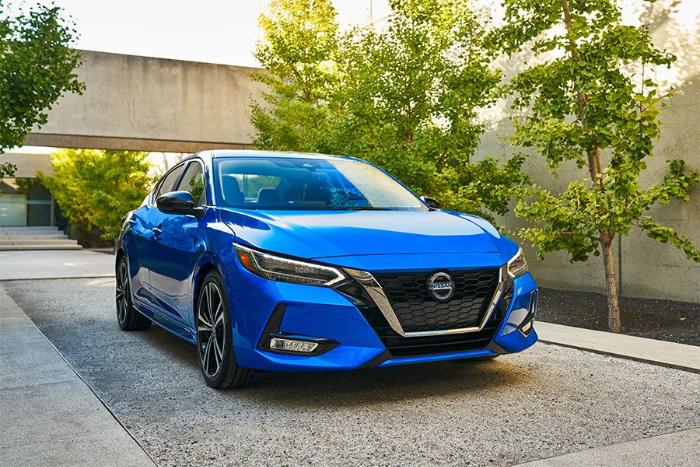 The new Sentra is about two inches lower and two inches wider than the previous generation. Other upscale touches are its available LED headlamps, tail lamps and fog lamps, and the C-pillar detail that gives it a "floating roof." But the most newsworthy factor of the exterior design is the availability of three new two-tone color combinations.

While the new Sentra style might be paramount, there are mechanical headlines in the all-new sedan. Driving the front wheels, it features a new 2.0-liter, 4-cylinder engine rated at 149 horsepower and 146 lb-ft of torque. The figures represent 20-percent and 16-percent increases in those numbers over those achieved by the previous generation's 1.8-liter engine. All 2020 Sentra models come equipped with the latest-generation Xtronic continuously variable transmission. The new engine-transmission combination is projected to offer improved fuel economy, though Nissan didn't provide further data. 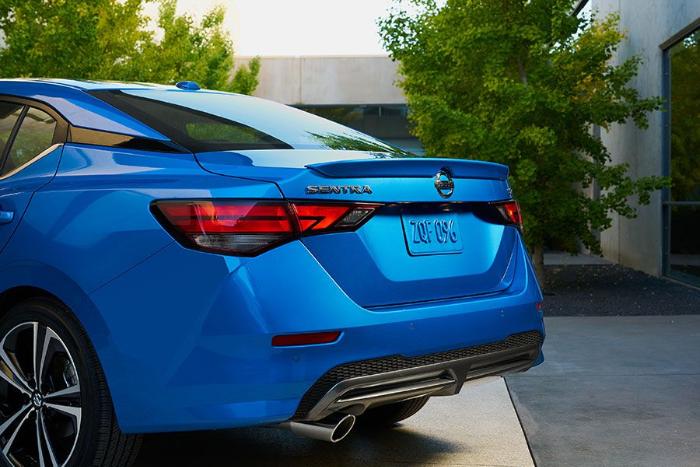 In a further bid to endow the car with more sophisticated handling and ride, the 2020 Sentra has a new independent rear suspension paired to a conventional McPherson strut front suspension with twin-tube shock absorbers. The new dual-pinion rack electric power steering, a first on Sentra, is expected top improve steering feel and maneuverability. Braking is supplied by the available 4-wheel vented disc brake system, which comes on the mid- and top trim level Sentra's.

Nissan is heavily touting its standard Nissan Safety Shield 360, a suite of six electronic driver-assist systems. With the inclusion of the 2020 Sentra, its now available across the entire family of Nissan sedans, and it includes automatic emergency braking with pedestrian detection, blind-spot warning, rear cross-traffic alert, lane departure warning, high beam assist, and rear automatic braking. Also standard are rear door alert, intelligent forward collision warning, and what Nissan calls "Intelligent Driver Alertness." To provide a bit of help on the road and when parking, Intelligent Cruise Control and Intelligent Around View Monitor are available. 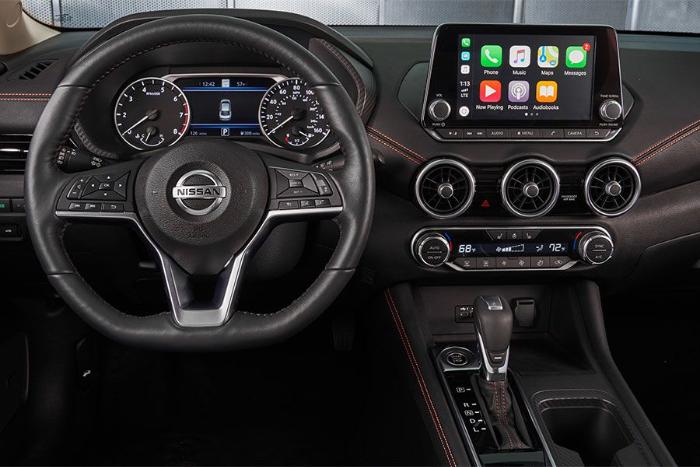 Inside, the new Sentra makes a real effort to deliver on the promise of its more alluring exterior. Among the high-luxe touches are contrasting seat stitching, the D-shaped steering wheel (you won't see that in a Corolla) and satin chrome aluminum accents. Beyond that, the Sentra offers its version of Nissan's famed Zero Gravity front seats plus an instrument panel and dash that is a very close clone of that in its more expensive sedans. Attractive leather seating that is complemented by soft-touch trim on the instrument panel makes a persuasive near-luxury case for itself. To emulate the Maxima's interior quiet traffic and wind noise have been reduced through the improved door and window sealing, body sealing and expanded use of acoustic materials. 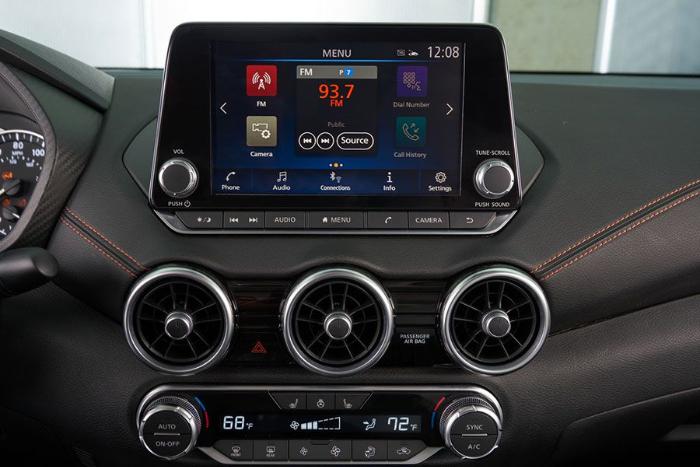 For those who want to stay connected, the new Sentra has big(screen) news for them. A 7-inch color touchscreen with Bluetooth hands-free phone, text, messaging assistant, Siri Eyes Free, and Google Assistant Voice Recognition is accompanied by a 4.2-inch digital multi-information driver's display. On SV and SR grades, a 7-inch digital driver's display is paired with a "floating" 8-inch multitouch center display that houses NissanConnect featuring Apple CarPlay and Android Auto.

The 2020 Nissan Sentra will be offered in three trim levels: S, SV, and SR. The sporty appearance SR doesn't offer much in the way of added performance beyond bigger wheels and tires, but it does give off that more rarified air.

Historically, the Sentra is the bestselling Nissan model in the United States, with more than six million deliveries since the model debuted for the 1982 model year. Now, with its 8th generation imminent, the Sentra is poised to add significantly more to that total. The sedan market isn't what it used to be, but the new Sentra is more than it used to be, and for the current compact sedan buyer it should be worthy of investigation.